Korean fiction is only just now coming into vogue, with Kyung-Sook Shin and Han Kang making waves in lit circles and bestseller lists. Here are some Korean novels to get you started. 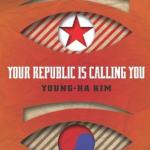 1. Your Republic Is Calling You (Young-Ha Kim) – Though I prefer his earlier novel, I Have the Right to Destroy Myself, this book will undoubtedly have broader appeal. An ordinary man working in Seoul receives a message. Is he a North Korean sleeper agent? How much does his family know? How much does each country want to help him–or bring him down? Less action than you might expect, but more insight into the Two Koreas, and Gi-yeong’s daughter is an unexpectedly brilliant character. 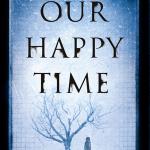 2. Our Happy Time (Ji-young Gong) – If you like Korean dramas, you’ll like this book. At times melodramatic, at times too dependent on tropes, it still has a great deal of emotional power and insight. A rape survivor accompanies her aunt to meet with a man on death row, a rapist and murderer. The impossible costs of forgiveness and compassion are tenderly shown. 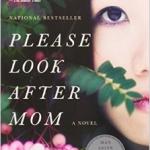 3. Please Look After Mom (Kyung-Sook Shin) – A big hit from a few years ago but still very much worth talking about. An elderly woman goes missing on the subway. Who, exactly is she? She’s many different people, depending on who’s asking: her husband, her children, her love from long ago, and herself. The tumultuous history of postwar Korea finds very personal expression in these interwoven glimpses of a woman’s long, difficult, and triumphant life. 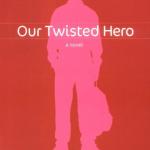 4. Our Twisted Hero (Yi Munyol) – Yi Munyol used to be the only Korean writer you could find translated into English. He was the original, a classic, and rightly so. This story, one of the most insightful looks at bullying that goes far beyond good/bad and aggressor/victim, takes a hard look at the social realities that lead to conflict–and moral compromise. 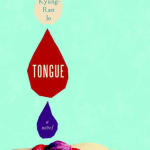 5. Tongue (Kyung-Ran Jo) – A jilted woman’s ex leaves her for a younger clone of herself. But this woman is a chef, and the twisting path of her revenge will have you wincing as you wonder who and what the title refers to. It’s also rather surreal, like Ryu Murakami’s Odishon/Audition. 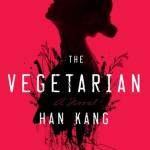 My own to-read: The Vegetarian (Han Kang), about how becoming a vegetarian ruins someone’s life. Also about ethical choices and impossible situations, and not meant to be funny, but yeah, being vegetarian in Korea is really difficult and apparently also destroys bonds of love and family.