In our second to last, or some would say penultimate installment of our series exploring a recently discovered cache of GeeklyCon memorabilia from days of yore. In this postcard from GeeklyCon Liverpool, a member of House Wigglebottom alludes to a prank played on “House Narvahl”, which we are assuming is a typo since that isn’t a word.

supposed to be a prank on Narvahl since they beat us out by only a few points last year, but it may have gotten out of hand?  I mean, this was the only picture taken and you can barely even see the Griffins!

Were having the time of our lives in Liverpol, I only wish you could be here with us!  I’ve made so many new friends, and they’re incredibly welcoming! I’ll beg the parents to let us both g to Geeklycon next year, groovy?

Missing you a ton! 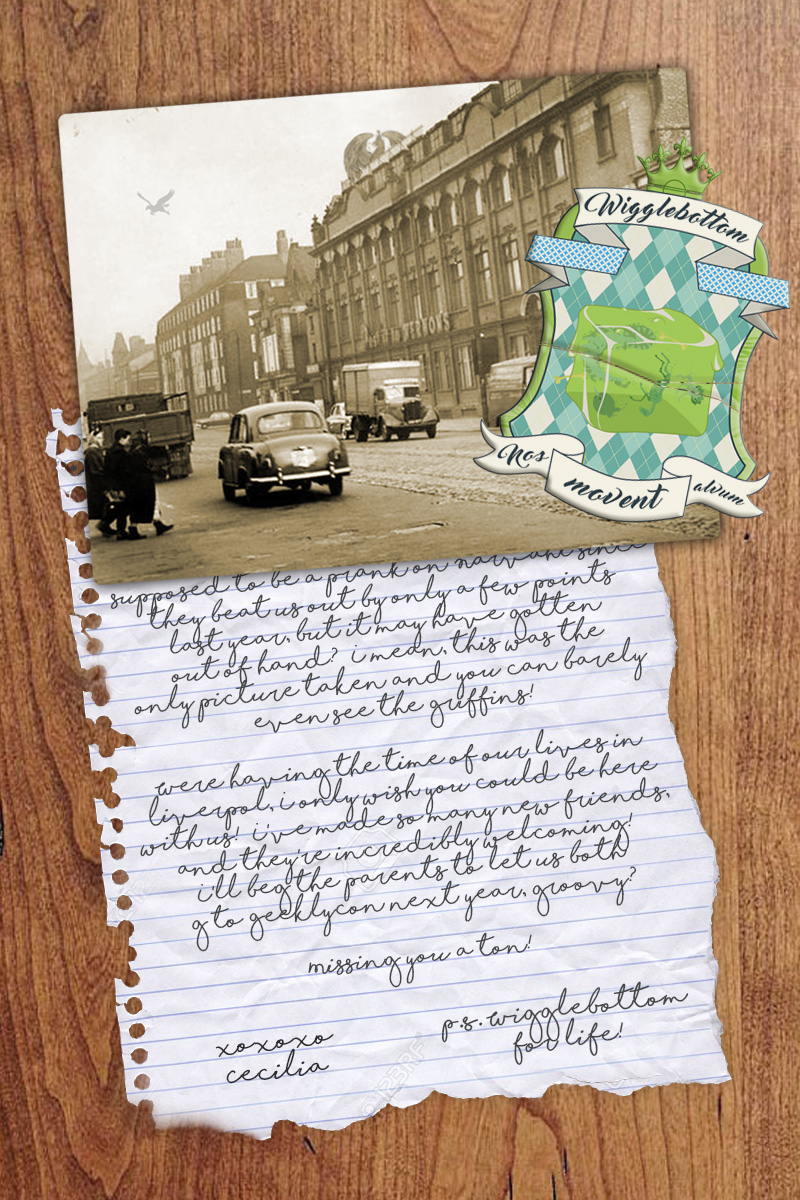