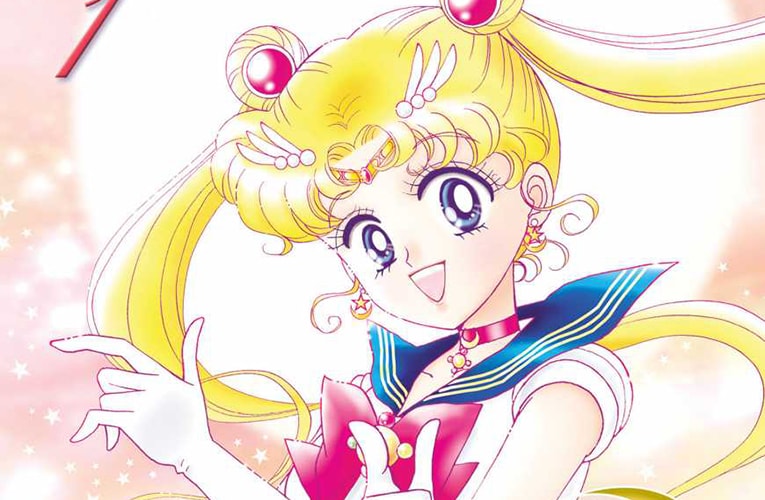 If you’ve spent any amount of time on this website, you know that Sailor Moon is a big part of the fandom of GeeklyInc. We have a real play RPG podcast, a series of articles looking at magical girl shows which was inspired by it, write-ups of the new series episodes… you get the idea. To top that all off, my wife is a huge Moonhead (I assume that’s what the fanbase calls itself). I have seen a few random episodes of the show throughout the years and have heard a lot about it from Brittany, but never taken the time to dig into it myself.

That changes now. I have started where it all began, the manga, and am going volume by volume to see what all the fuss is about. For the sake of these reviews, I’m going to assume you are like me and don’t know the entire series inside and out.

This volume contains the first six chapters of the story (called acts in the comics). It starts by introducing us to Usagi, an ordinary fourteen year old student. Immediately her main character flaws are laid out for comedic effect and we learn that she is perpetually late for school, gets bad grades, and is easily distracted by things like video games, cute boys, and a cat with a bandage on it’s head. Even knowing this, we are endeared to Usagi because we see that, while she has obvious flaws, she genuinely wants to do better. Plus she helped that cat, who was probably from space.

It turns out the cat was from space. Also it can talk. Luna (the cat) figures out that Usagi is one of the guardians she has been looking for. She teaches Usagi how to transform just in time to save her friend Naru from a monster parading around as Naru’s mom. It turns out some evil baddies are trying to steal human energy to revive their dead ruler. This seems to happen by tempting humans with free stuff that they are too dumb to find suspicious.

After her first victory, Usagi is told she needs to assemble her allies, find a mysterious princess and guard her at all costs. The good news is Luna also knows how to use a computer (unlike Usagi) and has a full dossier on their next team member. Throughout this volume, Usagi finds the first three of her new allies, Sailor’s Mercury, Mars, and Jupiter. She also has several run-ins with the mysterious dreamboat Tuxedo Mask, who couldn’t possibly be that same guy Mamoru that she keeps running into. No way. 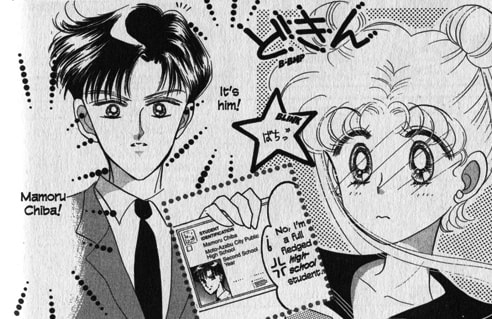 Usagi and some random dude who is not Tuxedo Mask

More battles are fought, more magical accessories are gained, and finally Usagi learns it is her job to find the “Legendary Silver Crystal” and unite her allies in victory against the gathering evil of Queen Beryl. Character development and plot points unfold quickly, likely due to how these stories were first serialized. Chapters fit a lot in without slowing down and there is plenty of content packed into each act.

Because of this, the pacing of each act sometimes feels rushed. There were a few times when I had to re-read panels to make sure I was clear on what had just happened. It wasn’t often enough that it made the book unenjoyable, but I could see a younger reader possibly getting hung up on those spots. I’m also unclear as to why Sailor Moon’s original costume has a cool mask that seems to exist solely so that she can immediately remove it. The mask looked dope. 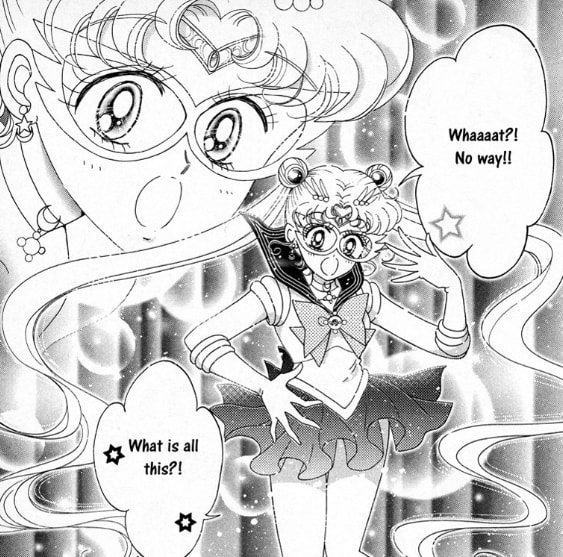 What all this is is a sweet mask.

Overall I found Sailor Moon Volume 1 highly enjoyable. It has some funny character moments and even with it’s quick pace I found myself invested in the characters right from the start. I look forward to continuing my journey into manga history with volume 2. If you have thoughts on Sailor Moon (and I’m sure you do) hit me up in the comments or let me know on Twitter!