There are a lot of talented writers out there, and not all of them publish through big-name houses. Unfortunately, spectacular titles sometimes get lost in the incessant churn of publicity and new releases, but never fear! Here are three titles that deserve to be ranked with the best of the big names. 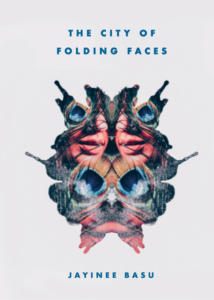 1. The City of Folding Faces (Jayinee Basu) – Though I love me some space opera, I always appreciate when science fiction goes beyond starships and lasers, and especially when it delves into sciences other than physics. This book, written by medical student and neuroscience researcher (and writer, obviously) Jayinee Basu, explores a future in which the disaffected and curious can upload their consciousness. But after their consciousnesses are done phasing through digital realities in dimensions too vast to comprehend, they have to get re-downloaded into their human brains and bodies–and cope with the limitations. These people–called Ruga–have trouble functioning after their transcendent experiences. Some choose to undergo surgery to receive the titular “folding faces,” which introduce new nerves and musculature to allow them to express emotions that previously did not exist. Wonderfully surreal, the book touches on questions of reality, consumerism, and society, but it really centers on a woman named Mara and her boyfriend Arlo. Mara is Ruga; Arlo is not. Is it still possible for them to have a relationship? Does love transcend the face you wear?

Find it from Lanternfish Press 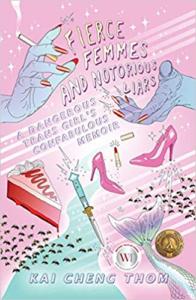 2. Fierce Femmes and Notorious Liars (Kai Cheng Thom) – Kai Cheng Thom wanted to write the “anti-heroine’s journey” and she succeeded and then some. She writes a semi-fictional autobiography of a transgirl of Chinese descent who runs away from her abusive household to live among the fierce femmes of the Street of Miracles. Everyone knows life is dangerous for femmes, but when another transwoman from the community is murdered, the community decides: enough. The narrator helps form the Lipstick Lacerators, femmes who target and beat up straight cis men. But where they expected to find some morsel of justice, they instead find escalating danger and potential disaster. Only by reassessing her true power does the narrator find a place for the warriors, ghosts, saints, and fabulous femmes who live on the Street of Miracles. Is it magical realism? Yes. Is it real magic? Hell yes. This book rolls out its own rainbow carpet and struts down it too, with flower girls scattering roses, glitter, and razor blades all the way.

Find it from Metonymy Press 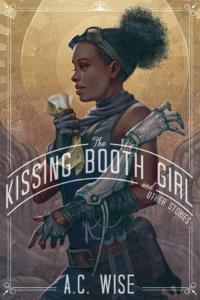 3. The Kissing Booth Girl and Other Stories (A. C. Wise) – I discovered A. C. Wise via her contribution to another short story collection, The Unicorn Anthology. Hers was my favorite entry, and that’s saying something given my love for some of the other contributors: Peter S. Beagle, Garth Nix, and Caitlin R. Kiernan had some good stories, but even they didn’t measure up to her brief, evocative “The Lion and the Unicorn.” That story was so good that I immediately went and bought her collection, The Kissing Booth Girl and Other Stories. And I’m so glad I did. I already have favorites–“Final Girl Theory” and “Sisters of the Blessed Diving Order of Saint Peter and Saint Andrew”–but there’s not a weak one in the bunch. All the stories are so varied and creative that any one of them could make someone hug the book to their chest and sigh. Wise never lets anything be ordinary when it can be extraordinary. “There are better stories to tell,” she says in “Juliet and Juliet(te): A Romance of Alternate Worlds”: better stories than girls who are fridged or exploited, girls who have to bow to narrative instead of it bowing to them. In Wise’s stories, girls get to grow old, get to go away but also to come back, get to explore without getting punished. Some are bright as new pennies, and some are bittersweet like good chocolate. All of them are, like their author, wise.

Find it from Lethe Press (on sale!)