Ever wonder what it would feel like to be a simple connection on a circuit board?  Well, you’re in luck, because Linelight from My Dog Zorro is now available for download!

As someone who enjoys quieter, non-streamlined Indie Games, Linelight seems kind of like a no-brainer win for me.  Your vessel in Linelight  is a small beam of white light that must travel a set path, activating what look like circuits along the way.  To set off platform, gates and ramps in order to progress to the next level (I say “next level” but the whole game develops over a giant map that looks elegant when zoomed out) the player must solve a number of puzzles, the difficulty increasing organically as you progress. Much like Circles but with, unsurprisingly, lines, everything appears straightforward until new elements are introduced, including an opposing red line which must be avoided and a small copy-cat white light that hinders your advancement.  There’s a very neat balance between controlling the co-operation needed between you and you new found friend, and letting go of the control you have and working together as a cohesive unit.

Some levels are very Pac-Man-esque requiring coordination to dodge and weave between dangers, while some are quiet with a straight forward dance of nicely laid out patterns. Both game and sound design are the brainchild of My Dog Zorro, better known as Indie Game Developer Brett Taylor.  I was pleased but not wow-ed by the sound… until I found myself having listened to the same song on loop for over an hour and was still happily humming along.  Analyzing the sound more closely afterwards, I found it hit a very sweet spot of being the exact right soundtrack for the game’s simplistic puzzle genre.  It was mellow and the perfect accompaniment to the flow of the gameplay. 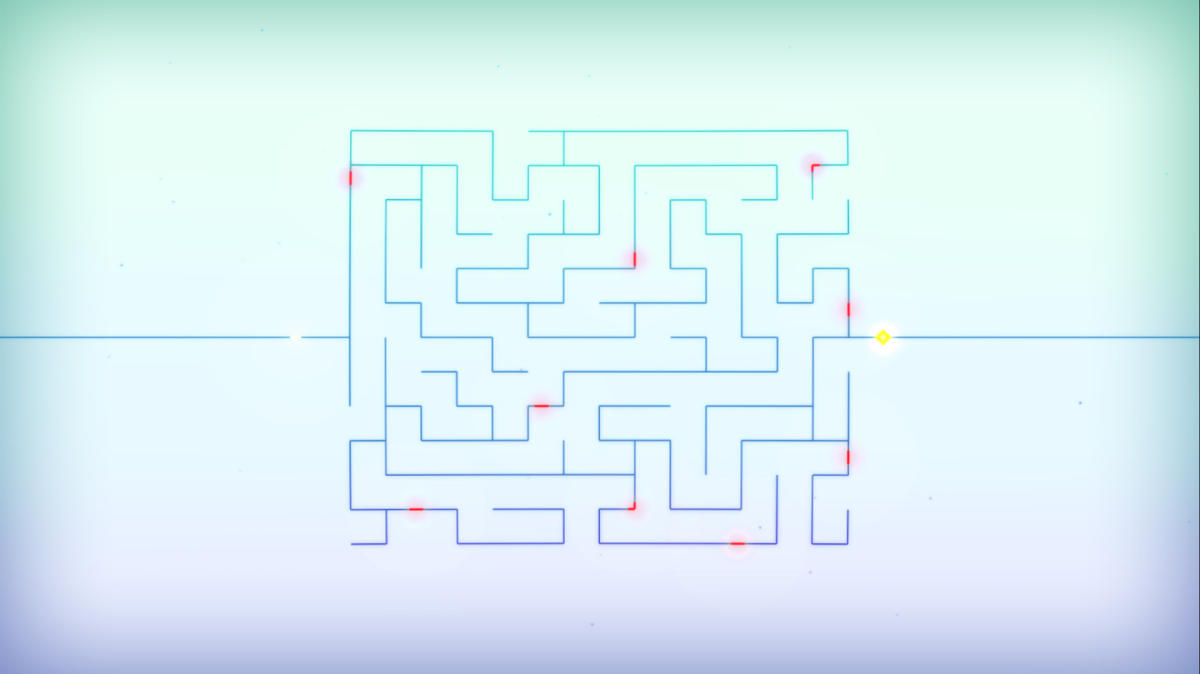 In all, much like previous simple puzzle games I’ve covered, it’s not something I’m going to pick up to play for hours, but for that ten-minutes-a-day when I want something quiet and calming, I’ll definitely be firing up Steam for a quick session.

Linelight is available for Steam and PS4 now, checkout the gameplay trailer below: