During GenCon this year, I had the pleasure of speaking with  Leonidas Vesperini, Mythic Games’ project manager, about the newest Kickstarter project; Time of Legends: Joan of Arc. Mythic Games has a great history of producing entertaining and wonderful games that have become a reality through Kickstarter, including last year’s massively successful Mythic Battles: Pantheon. These games are miniature based tabletop setups that can typically be played in around 45-90 minutes, making them great options that are fast paced and keep the story moving along. The newest member of the Mythic Games family, Time of Legends: Joan of Arc follows the same formula and introduces all the historical figures in the true story of Joan of Arc. This game follows in the same vein as Mythic Battles: Pantheon also in how there is a significant role that the gods and supernatural forces play against (or with) the playable characters. 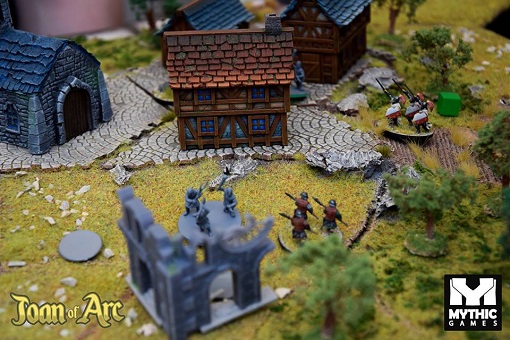 Time of Legends: Joan of Arc includes many beautifully sculpted and quality produced miniatures, that are perfect to be painted for any hobbyist wanting to really bring this game to life. Making sure that no detail is left unnoticed, the game is also going to include buildings and terrain that players interact with throughout game-play. The way the Kickstarter is set up allows for backers to pledge a base amount, which will net the base game as well as all the stretch goals that are unlocked. However, the key is to get your pledge in early to make sure to receive all the pieces and exclusive items as late backers or just buying retail will not include the Kickstarter specific characters. The inclusion of these items transforms the story of Joan of Arc from just a one dimensional boardgame into an immersive tabletop experience. 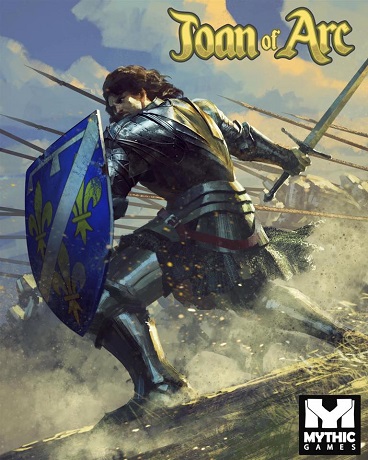 Gameplay itself is split into two different options available to players, either scenario or battle mode. In scenario mode, the players choose one of the several options that present a situation in which you must explore and figure out how to solve the issue. Scenario is a great option for people who enjoy games to be co-op based instead of competitive. However, if your personal play style favors battling it out against friends, then battle mode is the perfect alternative. In battle mode, players choose an army and command them into battle to defeat their foes. No matter which option is preferred, these setup styles allow for numerous ways to replay the game, making Time of Legends: Joan of Arc wonderful for continual fun.

The Kickstarter is live now and going on for the next 30 days. As mentioned earlier, make sure to get your pledge in now to ensure receiving all items (over  200 miniatures, many terrain and building types, and 200+ cards for scenarios and characters) with your backing! Oh and just in case you needed even more reason to back this amazing game, there is even an option to purchase an amazing legendary dragon and a few other characters and scenarios that will enhance the overall gameplay!