When playing role-playing tabletop games, such as Dungeons and Dragons or Pathfinder, the players will often regale each other with the tales of their character’s courageous successes, overcoming hordes of foes, going against all odds, and coming out on top against the BBEG (Big Bad Evil Guy for those who don’t play). Honestly though, we’ve all heard these stories and while they are fun to hear, don’t you ever wonder about what the BBEG is thinking? What is his day like before you stormed the castle, broke his things, and punched him in the face? What if you not only had a chance to go behind the cloak and dagger and see this, but also laughed the whole time? If that sounds like something you would be interested in reading (and believe me, it should), then the comic Steve Lichman, written by Dave Rapoza and Dan Warren, is just the comic collection for you.

Dan sent us over a preview copy of the first volume, and I have to tell you, it is definitely a project worth backing. I had stumbled across a few of these comics about a year ago and it was something I was immediately drawn to, kept reading, and never stopped laughing. The main characters include Steve the Lich, his good friend, Dracula, and scores of other recognizable RPG monsters (think minotaurs, cyclops, etc.)  in pretty “normal” settings and dealing with average topics. The humor of it all is the way in which these situations are handled. It is “normal” if you think about a teenage boy talking with a friend about going to a party and being nervous. But when you put a lich and a vampire in those situations, it comes back being unexpected and hilarious. Dave and Dan also have a great eye in the way to flow conversation and keep it fresh and concise while still be on point with the punch lines and humor. Each chapter that they write tackles new topics and makes me laugh more than the one before. 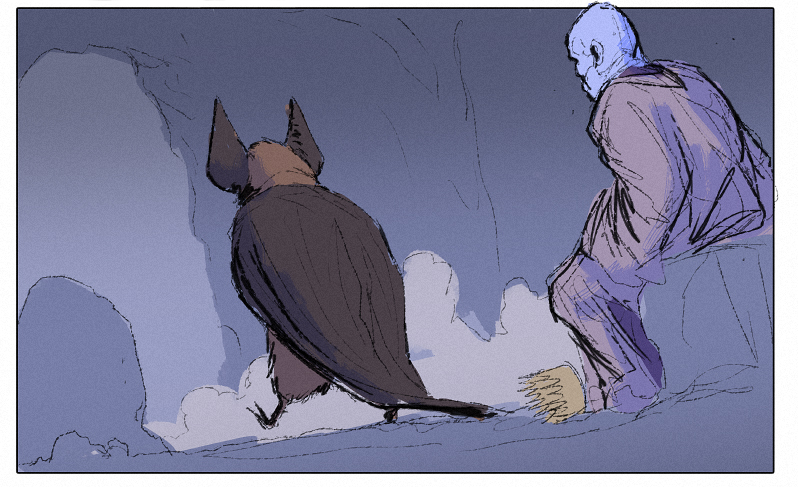 This duo has their Kickstarter coming out next week, September 29th, to support the first volume of the Steve Lichman comics. The Kickstarter is slated to provide access to their fans for a 230 page, hardback book version of the comics that Dan and Dave have been making. The good thing to backers? Theoretically you shouldn’t have to wait for nearly a  year to get your reward as the content has been completed and the Kickstarter is to produce the book and ship it out. That means faster rewards and more time to read the volume and be slayed (figuratively of course) through laughter.

In all honesty, readers, check out these comics. Dave and Dan are both extremely talented individuals who have worked in the gaming industry for some time, so the characters and situations are things that the majority of gamers have encountered or thought about at some point.  This fact, mixed with their style of humor and ability to mix the mundane with the monster, really leaves no reason not to sign up. As I mentioned before the Kickstarter goes live on September 29th, but until then you can get updates here. You can also find Dave (@DaveRapoza) and Dan (@danielwarren86) on Twitter, as well as Steve Lichman on Facebook and Tumblr to get more of their content.