Please note that this contains spoilers for Game of Thrones, including the finale. It also includes spoilers for The Eyes of the Dragon, which came out in 1984, but I’m sure someone will find a way to be mad if I don’t warn you.

In case you were living under several rocks, you know that last night was the Game of Thrones finale, and that people were a little displeased. I am largely unhappy with the end of Game of Thrones for a lot of reasons I won’t get into here. The only reason I’m going to discuss is based on the art of storytelling, which Benioff and Weiss have not mastered. They think they have (of course they do). But what they’ve actually mastered are tricks. They don’t respect their audience; they want to hoodwink and mislead them. And they do it under that trendiest of guises, the twist.

Twists have become an obsession of modern storytelling. Game of Thrones is part of the reason for this, since the first big twists—Ned’s death, the Red Wedding—were so successful. But now it’s a victim of its own success, forever trying to top itself. This last season is the full fruition of twist-motivated storytelling. Daenerys is suddenly evil! Jaime is suddenly back on the incest! Arya’s list is suddenly unimportant! 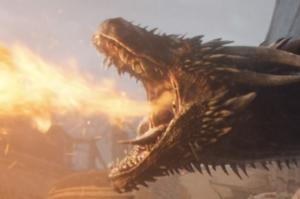 As plot points, these developments are fine. Some are even interesting. Daenerys, isolated and grief-stricken, might well eventually succumb to messianic delusions. Jaime might reasonably prefer the wicked but familiar to the incessant uncertainty of his new status. Arya has a lot to live for. But as twists, they’re cheap. All that exposition without proper setup? It’s the plot equivalent of full frontal: it’s only there to get a visceral reaction. And if the visceral reaction is all there is, if there’s no underlying story to bolster and unify all the shocking moments, everyone gets inured. More tits? Ho hum.

This is already pushing Game of Thrones from a beloved show to a merely important one. Already, people are looking at the show in retrospect and noting all the ways it changed (or didn’t change) the genre, or television, or the portrayal of women, but not the ways they loved it. People don’t love twists. People love stories. And they’re already looking for new ones.

Hulu announced that they would be making a TV series based on The Eyes of the Dragon by Stephen King. Mentioning King’s name can guarantee a minimum of interest, and since this is one of his very few works of high fantasy, it’s easy to see it attracting people who are at loose ends now that GoT is done. 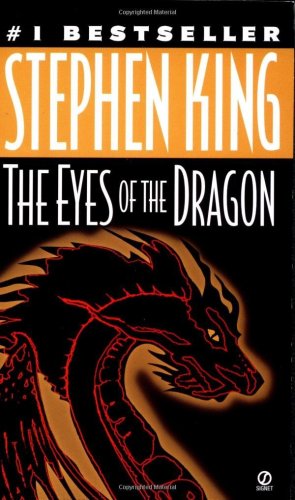 So I read The Eyes of the Dragon. And I noticed something. King never, ever hides what’s going on. The evil characters are evil. The good characters are good. The morally grey or emotionally compromised characters are never disguised as something else. And the plot is ludicrously straightforward. King at many points says exactly what will happen—and then it happens. The central “trick” of the book—an escape from a high tower—is not just foreshadowed but explicitly, methodically detailed.

The climax arrives when the villain, drunk on his own murderous desires, storms up the steps of a high tower to kill an innocent man. That innocent man, at the same time, is enacting an escape plan. The evil man rushes up the steps; the innocent man tries to escape down the side of the tower. Everything had been building to this moment. I was rooted in place. I think I held my breath. I have never cared so much about the exact height of a tower and the weight of a man and the relative tensile strength of cotton fibers. It was excruciating. It was perfect.

King is a master of fright not because of his “gotcha” moments, but because of his commitment to telling the story exactly as it is. Some stories are inherently frightening. They don’t need to be clever. They just need to be as realistic as possible. We care about the escape from the tower not because the trick of the escape is so clever (it’s moderately clever but not any kind of genius twist), but because we love the innocent man. We want to see him succeed. But his chances are so slim! There are so many ways it could all go wrong! What we know provides far more tension than what we don’t. And that is good storytelling.

In the same way, some stories are inherently epic. Game of Thrones was. Kingdoms and armies and zombies and dragons? Yep, sounds epic to me. There doesn’t need to be some big, shocking reveal to up the stakes. The stakes are plenty high. But somehow, Benioff and Weiss never realized that. So they reached again for their favorite crutch, the twist. 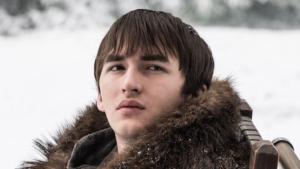 Bran’s enthronement was clearly meant to be a crazy twist. But it was boring. It wasn’t a good or interesting choice, it was just the least wrong choice. Bran has no enemies and no insane flaws. For people whose primary goal was to end a story at all costs, it made sense. We couldn’t be mad at them for choosing Bran the Bland. But we also couldn’t cheer, because they spent multiple seasons intentionally sidelining Bran in order to hide their twist. “No one will guess!” I can hear them laughing, rubbing their hands in glee. And yeah, I didn’t guess. I didn’t guess that a character so utterly absorbed in an unseen world, who did nothing but calmly serve as bait to the Night King and then fail to weigh in on every other important decision after that, would be asked to take charge of details great and small. I didn’t guess that a person who, by his own admission, isn’t even really a person but an avatar of incomprehensible forces, would be king. 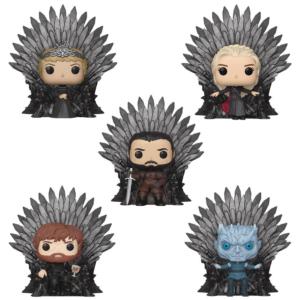 If your story depends on toy sales, you are on the wrong path

How could I care that I didn’t see it coming? I didn’t care about Bran. Benioff and Weiss made sure of it.

A not-even-that-careful observer will note that the Funko Pops released for this season featured the Iron Throne and most of the major characters. But not Bran! Oh, what a clever trick to sell toys and preserve the all-important twist. Everyone is laughing all the way to the bank.

Which is why the three—three!—ham-fisted attempts to take refuge in the ideals of storytelling felt so false. “Let’s pick the guy with the best story,” says Tyrion, picking the guy with definitely the worst story of all of them. “Hey, here’s A Song of Ice and Fire,” exclaims Sam, in a moment with no emotional weight, a moment mostly played for laughs at Tyrion’s expense. “Here is the story of Jaime,” writes Brienne, in the only honest (if ultimately minor) moment of storytelling. The story she’s telling is true. But it’s also a lie. That’s what stories are.

“Fiction is a lie. Good fiction is the truth inside the lie,” Stephen King has said. Shocking moments are lies, and they’re poor ones. They don’t tell us anything meaningful or capital-T True, they just momentarily unnerve us. But the world doesn’t constantly work to unnerve us or unseat our expectations. It’s full of dread and horror, and full of beauty and mystery, and all of it pretty much works the way we expect.

Storytellers walk a narrow bridge, and on one side is shallow shock. On the other is cliché. A lot of people wander into that tempting realm of shock because they want to avoid being cliché. Okay, fair. Clichés are boring. So are shocks, though. Because when people start to expect the shocking, they get preoccupied with trying to make guesses. They get obsessed with who and what. Who will take the Iron Throne? What will they do next?

Those are the least interesting questions. How and why are the most important and interesting questions of storytelling. In The Eyes of the Dragon, we know pretty much what will happen and who will do it. Good defeats evil. Duh. That’s every Stephen King book ever. We just don’t know how it will happen, or why. Why does a character rise up despite his fear and doubt? How does another character realize his terrible mistake and atone? Those are the questions that get at the “truth inside the lie.”

Here’s my controversial hot take: we didn’t watch Game of Thrones for eight seasons over nine years because we cared about who sat on the Iron Throne. A lot of people would have been satisfied by multiple answers, after all. They were pulling for Dany but would be okay with Sansa, or they just didn’t want Cersei, and so on. What they cared about was how and why. So when the Iron Throne melted, nobody cared. Seriously. Trawling all the comments and tweets, not one person expressed sadness that nobody sat on that damn throne, or that Westeros got broken down into six kingdoms with two rulers. It was never about that. It was about the story.

I hope the next stories we read and watch and tell are better. 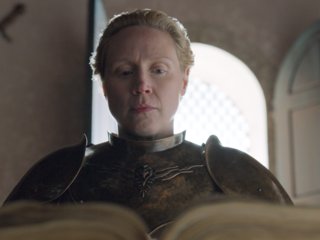