Werewolves are usually stand-ins for the animal side of humanity, all the urges toward lust and death moderated by social convention. The unchecked id, free to roam about the moors, also contains absolution for these urges, since werewolves are often assumed not to be in control of themselves. The fantasy, then, is not just wanton indulgence of impulse but the permission for it, and the ability to move back and forth between man and animal without judgment. 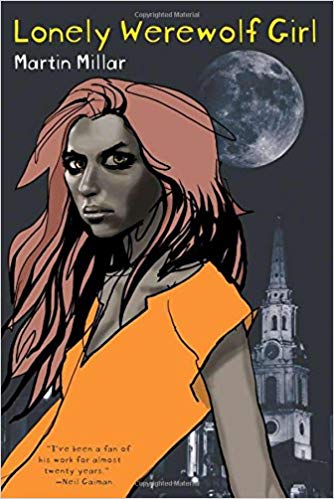 But what happens when self-indulgence becomes self-destruction?

Lonely Werewolf Girl isn’t an elegiac reflection on the question, but rather a dryly humorous one. Martin Millar manages to mock most of the conventions of werewolf lore without mocking his own characters, who get to be silly but never absurd, and who always remain compelling. The humor is decidedly British, wry and a bit tongue-in-cheek. It’s not the more raucous, pun-heavy Terry Pratchett, who, yes, is British—this is drier, more ironical. If you don’t appreciate that sort of humor you probably won’t like this book, which is suffused with it. But if you do, you’ll see it’s no mean feat to combine humor with all the drama and big issues he’s stuffed into the narrative.

Kalix is anorexic, nearly illiterate, suffers from anxiety and depression that manifests in panic attacks and self-harm. She is also a drug addict. This is not at all the portrait of your typical fantasy heroine, and yet Kalix is far more than a tragic or grotesque figure. Because she was born in werewolf form on the night of the full moon, she possesses strength far in excess of her size, and is a match for even the most fearsome of werewolves. This is proven fact: she challenged her own father and defeated him, leaving him clinging to life while she escaped to London. Her warlike nature and her waiflike attributes make for a compelling and nuanced character, and it’s refreshing that the two distinct aspects of her personality provide the motivating conflict, rather than the stereotypical human vs. animal conflict. Kalix has no problem being a werewolf. She and all her relatives can agree on this: being a werewolf is pretty rad.

It’s rad for different reasons, depending on the particular family member. The twins Beauty and Delicious appreciate that their werewolf natures help them survive the ceaseless stream of drugs and alcohol they imbibe, as part of the music scene in London. Sarapen, eldest son of the Thane, revels in his brute strength and long traditions of glorious battle. Markus cares less for strength and more for the supernatural beauty and vitality that his nature lends him, which is useful in picking up women. Only Thrix, head of an up-and-coming fashion house, finds her hidden nature helpful, though she could do without the family politics that come attached. 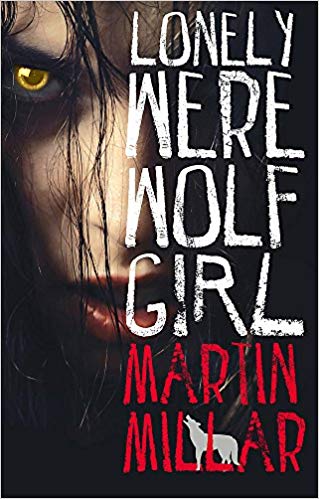 The cast expands rapidly to include a long list of secondary characters. But rather than having one of those indexes of names in the back, always as much nuisance as they are a help, Millar helpfully repeats character information. I don’t know why more authors don’t do this: it’s immensely helpful to be reminded that X is the treacherous cousin of Y, and with Millar’s concise style it’s no distraction.

This meant that I never got confused about the intricacies of werewolf politics, which were very intricate indeed. Multiple clans with varied levels of power competing for seats on a council that decides ultimate leadership of werewolves across the world would be confusing enough, but then there are non-clan entities with designs on the succession: merchants, human werewolf-hunters, fire elementals, and even a few fashion designers have vested interests. All of which makes perfect sense, somehow.

Well, not somehow. It’s clear how. Millar is an excellent writer of the sort who doesn’t mess about with flourishes. His prose is deceptively simple, but entirely immersive. The battles are streamlined, the dialogue natural, and the descriptions effective and short. The first book may be more than 500 pages, but it reads extremely quickly.

The whole series—currently three books, but not exactly wrapped up—reads very quickly, in fact. I couldn’t wait to see how life went on for Kalix, her friends, and her family. Unsurprisingly, nothing is easy for werewolves in London, even if they do have money and glamour to burn. Bad news for them, but good news for readers.

Also, if anyone wants to design a Yum Yum Sugary Snacks band tee, I would buy it in a heartbeat.