Continuing along the path that her first book, The Fire Sermon, laid out, Map of Bones is another measured elegy for a world in ruins. Atomic detonations blanketed the world in cold and ignorance, and the survivors learned to fear anything to do with the blasts. Technology. The past. Each other.

A quirk of the poisoned world has made all children twins, fraternal twins, with one perfectly normal and the other bearing some deformity of body or mind. The perfect children, Alphas, are kept by parents. The imperfect children, Omegas, are branded and banished to communities on the outskirts, cared for by the previous generation of Omegas, since all Omegas are sterile. The Alphas hate and fear their twins, but are unable to destroy them, since the death of your twin means your own death as well. No matter how far apart, no matter how different in station, no matter how healthy one twin is, one twin’s death is both twins’ fate.

Cassandra is the Omega twin, but for years she was able to hide in plain sight. She, like her Alpha twin Zach, looked entirely whole. But inside her head, visions tormented her. She is a seer, a rare Omega with the deformity of psychic powers, destined to go mad. Zach despised her ability to pass, which made both their childhoods uncertain and fraught, and once free of her he embarked on a quest to change the fate of all Omegas. He became the Reformer, a Council member who re-started the machines and began “tanking” Omegas, putting them in stasis so that their Alpha twins could enjoy uninterrupted lives. Cass is determined to stop him from putting Omegas into those lifeless purgatories, but she doesn’t know how. 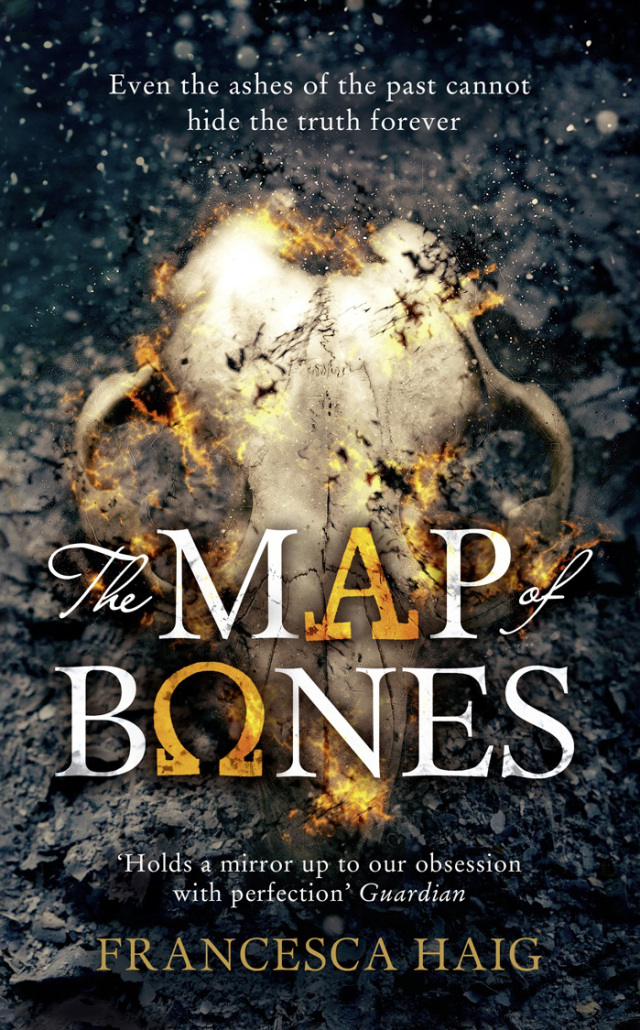 This is not your typical post-apocalyptic fare, with pretty teens making grand gestures to their love interests as well as to the new world order. If I sound snide, it’s because I’m awfully tired of dystopia, not because I hate all of it. I certainly don’t hate this. But it is tiring, in the same way that Cormac McCarthy’s The Road was tiring: its only optimism is survival. There are no daring rescues, no inciting speeches. People break and die so easily, and courage is measured not by gesture, but by endurance.

Cass has endured long, starting from the time when she was betrayed by her twin and imprisoned until now, fleeing in the wake of the destruction of the Omega rebellion and the death of her lover Kip. But she will have to endure yet more: death and battle and privation, and her constant, creeping madness besides. All of this in search of the Ark, a mythic place where survivors of the blast waited out the radiation, rather than endured it. She has no idea what the Ark might tell them, or whether it will lead them to Elsewhere, which is another bare-bones myth. It’s a place where Omegas can be free of oppression. It has no known direction, no features, and no stories.

The ways in which the bomb(s) stripped away particularity and reduced cultures, religions, and histories to Alpha and Omega, Either/Or, Have/Not is a striking insight. More than anything else it speaks to the exhaustion of the characters and humanity as a whole. We would expect endless embellishment on a place like Elsewhere–its gods, its bounty, its beauty–yet everyone deals in its practicalities. Even bards sing of reality and more reality. It’s as if the fire was hot enough to burn the magic right out of us.

This is why Cass finds it so difficult to advance her philosophy of Alpha-Omega equality: no one has time for fairy-tales (another word for ideals). Cass is a highly moral voice, almost painfully principled, advocating against torture and appeasement at every turn. She firmly believes in the equality of Alphas and Omegas, a stance arising from her unusual childhood spent being treated as a potential Alpha. It’s hard for her to make her voice heard, though, since Alphas and Omegas have been segregated and taught to fear one another since birth. The metaphor for any this-worldly instance of discrimination is clear: any Other is quite literally your sibling, and your survival is literally tied to theirs.

It’s a heavy lesson, and not one that’s easy to read in this story’s blasted, desolate context. But it’s still and important and well-written one, and one worth reading to the honestly quite shocking twist at the end. Ah, the ending. It’s a cool, bright light after all the fire and gloom, and there’s such a pure pleasure upon reaching it. It really is beautiful. But you have to earn that ending—you, too, have to endure—to see what comes after the blast.