Whether you want to admit it or not, we are in the midst of the VR wars. Three huge companies are vying for your dollars in what they feel is the next “big thing” in entertainment. We all remember the “force feedback” wars of the early 2000’s. Hello six axis. These things are not cheap though, and you are probably wondering which headset you should invest in. Here are some quick impressions of each from this years PAX.

All three headsets (HTC Vive, Oculus, Playstation VR) are actually very similar in a lot of ways. They all have about the same field of view. If you cup your hands on the side of your face, that’s about what it looks like. They all use a lens to morph the screen and things get blurry around the edges of your vision if the headset isn’t set right on your head. You can also see the pixels on them, the screen door effect. This was pretty similar across the board. So all that being said, how do they differ?

I got to try Vive first at the show playing several games which I’ll go into more depth in a different article, but it’s easily the most impressive. It’s quite large and fits snugly around my glasses and was quite comfortable. It has two paddle controllers that are tracked in 3d space by the Lighthouse stations. Having a 1 to 1 connection with you and the game world is very immersive. It takes you out of just looking through a window and puts you there. You feel like you belong in the world.

Immediately after playing with the Vive, I looked at the consumer Oculus. The Oculus feels the lightest on your head. It also feels solid and the most ready for heavy use. Unfortunately it is not glasses friendly. It actually hurt wearing my glasses under it. The performance was on par with the others but without the motion controls it is lacking right now behind the Vive for me. 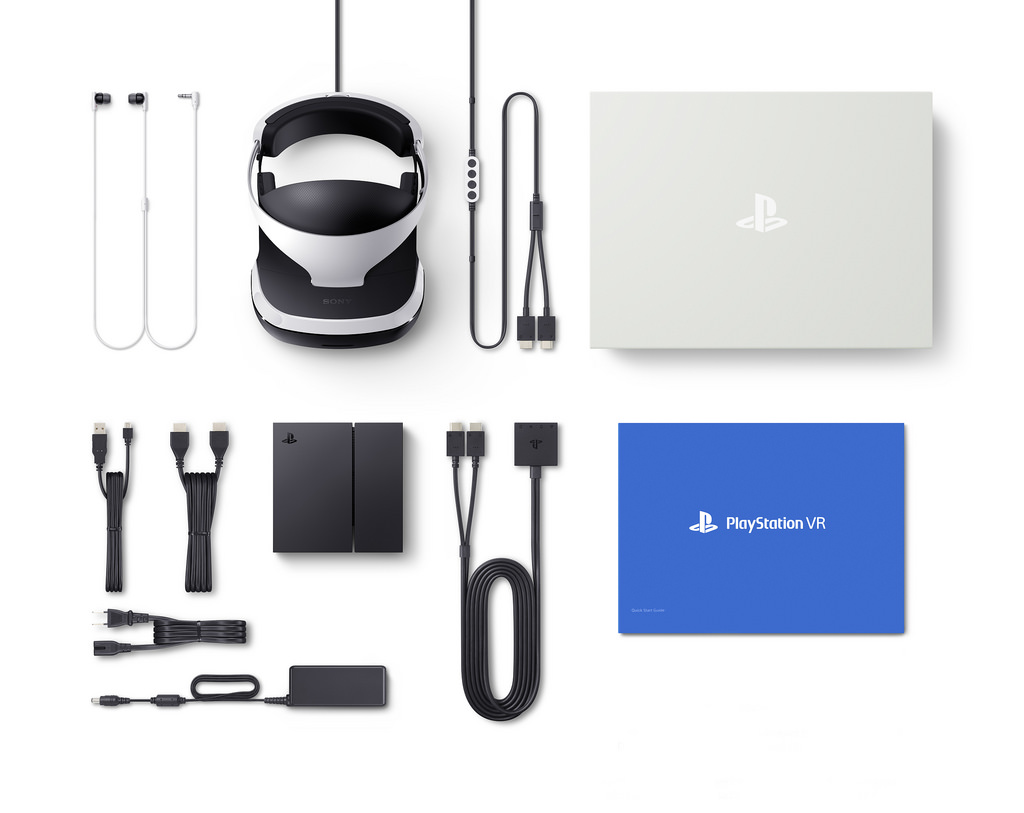 Later in the day I checked out the Playstation VR. This is by far the most comfortable headset to wear. They weren’t afraid of making it wider and having it just rest on your face. Unfortunately it was the only one that made me motion sick. This may be because it wasn’t tight enough and was moving slightly when I turned my head or it could just be the game was too intense. With games needing to be ultra responsive at 90fps, any hickups will cause motion sickness and I’m not sure the PS4 is up to the task.

If you already have the high end gaming PC and the space, get the Vive, if you’re everyone else lets wait and see. The games will make or break these things.