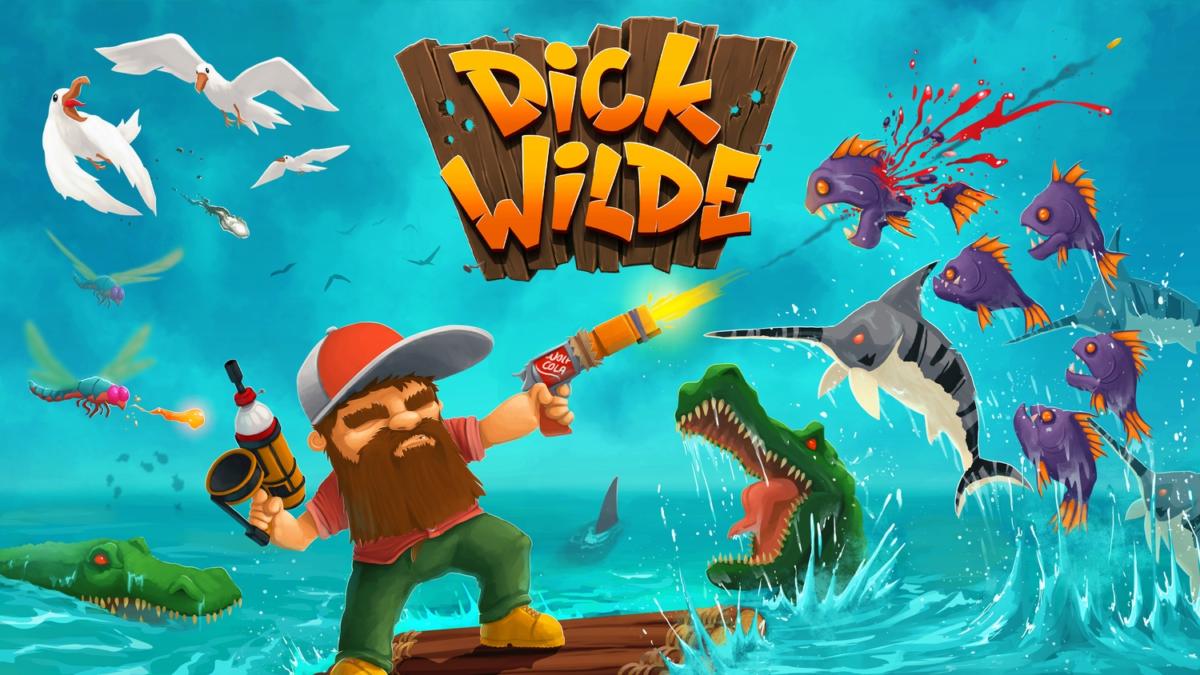 Dick Wilde is the latest game in the VR horde shooting genre with enough style to be worth taking a look at. While most VR games have you mowing down waves of vicious zombies or evil robots, developer Kittypocaylpse takes aim at our greatest threat, nature.

You play as Dick Wilde, the ultimate outdoors-man, using an arsenal of weapons at your choosing to hold back nature. During my hands on at PAX East I got to try two of the weapons on the swamp stage. You are stranded in the middle of a swamp and waves of enemies with varying attack patterns work their way towards you. If you fail to clear them out in the distance, things get hectic quickly.

My first run through was with the shotgun/rifle combo. It’s a shotgun that can change to a rifle for long range shooting. For some reason the shotgun appeared in my left hand (my non dominant hand) and I couldn’t figure out how to move it. In my right hand I had a shield for deflecting incoming projectiles. The crocodiles are heavy threats and need to be taken out at a distance. The birds are hard to hit, and will crap on you, obscuring your vision, and leaving you no choice but to blind fire into the swamp. Then there’s the piranhas, damn you piranhas! You see them at a distance jumping out of the water, tempting you to shoot them at a distance, before they get up close and pounce.

For my second run through, I used the revolver, which gave me two guns but no shield. It was easier to get kills, but not having something to block means I was dipping and dodging on the show floor and working up a sweat.

After completing each wave of evil nature life, you get an upgrade. You can grab health if you took a lot of damage, or you can pick an automated offensive device such as a turret gun, rockets, or mines. These have limited ammo and you can only have one per wave.

After fumbling through two rounds, I was proud of myself, I am a VR pro by the way. Surely I had placed on the top of their leader-board for their PAX contest, I hadn’t. I guess I need more practice.

Dick Wilde comes out to all PC VR’s on March 30th for $19.99, with a PSVR release sometime after