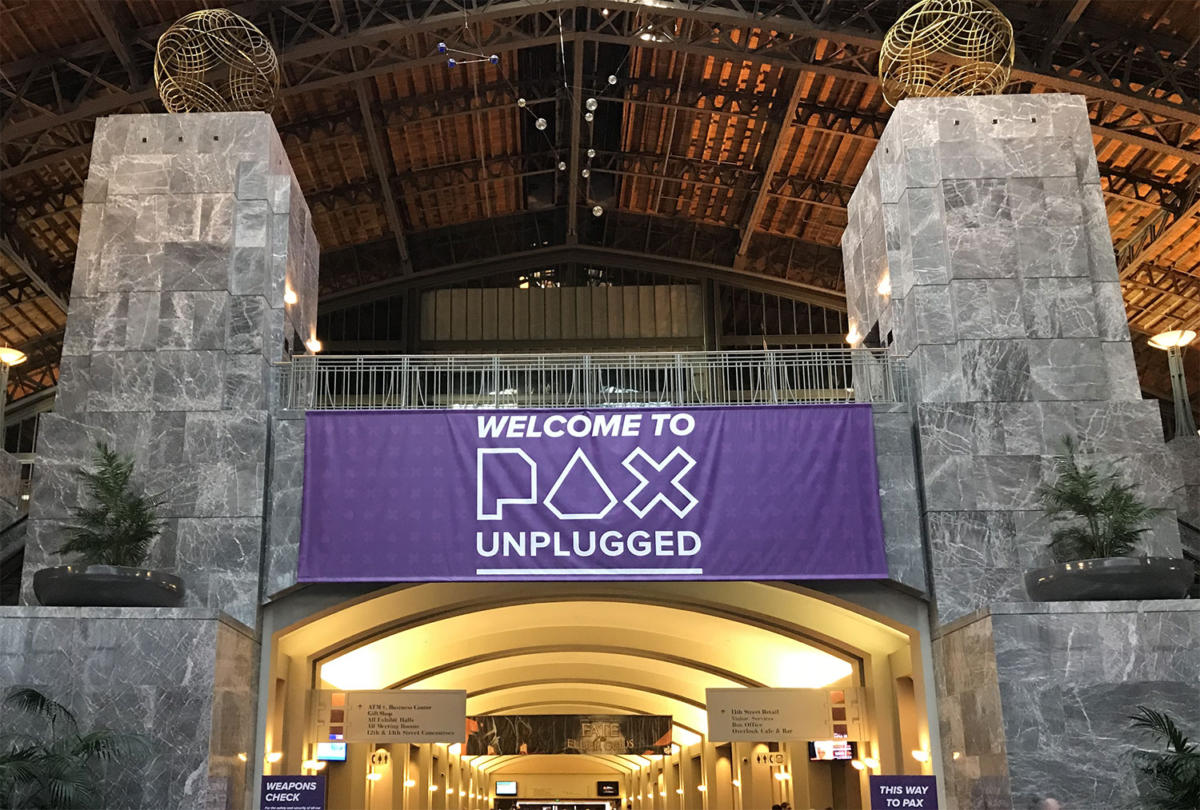 The number of PAX conventions taking place each year continues to grow, and the latest – PAX Unplugged – focuses on analog gaming like board games and tabletop RPGs. PAXU took place in Philadelphia, PA from November 17 – 19, and let me tell you, it didn’t disappoint.

If you have attended other PAX conventions, you will have a pretty good idea how PAXU is set up. There is a huge convention hall, half of which is filled with gaming company booths, and the other half is dedicated to tables for attendees to play games. Surrounding the main hall were smaller rooms with more niche activities like painting miniatures, and panels on loads of different topics. 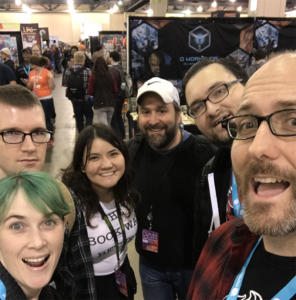 The one thing that Pennsylvania Convention Center seemed to be missing was a viable main stage to hold large panels. In it’s place, they roped off a section of the convention hall, and set up some folding chairs and a stage. It definitely felt like a downgrade from other PAX conventions.

My only other real complaint also involved the big panels, but this gripe is due to scheduling. The center piece actual-play Dungeons and Dragons shows including Acquisitions Inc. were scheduled for 8pm, which meant choosing between that and grabbing post-dinner drinks with friends. There was also the glaring omission of a live show of the Academy Award winning podcast, Drunks and Dragons.

Beyond those slight quibbles, I have to say PAXU was one of my favorite conventions to attend. It wasn’t packed to the gills with attendees, so getting around the show floor was easy. The theme of analog games was also very appealing. As an avid tabletop gamer, the percentage of booths I found interesting was much higher.

Philadelphia was a good host city, though November probably isn’t the best time to visit. This is par for the course since PAX has a history of making poor timing choices (I’m looking at you Boston in March). The best part may have been having Reading Terminal Market right across the street. The endless food choices meant never having to eat convention hall food.

Overall I think PAXU was a success, and I’m expecting 2018 (dates yet to be announced) to be packed. I know that I’ll be returning for sure!