If you aren’t familiar with the concept, Free Comic Book Day happens every year on the first Saturday of May at your local comic shop. Most stores run special sales, have costume contests, and of course, the titular free comic books. “Wait, my local store does this every year?” you might be asking. It’s highly likely! Celebrating it’s 15th year, Free Comic Book Day’s mission is to show people who don’t normally shop at comic book stores how awesome the experience can be. And what better way to get you in the door than with free stuff?

“So I can take any comic off the shelf for free?”

I’ve seen this asked a lot and no, that’s not quite how it works. You see, every year a selection of special FCBD issues are sent to stores. Some are issue zeros that give backstory and introduce you to a series. Some are reprints of an #1 in case you missed it the first time around. Some are collections of a few different comics all from the same publisher. Make sure you check with your local shop for their rules on how many comics you are allowed to take. And remember, those free comics are free for you and me, but the shop still had to pay to get them. Make sure you buy something cool to go along with your freebies if you can. It’s not required, but it’s always appreciated.

Since a bunch of us here at GeeklyInc are comic nerds, we wanted to share what we love about Free Comic Book Day. And don’t forget you can see the complete list of available free books on the official website! 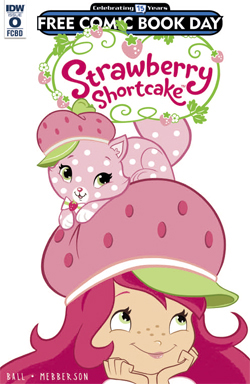 Jonah
My wife and I have been going to Everett Comics here in Washington state for years. Pretty much ever since we were married and Brittany got a job across the street from them. They always make Free Comic Book Day an event. Costume contests, sales, raffles, super-hero themed treats; basically anything you can think of to make it a fun time for the whole family. Last year, the kids and I even won the group category in their costume contest. 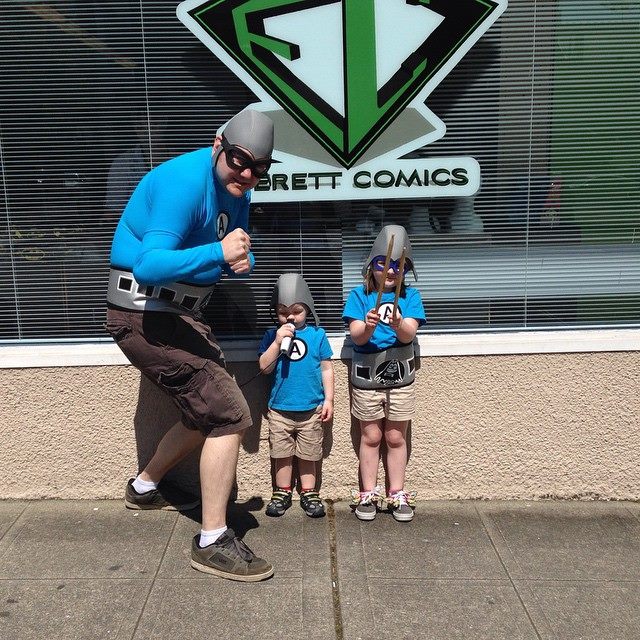 And if we die before the battle’s through / tell your moms, tell your dads / that we were super rad!

I always try to keep my eye out for stuff I haven’t read before or that maybe I missed the first time around. That’s why I am looking forward to picking up 2000 AD. The cover features Dredd and it promises to be “Forty-eight pages of thrill-drenched Sci-Fi from Britain’s greatest comic!” That’s definitely something I can get behind. There is also a special FCBD issue of The Tick that I’d love to get my hands on. If you don’t know, The Tick is a great super-hero comedy. It has also been a cartoon and live-action show starring Patrick Warburton in the past. Since the whole family will be with me, I’m happy to say the collection of kid friendly comics looks like it’s better than ever, with Strawberry Shortcake #0, DC Super Hero Girls, Pokemon, and more. 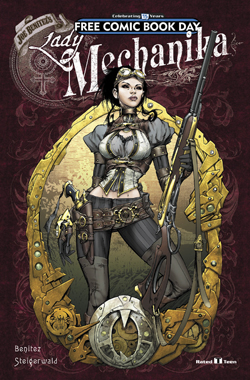 Kieran:
I love Free Comic Book day. Not only is it a sign that my birthday is just around the corner, it’s a day dedicated to some of my most favorite things. Reading, comics, charity, and being really cheap. This year’s Free Comic Book Day is shaping up to be quite excellent with some interesting, less conventional titles on offer amongst the usual cartoon tie-ins. FCBD at my local shop (Heroes for Sale on Karangahape Road for any of you who happen to be in New Zealand) is a great time. Costumes are encouraged and rewarded with more comics, while local game-makers and artists make an appearance and interact with fans. My local store also uses FCBD to raise money for charity, with every gold coin getting you 2 comics and dropping into a bucket for KidsCan. Charity and costumes aside (and even comics aside really), what I really love about FCBD is the sheer number of people who get involved. It’s just plain fantastic to see so many people getting fired up and excited about reading and getting into comics, and that to me is what the whole day is really about.

This weekend I’ll be looking to pick up Joe Benitez’s Lady Mechanika, a steampunk-infused, lady-led mystery set in Victorian England. I’m also fairly intrigued by Grant Morrison’s Avatarex: Destroyer of Darkness, partly because Grant Morrison is excellent, but also because the idea of an apocalypse fighting super-being lost in time is just plain bananas. And because I also use FCBD to pick up some weird things, I’ll also be getting a copy of Luke Pearson’s Hilda, a cartoony adventure through a magical forest. Super stuff. 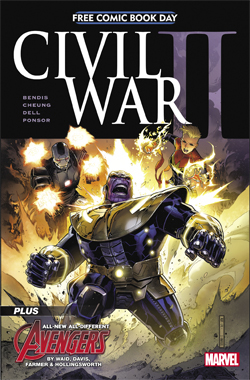 Courtney:
Free Comic Book Day is a day I usually forget about. This year is the first that I will be celebrating, and I’m pretty excited about it. My local comic shop (Mayhem in Des Moines if you are interested) has always been extremely friendly to new comic book readers like myself. This year there are costume contests and a raffle for tickets to the upcoming Wizard World con in town, so even without the draw of free books, the store will surely see a crowd. As I mentioned, the world of comic books is pretty new to me. I just started reading them regularly about a year ago, so I like to think my enthusiasm makes up for a lack of experience. For me, the reason FCBD is so exciting is that I get to pick up a bunch of books that normally I wouldn’t. Though there is one book I’m particularly excited about: Civil War II, which pits my favorite Marvel character, Captain Marvel, against Iron Man. Now, Captain Marvel is the reason I started reading comics. Specifically Carol Danvers. To see this character on a stage as large as something like Civil War is really exciting. Regardless of what books I pick up, I know that Free Comic Book Day means getting to talk to other people who love the medium as much as I do.