In honor of Pride and to celebrate the diversity of gender and sexuality in the face of hate, here is a list of books with LGBTQIA characters. Most of these books are also intersectional with issues of class, race, and culture. I hope you find something that reflects your experience, and I hope you also find something that broadens it, too. 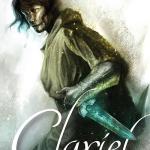 1. Clariel – since asexual peeps are usually the last to get any love, I’m making this first on my list. (Also, it’s mega-awesome.) The main character is asexual, ass-kicking, and complex, bound by her family but drawn to the solitude of the forest. Also, she’s a female berserker, something I’ve never seen outside an MMORPG. Plus, necromancy and dire evil and a kingdom in peril! 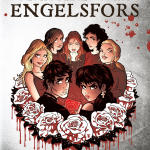 2. The Engelfors Trilogy – I’ll warn you up front that this lesbian romance is a slow burn, and the trilogy is LONG. It clocks in at about 2,200 pages across three books, and it’s not until the second book that you really get to see two girls begin the slow dance of courtship. These girls are all different, and I don’t mean that in terms of the elements they wield. There are vastly different psychological portraits of being a teenager, all of them complicated and grounded in reality. 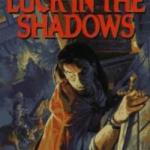 3. The Nightrunners Trilogy – Before I even knew what it was to be gay—before there was ever a national conversation or really any education or understanding–I read Lynn Flewelling’s Luck in the Shadows. A dashing gentleman thief and royal spy meets a poor but talented huntsman, and…well, sparks do fly, but they’re as much magical conflagrations and parts of clever ruses as they are romantic. Exciting, endearing, and just damn fun. 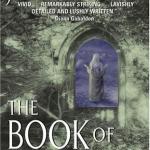 4. Book of Shadows – a sexy, slightly pulpy book featuring a wildly powerful witch in the 1800’s who is both male and female. She sleeps with ghosts, escapes a convent, and treats with demons. Her tutor is another sexy, deadly witch, but ultimately it’s Herculine who must find her own power and her own path as the first witch who has ever had male characteristics to go along with her female ones. 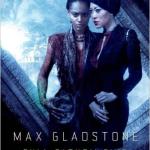 5. Full Fathom Five – the main character is accomplished, curious, and lovingly devoted to her homeland. She also happens to be trans. Kai must find a way to rescue gods and children both as she delves deeper into her corporation’s shady deals. Cultural exploration and cultural exploitation are major themes, as is an economics-based magic system that’s much better than it sounds. 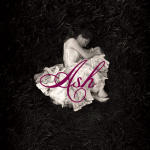 6. Ash – Cinderella, but not like Disney or the Grimms told it to you. There are wicked fairies, hedge-witches, and at the center of it, a bereft girl who wants so many things she can’t have. Or can she? 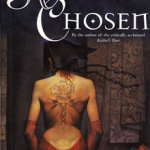 7. The Kushiel Trilogy – There are hints now of a conversation around BSDM and where it belongs within the larger conversation of sexuality. Is it an orientation? A different spectrum? It’s something we’ll need to discuss. In the meantime, this book is set in a world that is exceptionally accepting because of the way its religion evolved. Phaedra is a bisexual sex worker (in a world in which prostitutes are the equivalent of a priesthood) who has been blessed by one of the god-angels to take pleasure from pain. She navigates many loves and many horrors in order to revenge herself on a woman equally gifted at inflicting pain as Phaedra is at transforming it. 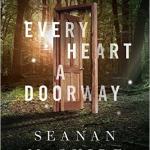 8. Every Heart a Doorway – Features an asexual character and a trans character, both teenagers, both “chosen ones” who have been to some version of fairyland. They’ve also both been kicked out, and want nothing except to return. A subtle allegory of those who have lost friends and homes because of their sexuality, and a gorgeous, terrible, hopeful rumination on finding the place you belong. 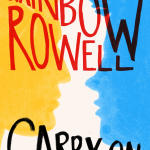 9. Carry On – It’s Harry Potter if Harry and Draco were the destined couple (and if one of them were a vampire). ‘Nuff said. 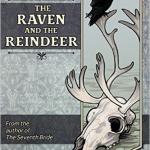 10. The Raven and the Reindeer – the Winter Queen fairy tale as reimagined by the wry and wonderful Ursula Vernon. Greta goes on a rather ill-planned quest when her sweetheart is captured by the Winter Queen, but she learns quickly how to care for herself and others in ways she never expected. Also features a wisecracking crow and the philosophy of reindeer, which is honestly rather a nice one. 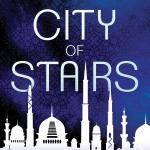 11. City of Stairs – Vohannes is a titan of industry and progressiveness to some, and a national traitor and saboteur to others. He may be aiding a murder investigation, or he may be trying to use the whole affair to make Shara, the main character, slip up. Sly, humorous, and deadly clever, Vohannes is a fantastic character, and his speech at the end in defiance of those who hate his sexuality made me want to stand up and cheer. In real life, we can only stand up to those who quote religion. Vohannes literally hurls his defiance at god himself. 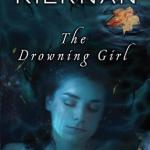 12. The Drowning Girl – India Morgan Phelps’s story begins when she finds a naked woman by the side of the road in rural New England. She and her girlfriend (incidentally, a transwoman), try to unravel this mysterious event and woman, but find themselves unraveling instead. What follows is a thoroughly disturbing and ultimately compassionate portrait of someone who may be experiencing the supernatural or may be suffering from the delusions of schizophrenia. This is Kiernan’s most autobiographical novel, and many think also her best. 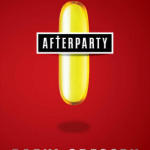 13. Afterparty – Lyda is in a psych hospital following a disastrous celebration during which she, her partner, and their whole R&D team were dosed with the drug they had just designed. None of them remember what happened, but Lyda’s partner–and their unborn child–is dead, and everyone else now suffers from the hallucinogenic side effects of Numinous, a drug that will let you see the supernatural–or just gives delusional form to your religious feelings. Tormented but badass lady scientists stopping a drug conspiracy and maybe being spoken to by God? Yeah, it’s cool. 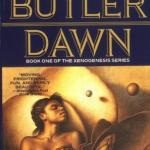 14. The Lilith’s Brood Trilogy – A classic of science fiction that takes aliens and the question of alien-ness into the bedroom. Lilith, resurrected after an apocalypse on earth, finds that her existence and the existence of humanity now may rely on interbreeding with an alien race. This race has three genders, and while they seem to be benevolent, their power raises questions about the true nature of consent and reproduction. Sex is not just political here, but a matter of how humanity will decide to express and define itself. 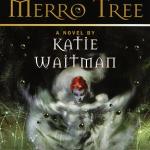 15. The Merro Tree – an unsung classic, this features an inter-species, poly gay couple who fight against the censorship and regulation of art. Thissiz, a gifted performer and creator, has loved fellow artist Mikk since childhood, and his unwavering support of his lover’s quest for experience and connection through art is a beautiful expression of devotion that knows no bounds of time or space. Sweet and fiery by turns, this is the cure if you’re sick of romance with too much angst. 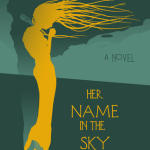 Honorable Mention: Shadow Scale (LGBTQIA characters are not really at the forefront but are thoughtfully represented, you also need to read Seraphina first)

My own to-read: the Captive Prince trilogy, Of Fire and Stars, Her Name in the Sky (not SFF but whatever)