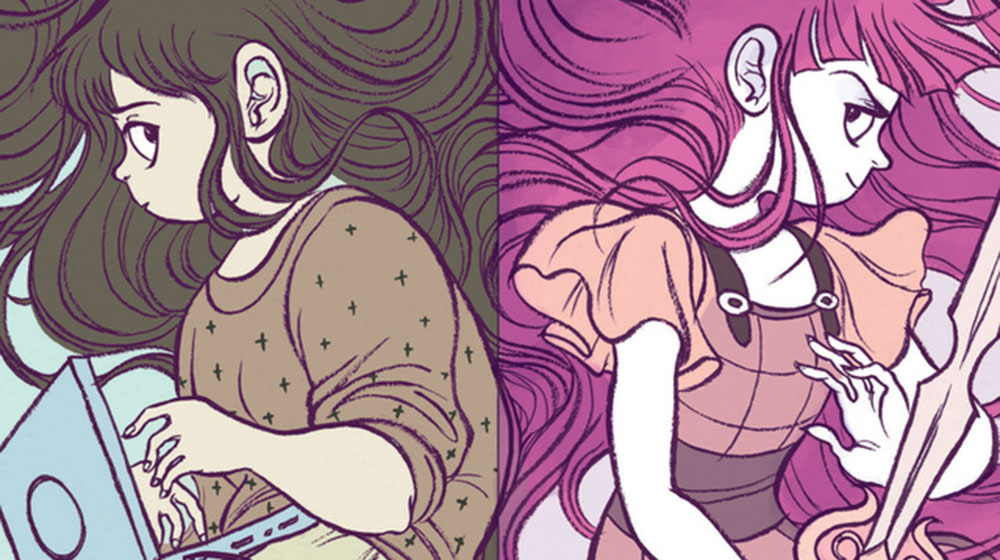 In Real Life is Jen Wang’s adaptation of the Cory Doctorow short story “Anda’s Game”. It is a tale of economics and video games. It’s a story of kids wanting to hang out and play, and others who don’t have a lot of choice in the matter. It’s the story of a girl who meets a boy and how they are able to communicate in real time thanks to the internet, even though they live on opposite sides of the world and speak different languages. It’s also a story about how the world can be an unjust and cruel place sometimes, and how that is very very hard to change. It is also beautifully illustrated.

Anda Bridge is a nerdy high school student that loves D&D, programming, and to the shock of no one, video games. One day her programming class is visited by a hip and cool guest speaker who is the leader of the biggest all-female guild in the popular, made up for the story MMO Coarsegold Online. She offers all the girls in the class a chance to join the guild. Anda jumps at the opportunity.

After convincing her mom to allow her to play online with the stipulation that she will only be playing with other girls her own age, she joins the guild. It isn’t long before Anda, being a natural at Coarsegold Online, is offered a paying gig: killing in-game gold farmers. You see, the problem with an MMO’s economy is that it can get really messed up if people farm gold, the in-game currency, for the sole purpose of selling it for real world dollars. This gives players who would rather spend money than time and effort an advantage over players who either can’t afford these kinds of shortcuts, or who would just rather play the game as it was intended. 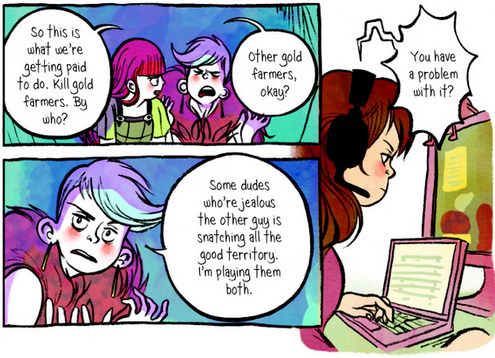 Anda is really good at taking down the gold farmers, and soon she and her friends are making a pretty good business of it. That is until she talks to one of them.

As it turns out, most gold-farmers are also young people who happen to live in other countries. Most have to work to help support their families. They work long hours with very few, if any, breaks. If they get hurt or sick, they can’t afford to do anything about it. They work through the pain, the sickness, the poor conditions. Anda is exposed for the first time in her life to a bigger world. One that can be cruel and unjust, and that she feels a burning desire to change.

That is what I enjoyed about In Real Life. It starts as a simple story, then hits you with a sharp left turn that puts things in perspective. Anda learns the hard way that good intentions can backfire. Sometimes, when you try to help the people you care about, you can inadvertently make things worse. It touches on some pretty tough subjects, which is nice for a book that is listed as being for the YA crowd. It’s a book that wants to get you thinking about consumption as a citizen of the “First World”, and how that can affect people in other parts of the world negatively.

It’s an enjoyable read and the messages it wants to convey aren’t so heavy handed as to be distracting. Things pan out a little too cleanly in the end, but I’m not so cynical as to think a happy ending destroys the points the book is trying to make. I’d give this one a read. 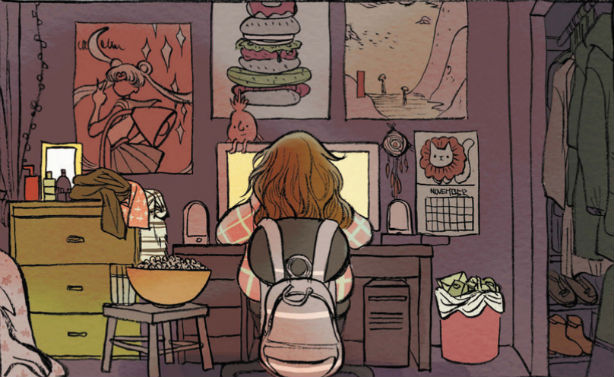