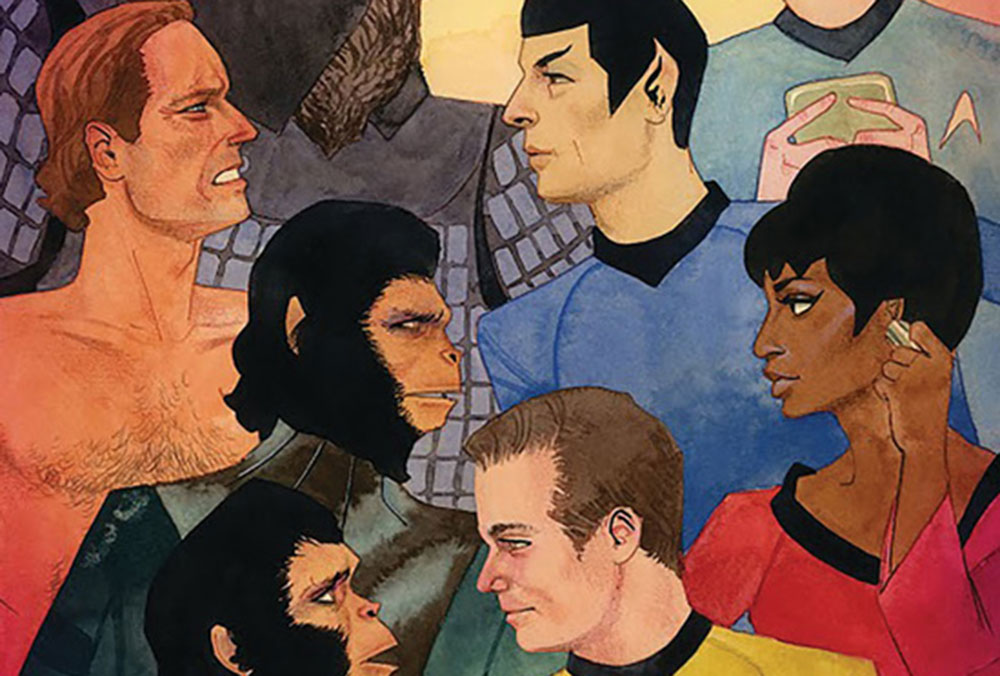 I’ve been pleasantly surprised with how well done Star Trek / Planet of the Apes: The Primate Directive has been handled so far. Both sides of the crossover feel true to their respective franchises, and the character interactions have been handled well. Issue 3 continues to deliver, but feels content light compared to the last two issues.

Issue three opens with our old pal Dr. Zaius in his study writing. Here we learn that the apes haven’t been so great with their planet. Their fields are overworked, the population is exploding, and if they don’t find a sustainable way to increase their agricultural output, they are going to be in some serious trouble in the famine department.

Things are so bad, in fact, that they are willing to break their sanction against venturing into the forbidden zone and have already started to send out scouting parties in search of sustainable land. Unfortunately, that hasn’t ended well. The only scout that has ever returned went insane, and there were multiple reports of “strange manifestations” happening in the area. Dr. Zaius knows is there is war brewing and he isn’t sure if there is any way to stop it.

As we saw at the end of issue 2, Taylor clobbered Chekov and stole his communicator. He manages to get the transporter engineer to beam him to the Enterprise, where he attacks the guard, steals his clothes, and starts searching the ship for some technology that will give him an advantage over the apes, which he sees as his adversaries. 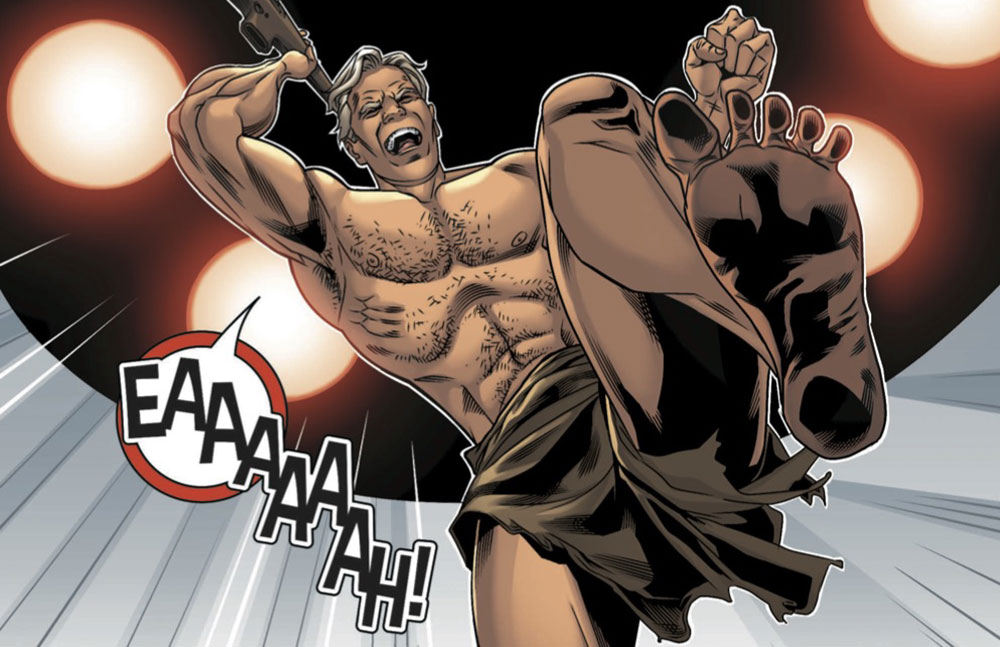 After a brief search, he finds the shuttlebay and attempts to steal a ship for himself. Kirk and Spock manage to track Taylor down, but Kirk’s attempt to reason with him end in a very Star Trek style fight scene.

Meanwhile back on the surface, we see the Klingon Kor is at it again, giving more weapons to the apes. His main contact, the ape General Marius, is given a phaser and a Klingon sash to show the others that he is Kor’s right hand man… ape.

Issue 3 goes by quickly. There isn’t nearly as much exposition as the first two, which also means some of the more interesting philosophical discussions were absent. That’s okay though. It gives the issue time to focus a little more on the action side of things. It is also the turning point where we see Taylor start to come around to the Enterprise crew’s way of thinking (that war isn’t the answer to every problem). We also get a little more insight into the ape society and find out that they have their own problems just trying to survive day to day and keep the peace.

Star Trek / Planet of the Apes #3 is not as strong as the first two entries, but it’s a decent issue in it’s own right.

Star Trek / Planet of the Apes: The Primate Directive #3 was written by Scott Tipton and David Tipton with are by Rachael Stott.