In the port city of Vastai, to serve as the Raven’s Lease is to one day sacrifice yourself to the god known as the Raven so he will, in turn, serve and protect that port and its citizens. It is a great honor, and one Mawat, the heir to the current lease, has come home to take his father’s place. What he and his aide and former soldier Eolo will return to the city to find is someone has taken his place and his father has gone missing. and in his stead, his uncle has become the new Lease. If The Broken Earth series by N.K. Jemisin didn’t complete relieve my skepticism of writing in second person point-of-view than The Raven Tower completely sold the style as a great device for storytelling in fantasy.

You are Eolo, warrior and aide to Mawat that the storyteller speaks directly to throughout the novel as if they’re watching you while telling their story. Who the storyteller is and how their story connects with Eolo’s seems lost in the mists at first but small reveals unfold as the novel goes showcases Leckie’s gift for plotting and pacing. The manner in which the two stories meet will have you astonished; both and what transpires and how you managed to not make those connections earlier. In hindsight, it seems obvious, but the storyteller’s and Eolo’s story are moving at such different speeds, even in the manner in which they’re narrated, with seamless transition between the two by Leckie. The storyteller, when telling their story, is patient and deliberate. The story moves slower and it fits because of the nature of who the storyteller is and how much time their story takes place over. Also, the storyteller is not omniscient and so they’re the only character we get to read the inner workings of. This only aids in our perception of the character and the highlights the contrasts between their sections of the novel and Eolo’s. 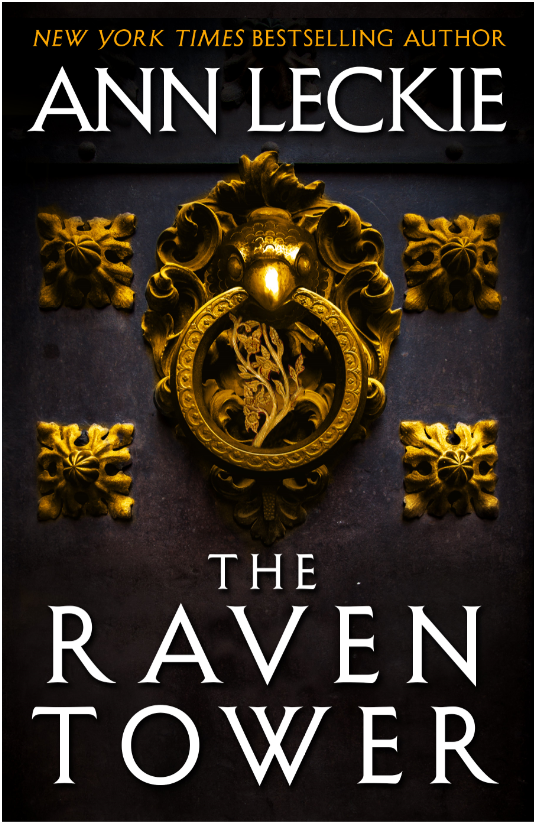 The Raven Tower by Ann Leckie

Writing with a second person non-omniscient point of view has its difficulties especially when it comes to getting the reader to connect with your protagonist. However, it really lends itself to falling in love with Eolo as a character because of what kind of character he is. The reader learns early on that Eolo is a trans man, a farmer’s son from the northern area that became a soldier, and feels quite out of place in this much richer port city of Vastai. He is fiercely loyal to Mawat, speaks with deliberate and concise sentences, and thinks everything through before answering. The fact that he is trans isn’t brought up often but the few times it is discovered and someone attempts to misgender him Eolo is quick to shut that person down that left me audibly saying out loud “hell yeah, you tell them, Eolo.” There are not many details about Eolo’s backstory but the way he conducts himself in the face of this dilemma goes above and beyond to make them likable as a protagonist. The fact that the storyteller is speaking directly to you, who are Eolo, brings you closer to him rather than further apart. Leckie blurs that line of the storyteller speaking to both Eolo and to you, the reader.

In their sections of the novel, they also delve deeply into what is reminiscent of Neil Gaiman’s American Gods: the core of what makes gods, in fact, gods. While Gaiman’s book tells how the old gods came to America and how the new gods began, Ann Leckie’s book explores the very nature of gods, how they evolve, what their worshippers change about them, how granting their worshipper’s prayers affect their power, and how that power is used. Without losing the metaphysical aspect of gods, Leckie gives boundaries to how the gods in her book work and gives the readers something to think about in concern for the concept of what gods can be and what their abilities do. It’s certainly interesting but it never goes so deep down the philosophical route that it becomes a risk of losing the plot.

Without the inner monologue of Eolo, his section moves at a brisk pace as the mystery of what has happened to Mawat’s father plays out. It reads like a political thriller as we only have Eolo’s words and actions to go by as the storyteller follows him and him alone.  The connection between the mystery in Eolo’s story to the storyteller’s telling of the ages perfectly builds up the tension to the climax of the novel. You’ll be rapidly asking yourself, “Where is this going?”, “How is this connected?”, and “What does this mean?” as you start reading faster and faster to the end. Then when the story comes to a head you’ll be at that point of the book that every reader loves, where you don’t want to stop reading it no matter what obligations you have to your real life. The ending comes suddenly but gives no feeling of being rushed. It has a feeling of being inevitable and you’re waiting for the first pebble to fall before it sets off the avalanche. The Raven Tower is an impressive feat of fantasy and worth checking out.