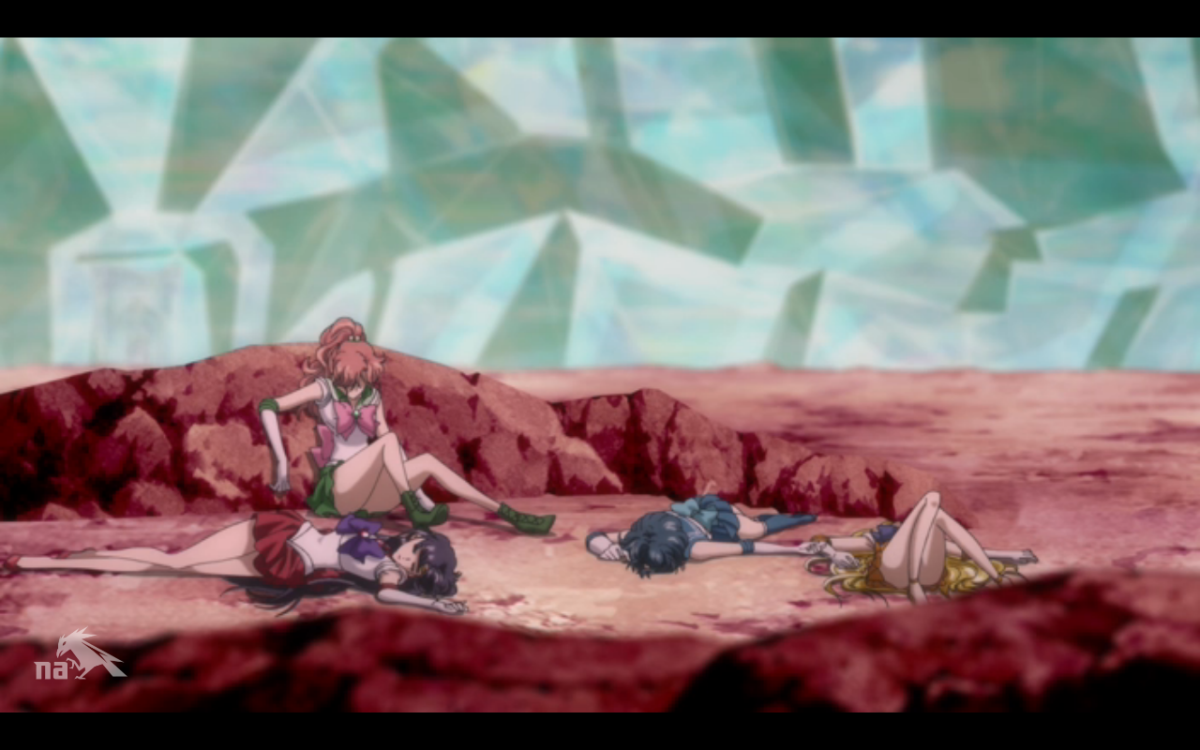 It’s the end of the world and thank God, because that also means the end of Sailor Crystal (for now, anyway – no word yet on season three) is swiftly approaching.

When we last saw our ineffectual heroes, Prince Demande was about to touch the past and present Silver Crystals together, bringing about the end of the world. This is somehow materially different from the end of the world that the Death Phantom wants to create…I think. Anyway, it’s bad. And since the Senshi have been out cold since, oh, the beginning of last week’s episode, and Sailor Moon has fainted again, that leaves Black Lady to throw out her hand and yells stop, like that will accomplish anything. Farewell, dull universe, we hardly knew—

Oh, wait, no. There’s Pluto. And she is, actually and satisfactually, awesome. She throws up her rod and stops time. Yes! Thank you, Crystal, for having at least one character who actually comes off better in this series than in the original.* 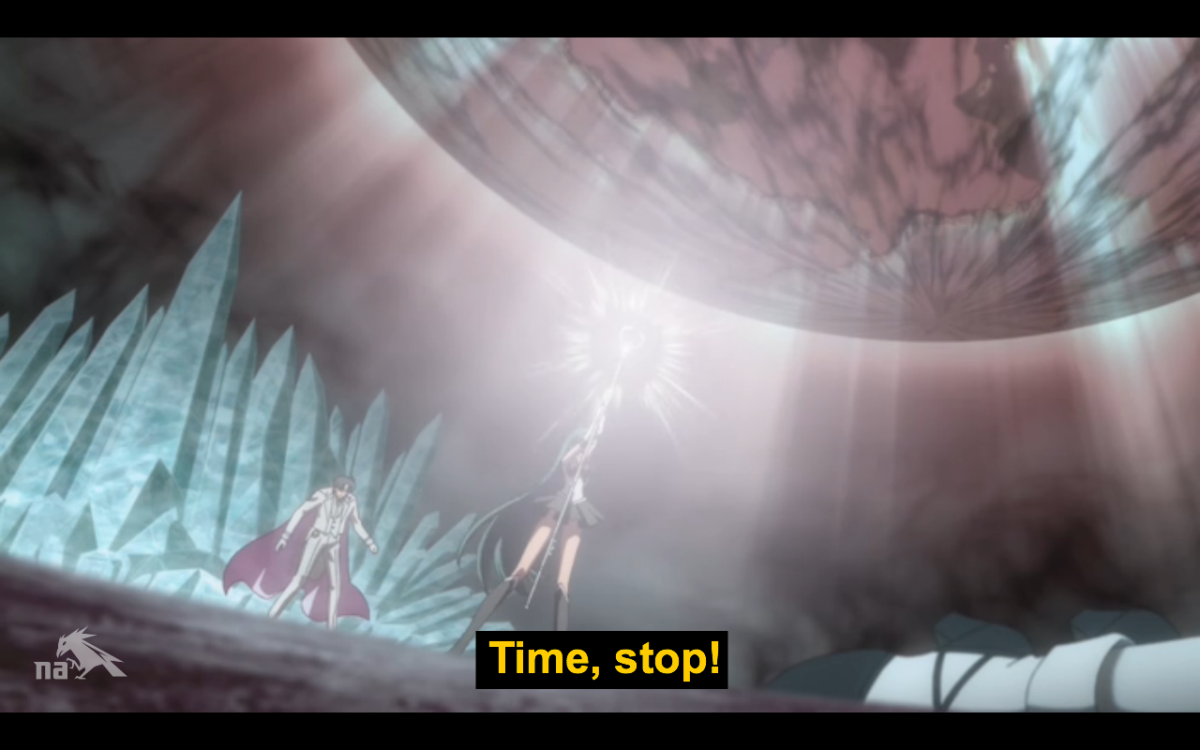 That’s the third taboo, by the way. Neo-Queen Serenity gave li’l Pluto a magic staff that had power over time, and then told her never to use it. Sigh. She does, of course, to save the entire universe, and King Endymion’s first reaction is to wonder how she could be so reckless. Yeah, Pluto, how could you be so brave, you jerk? You’re making everyone else look bad.

In fact, they continue to look bad even as they rush to her side and repeat lines of exposition over and over again, in some futile attempt to amp up the tension, when really, all the tension is still coming from Demande. Not even one of the Senshi—not even Mercury, with an IQ of 300—not even the scheming Black Lady—thinks to go pluck one or both of the crystals from his grasp? Pluto has to tell her to go get them, which she does, and then she comes back and announces that fact. 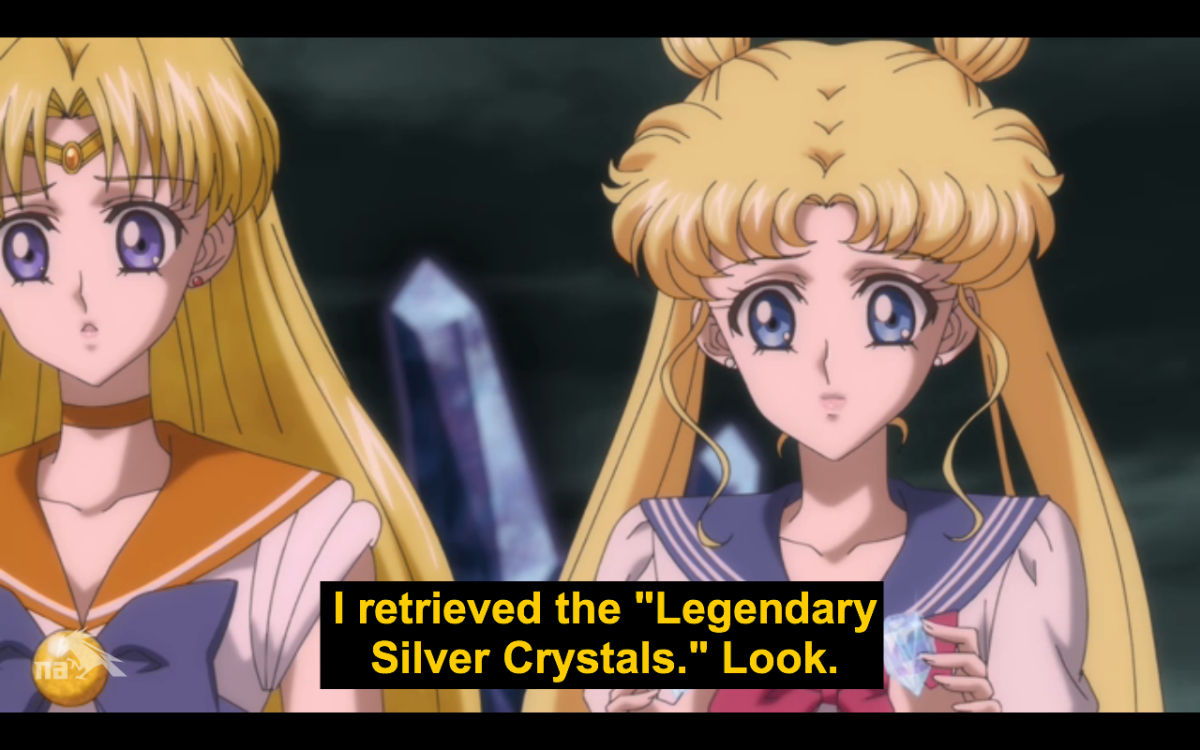 I don’t understand this show. Were they so desperate for more dialogue that they had to narrate everyone’s actions?

Anyway, after some not-as-moving-as-it-thinks deathbed stuff from Pluto, and a delicate few coughs she dies, her last wish being for the healing of Chibi-Usa. Chibi-Usa has a bit of a breakthrough about Pluto being her true friend. Then her tears activate a Silver Crystal, and she finally, after 900 years, gets to transform.

And her transformation sequence sucks as much as the rest of them do. Bah. It was futile to think you had learned anything, Crystal. That’s some uncanny valley shit right there. 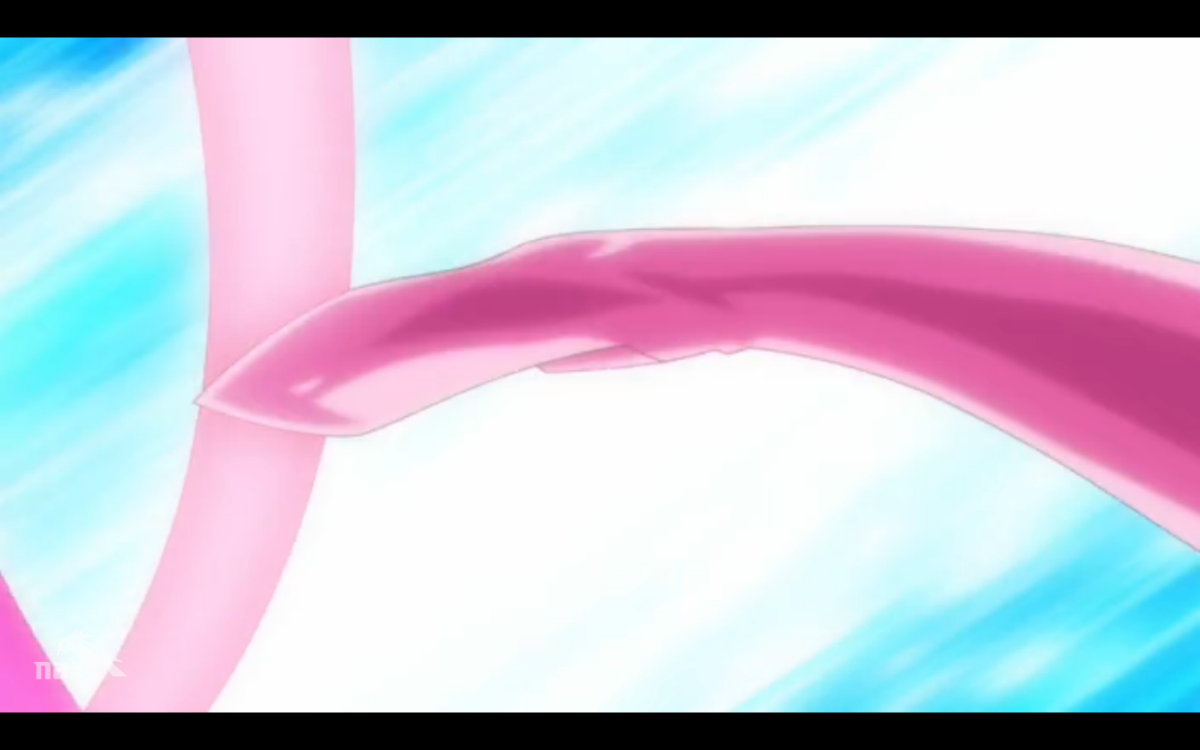 So, in the original, we get all this stuff about how mean Chibi-Usa’s parents are and how cruel the world is to her, but then we realize that it’s all just from her perspective, the perspective of a child. In reality, her parents are trying to teach her lessons and support her, just not in the way her tantrum-loving self wants. Her realizations about this at the climax are beautiful and heartfelt. In Crystal, well…her parents are kind of awful. They try to stop her from seeing Sailor Pluto, whom she considers her only friend; they don’t protect her from bullies; they basically put Pluto in solitary confinement; they’re kind of absent and aloof and indifferent. It makes sense to have Pluto as the focal point of her affections, but Chibi-Usa doesn’t have the same kind of realizations about herself, and it leaves her parents seeming pretty unfit.

A booming voice breaks up Chibi-Usa’s kinda-sorta-triumphant return. Oh, right, Nemesis. He’s still there. He says something vaguely threatening about Chibi-Usa renouncing him, but does nothing. Well, nothing except give Sailor Moon time to transform, and time for the Sailor Senshi to remember that they can do stuff. (It also gives Mamoru time to support Usagi, and to give a stellar apology: “sorry.” That’s it? You hit your future-wife! But worse is when she just says, “don’t be.” Look, I get that he wasn’t in control, but surely this must be emotionally difficult.) They blast Nemesis into oblivion, and Chibi-Usa watches in awe. Me, I’m a little meh on the whole thing. This is basically a repeat of last season.

Fortunately, Demande reveals that Nemesis was merely hiding, and they have a bit of a fight. I had maybe one or two seconds to think that maybe Demande had been redeemed, and that Crystal was finally realizing how Sailor Moon’s power was about healing and kindness as well as strength, but no. Demande just wants to kill the queen himself. He lasts about ten seconds before Nemesis blasts him apart, and Sailor Moon just watches. He assaulted her and was unrepentant; he doesn’t deserve her tears. 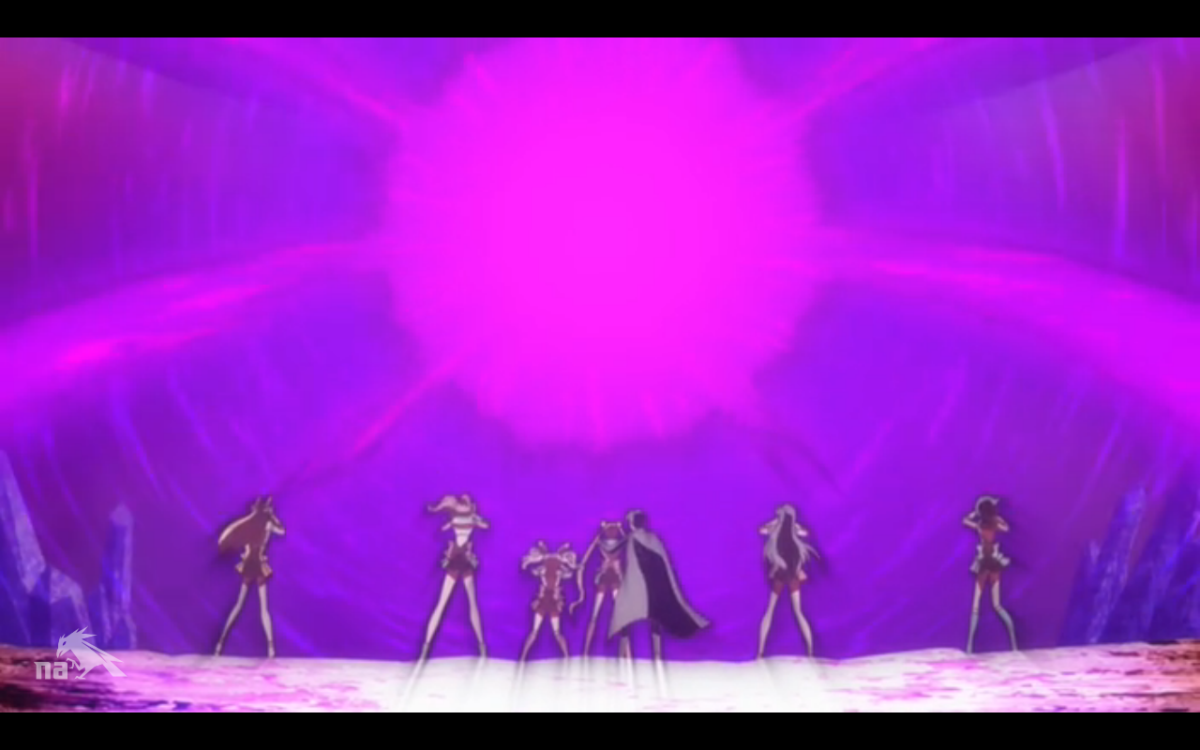 Blah blah, Nemesis traps them in a Black Crystal or something—look, I don’t care. This is basically a repeat of situations they’ve been in since halfway through this season. They also recapitulate a bunch of plot points, and Sailor Moon yet again reiterates her defiance that she won’t let Death Phantom have Earth…which, given the state of earth, sounds a little hollow. Aaaand, roll credits.

Oh, Jesus, this isn’t the last episode? Even though the title is “Showdown?” Oh, kill me.