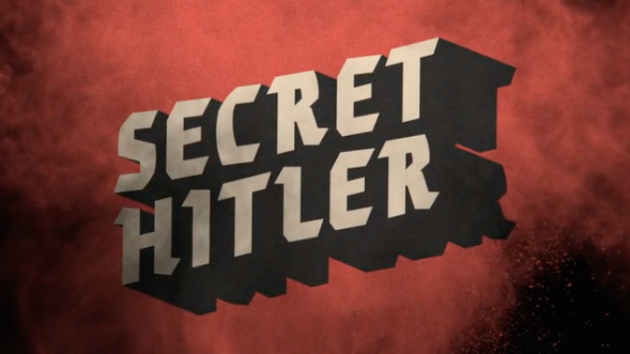 Secret Hitler, a hidden roles game created by Max Temkin, was successfully Kickstarted at the end of last year. If you’re familiar with games such as Werewolf or Mafia then you’ll be right at home with this game.
Where this differs from previous hidden role games is the simplicity of it all and the intensity of the arguments that naturally ensue.

Each player is secretly assigned a faction; Fascist or Liberal; and one player is the Secret Hitler. At the start of the game everyone closes their eyes, for a 5-6 player game the Fascists and Hitler open their eyes and take note of who else is in their faction; for a 7-10 player game Hitler keeps his eyes closed and puts up a thumb, the Fascists then open their eyes and take note of who’s Hitler and who their fellow Fascists are. Then the game begins.

Each round, one player is the President and they elect a Chancellor, all players then vote on if they want this government in power or not. If the result is ‘Nein’ then presidency passes to the next player and the process is repeated, if the result is ‘Ja’ then the President draws three Policy cards. These Policy cards will either be Liberal or Fascist policies. The President discards one and passes the remaining two to the Chancellor, who then discards one of them and enacts the policy. 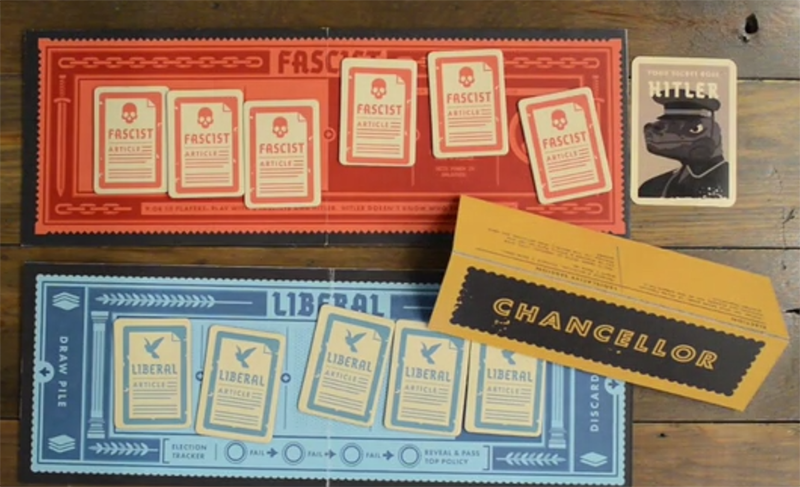 That’s a rundown of the game, but the fun really begins after the policies have been played. Then begins the shouting and the arguing as the players try to work out who is a Fascist and/or Hitler. This is a game that can get heated very quickly, the slight suspicions turning to distrust, the Fascists throwing other players ‘under the bus’, the shouts of protest as an innocent Liberal is assassinated.

Broken friendships and hurt feelings aside, this is an amazing game. There’s a free Print & Play version available on the website but you would be wise to put away some pennies for when the final version is finished with its high quality cards and beautiful wooden box. 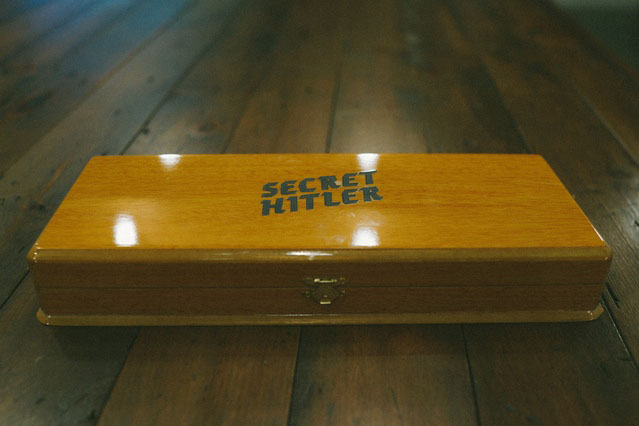 “Secret Hitler ended my 5-year relationship and I still want to play it all the time. Thanks Secret Hitler!” – Angela (The Doubleclicks)