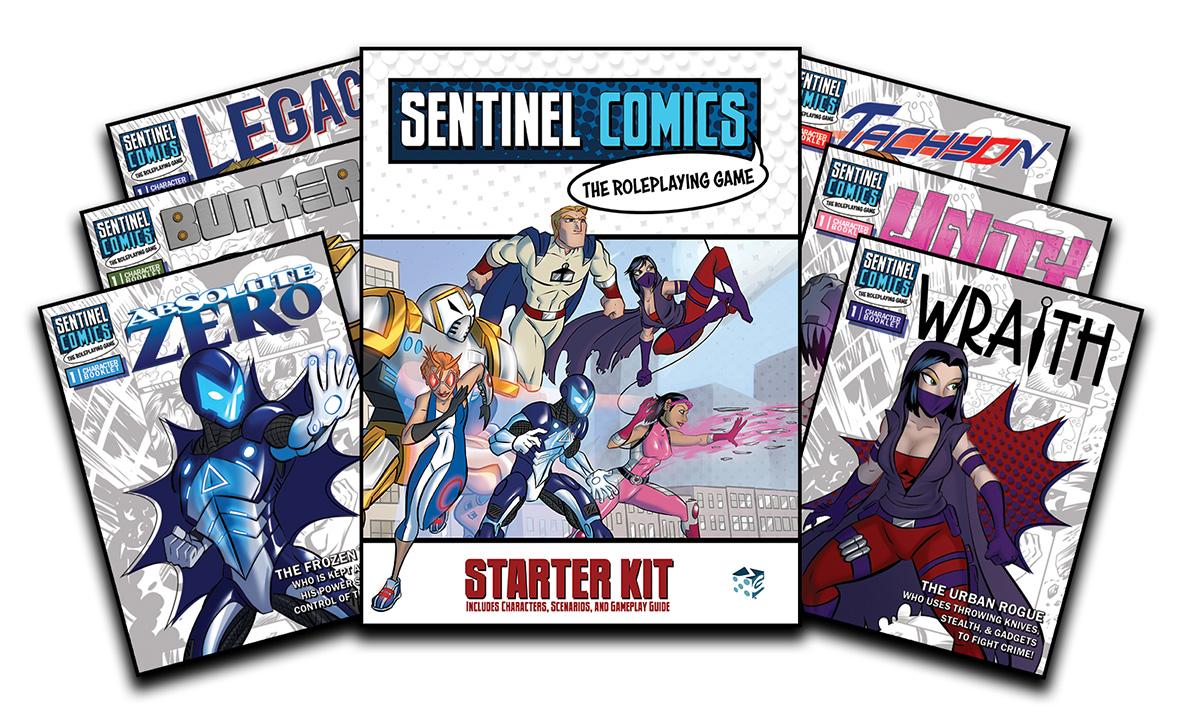 At PAX Unplugged 2017 we had the opportunity to play in a game of Sentinel Comics: The Roleplaying Game run by creator Christopher Badell of Greater Than Games. It’s a new super hero tabletop RPG set in the world of their popular card game, Sentinels of the Multiverse.

We played through issue one of six in the Sentinel Comics RPG starter kit, and had a blast with it.  The starter kit is available for purchase now, and includes the six adventures, six pre-generated heroes, and everything you need to know to run the game. GTG is shooting to have the core rulebook out in 2018.

In lieu of explaining what Sentinel Comics RPG is all about, we went right to the source and talked about the game with Christopher. The audio from the interview is available below.