Shadow Hunters is a great and thoroughly entertaining game of deception, manipulation, and all things kawaii. The basic premise of the game is that there are three sides; the shadows, the hunters, and the neutrals. Your team has their own agenda, but you doesn’t know who is on your team at first. You have to use clues and different card types to try and figure out who is on your team and who you are playing against. You travel to different sections of the “world” to gather wounding items such as pistols, butcher knives, or machine guns. Or you can gather helping items such as amulets, guardian angels, or staves that help to bolster your health. From there you try to knock out the competition by rolling dice to deal damage. 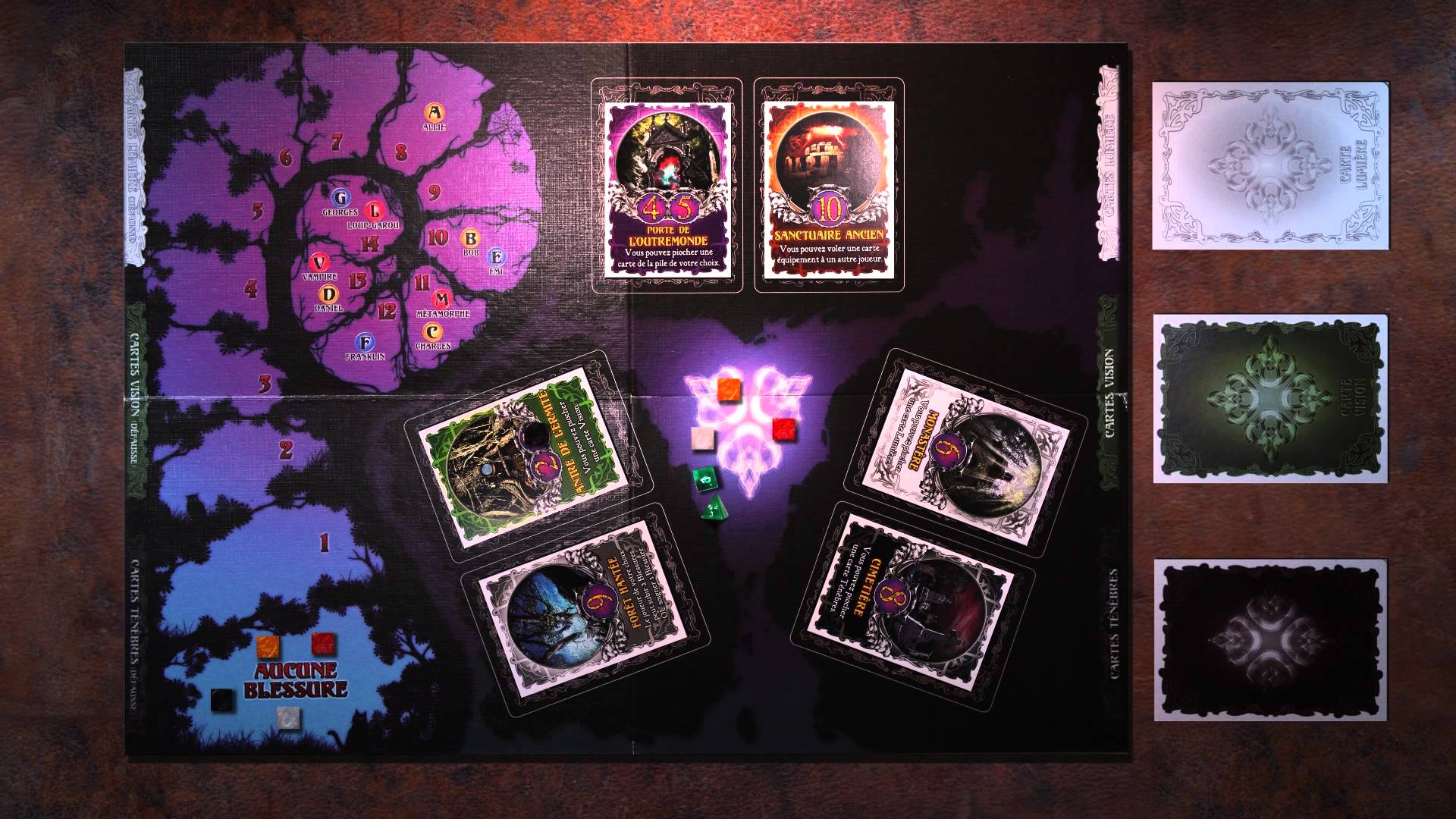 The characters range anywhere from cute anime girls to doctors, werewolves, knights, nurses, or vampires and each card contains a “mission” that tells you how you can win the game. There is also a secret power associated with each character that is usable either before you have been revealed or triggered when you are revealed. There are numbers on the board that correspond to the health of your character and can be used to figure out what “faction” you belong to.  This damage is dealt either by direct weapon damage or the cards mentioned earlier that will deal damage to specific factions.

The best thing I found about this game? Frequently multiple people will win the game at the same time. This functions really well since most people don’t like to lose. Also this is a really fast game to play – the longest game I have had being about 40 minutes. This is also a really easy game to pick up.

The fun for me was trying to figure out who was and wasn’t on your team. I would definitely recommend this game to anyone as it is fast to learn, fast to play and has a lot of replay value. Plus it is just so darned cute!