There are always trends in publishing, but a recent one was particularly odd: the use of “nine” in titles. Was everyone excited about 2019 for some reason? Is there some kind of numerology pact among authors? Are the nine muses subtly signaling for attention? I don’t know. But hey, here’s a list to keep track of the titles. 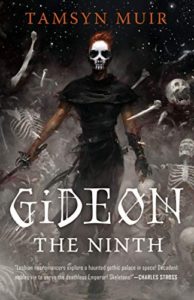 Gideon the Ninth (Tamsyn Muir) – when it was announced, Gideon the Ninth created a minor explosion of enthusiasm. And why shouldn’t it? Lesbian necromancers in space is reason enough for me to do a little fangirling. It’s definitely the coolest book of 2019, with a sword-swinging, porn-stashing protagonist reluctantly enlisted to help a necromancer explore a deadly, decrepit palace. Nine out of five stars.

Ninth House (Leigh Bardugo) – Leigh Bardugo’s first adult fantasy novel has been in the works for many years, and is now racking up the rave reviews. Based on her time at Yale and imagining a university haunted by secret societies, Bardugo casts an unlikely heroine to unravel the strange, elite world of the Ivy League–and an even stranger world lurking below the surface. 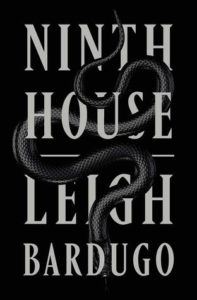 Mary Ventura and the Ninth Kingdom (Sylvia Plath) – This “lost” short story from Sylvia Plath probably didn’t deserve to be a $16 hardcover, since to get even 40 pages they had to widen the margins and increase the spacing like it was a high school English paper. Not cool! Still, if you get it as an ebook or from you local library it’s a good story about a girl who is pressured on to a train to a mysterious destination. The story quickly enters the realm of the fantastic, and becomes a vaguely religious metaphor for moral culpability and taking control of one’s destiny. As gorgeous and dream-like as most of Plath’s works, this is a solid escape from a medium-length commute or wait in the dentist’s office. 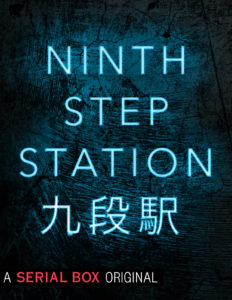 Ninth Step Station (Malka Older, Curtis C. Chen, Jacqueline Koyanagi, and Fran Wilde) – This is an experimental format book written by four very different but equally talented authors as a serial. Detective Koreda and Peacekeeper Emma join forces in this neo-noir setting to investigate increasingly bizarre threats to the citizens and the city itself.

Nine Last Days on Planet Earth (Daryl Gregory) – This is a short(ish) story published at Tor.com, or you can support the author and buy an ebook copy for $.99. And you should, because this novelette is a wonder. Strange seeds fall from the sky, too many to eradicate, and LT spends the rest of his life trying to understand what they mean while also figuring out what his own life means. Bio-SF on the level of Jeff Vandermeer.

Nine Princes in Amber (Roger Zelazny) – While this isn’t a recent title, but I couldn’t help but include it. Roger Zelazny’s ten-book cycle, The Great Book of Amber, is a masterpiece that begins with an amnesiac escaping a hospital, and ends with a battle for the heart of the multiverse. A true classic.