Sleeping Giants by Sylvain Neuvel is the definition of compulsively readable. I snuck peeks at work, I held it in one hand while holding my toothbrush in the other, and if it had not been on my kindle, I would have propped it up within eyeball-reach of the shower. It’s engrossing. It’s fantastic. It’s a hundred superlatives dug up from all around the world and assembled into a gigantic amalgam of science and technology and the military and spycraft and psychology and delight. 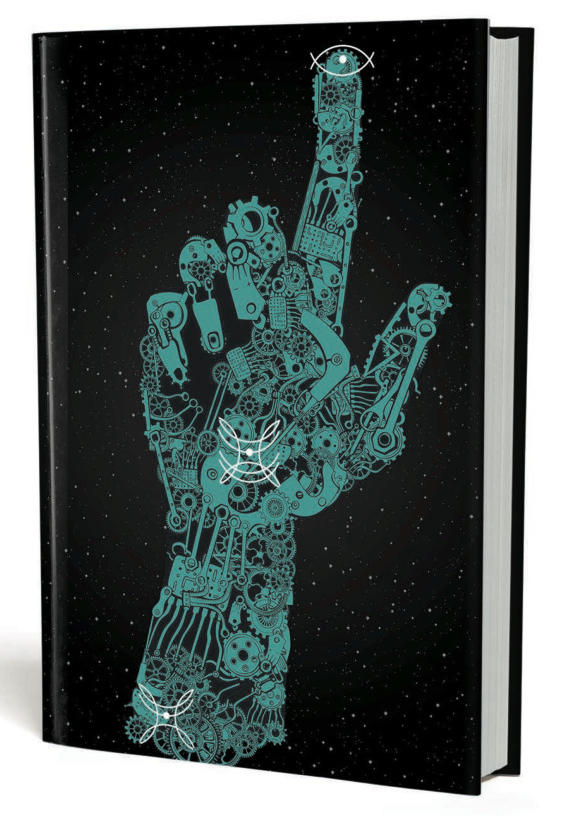 When Rose Franklin is a child, she falls into a pit of bright turquoise light. When they find her, she’s being cupped in the palm of a giant hand, safe and sound. The hand, however, is not intact. It might very well be a part of a larger structure, if only they could figure out what the symbols on it mean, or where it might have come from, or how to even locate other potential pieces. Twenty years later, Rose, now a physicist, is contacted to solve all those mysteries and more. She is joined by a scheming geneticist, an arrogant linguist, a brash pilot to discover what this thing is, and what it might mean. But who, exactly, has brought them together? Who is the one interviewing them, reading their journals, steering them in directions they may not like?

There are layers of mystery here that run the gamut from no bigger than the pilot’s damaged eye to as big as space itself. Who made these scattered body parts? And if they’re assembled, what part will this strange creation play on the world stage? As with our reality, this version of Earth has not banded together. Superpowers and corporations are still very much in control. The stakes have never been so high since the race to discover the atomic bomb, and thus the urgency and gravity of the characters’ decisions never slackens. Despite taking place over the course of more than five years, this is a nail-biting race to the finish.

The format also contributes to the pacing and empathy with the characters. Done wrong, epistolary/found footage novels can be interminable bores, cycling through indistinguishable characters and piecemeal documents. Done right–like World War Z or House of Leaves were, as Sleeping Giants is–it’s a way to cut out every ounce of extraneous detail and get to the meat of the story. Everything is filtered through characters’ voices, so every word does double-duty, building the environment, plot, and other scaffolding, and also letting the characters loose in it to act. It also frees the author from having to give the kind of transitional context necessary to a scientific endeavor: the characters complain about how long things take and how hard it is, but we can skip from revelation to revelation along with our mysterious and near-omniscient organizer. 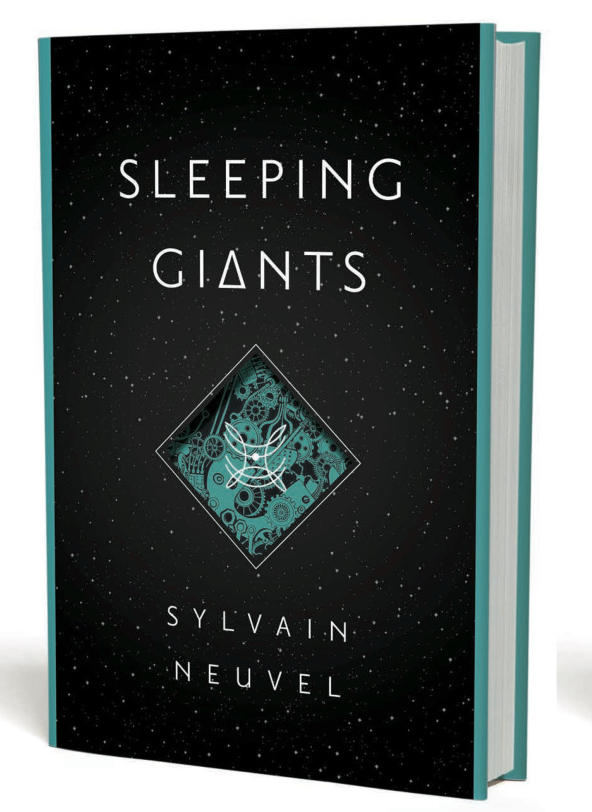 And even this nameless spook is a gem, a sly and ultimately sympathetic individual. Sylvain Neuvel does a superb job of creating believable and distinct personalities with just diary entries and interviews. The dialogue is completely natural, as fun as a Tarantino script and as riveting as a whole slew of Scorceses. There are elements of Pacific Rim here–giant mechs and human pilots, mostly–so if you’re into that, there’s more to love. If you’re not, don’t sweat it.  The story’s not some pale imitation, it’s a hundred-foot tall titan that stands on its own two feet. Yes, that’s a lot of movie comparisons, but the book is extremely filmic, infinitely visual despite having very little descriptive context. But that’s part of the greatness. You don’t need it. You don’t need anything except the next page, and maybe the one after that one, and every next page until the end, and then you’ll just need the next book.

Sleeping Giants will be released April 26.