I am essentially entombed inside my apartment due to a cataclysmic blizzard that dumped upwards of twenty-four inches of productivity-killing snow on my fair city of Boston. It is times like these that I wish I still lived in a dirty house with anywhere from 3-4 roommates so that we could hunker down and board game while the world slowly falls apart around us. I don’t have that option right now. Jennifer has to work and Addie is still a dog who doesn’t understand most of the rules of Risk (no matter how many times I explain “No, you can only do one troop movement and only at the end of your turn. Christ, Addie.”). But you may find yourself in a similar situation and will need my guidance. Below you will find my top board games for when you are stranded in your home. This list will reflect my current mood as of today. Oh, and I am pretty cold so a few games that don’t fit will be added since they have snow in them for some reason or other *cough cough Ticket to Ride cough cough*. 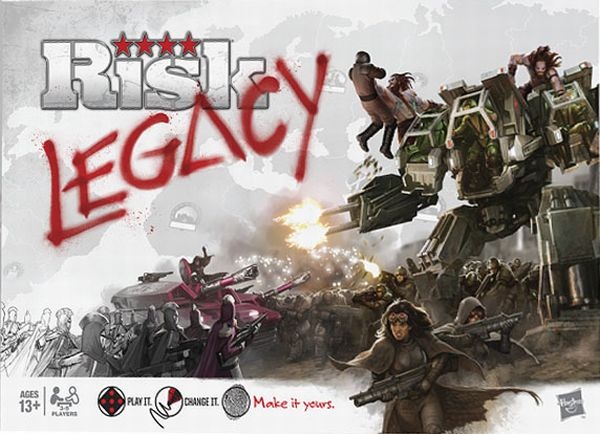 The world outside your windows most likely has fallen and you will have to learn valuable lessons on warfare. Risk: Legacy is Risk, but with a twist so good that I think it may be my favorite board game. I loved classic Risk as a boy, but everything always felt so “samey” or “random” during the games me and my pals played during our Hurricane Parties (it is like a Blizzard Party but with wind) down in Florida. Legacy adds the “legacy” mechanic that actively changes the rules of the game as you play. Game one will look absolutely nothing like game six. Plus the play time is much shorter than classic Risk, so your play group will feel like they are able to play another game. And then another game. And then another game.

What makes Risk: Legacy perfect for days where you are trapped is that it creates an oral history on the board as you play more games. You see your world change and evolve due to your terrible wars. One of the ways it evolves is through direct actions which unlock certain sections of the game’s box to change the rules, add more pieces or change the geography of the game board. Plus, if you win you get rewards for your next game. And to win you are going to have to make alliances, get into your friends’ heads and be ruthless. Karen just ate all the bean dip? Looks like someone is losing G.D. Yakutsk.

The gameplay is addicting and it changes classic Risk just enough to keep it interesting throughout the fifteen matches that the game was designed around. Yes, directly on the board it has a place to write down who won each game so that after fifteen games one of you will be the owner of the world. Now you definitely have a goal for today that is better than “clean out that closet that we never speak about.”

It is an arctic apocalypse filled with brain dead husks shuffling from location-to-location looking for their next victim, but enough about Boston!!! Dead of Winter is my new current obsession because it mixes cooperative problem solving mechanics with an added layer of selfishness and story. Story, woo boy! I am all about board games that are more than just a set of rules right now. Give me a weird narrative that the players stumble upon as they play the game and I am hooked. Plus, it is called Dead of Winter so it is a guaranteed lock in a list about blizzard B-gaming.

You play as a group of survivors who are collectively trying to accomplish a goal that you pick at the beginning of the game. BUT THEN (!) you each pick a secret objective. I know right? What is on these secret objects can be anything from “Complete the main objective but also build a murder robot” to “Make sure the main objective fails and you end the game with lots of guns.” The depth comes from trying to complete the main objective together while being just selfish enough to complete your own personal objective without the rest of the crew thinking you are a betrayer. Being a betrayer is awesome since you are always trying to ruin everyone’s day, but the rest of the players can choose to exile you, which can be a bummer. While all that is happening Dead of Winter’s basic mechanics involve all sorts of tough decision-making and obstacles to overcome.

Let’s face it, your home will already be full of paranoia and homicidal thoughts towards your cohabitants, so you might as well find a safe and healthy outlet, right? Plus, you will all be working towards a goal which will encourage some much needed morale. Except for Karen. Karen is the betrayer. Why does she keep “going” to the “kitchen” to get a “beer”?

There is a statistically significant chance that your home will turn into a home base of sorts for the local lost adult children (anyone over 21 who plays board games all the time) so you will need a fun game to break the tension and to justify your Wednesday Day Drinking. The Red Dragon Inn is perfect for any group since the actual game mechanics are incredibly easy to understand. You are a group of adventurers who have retired from the day’s dungeon delving for a nice raucous time at the local pub, The Red Dragon Inn, but you are trying to actually stay conscious the whole time. It is essentially a game of trying to beat up your co-adventurers or get them way too drunk or most likely both.

It is hard to describe with text-based-words, but trust me, it is really easy and really fun. Especially if you get another expansion since it adds more characters and the ability to play with a larger group. The art and silly card powers will lull your board game fearing friends into a false sense of security and have them screaming “WHY YOU LAUGH AT GOG! Lose 2 fortitude, Karen!” Red Dragon Inn included a hefty amount of alcohol related content internally in the gameplay, but you might as well join in to keep warm, right? Right.

This is you now…

Fine, we will play the train game, Karen. Ticket to Ride, in my opinion, is part of the pantheon of modern board games with horribly boring premises (“Get this, we are going to create a series of settlements and roads all while trading awesome things like brick and wood or if we are feeling crazy – wool!”) but arguably perfect mechanics. Ticket to Ride scratches that risk vs. reward itch with just enough skill and luck that it becomes more than just building trains – you are building an empire! A modern day Vanderbilt hell bent on seeing your trains spread across the globe like some sort of hungry tentacled creature or the hilarious vine monster from Jumanji (the one who destroys David Allen Griers Cop Car!).

Nordic Countries is a stand alone version of Ticket to Ride that is great for a smaller group. As in three people. Only three people can play this game. But, it is not inherently about murder or other PG-13 themes, so it will reach a wider audience. Plus, it is set in Nordic countries where it snows and is cold.

A Game of Thrones: The Board Game (Second Edition) 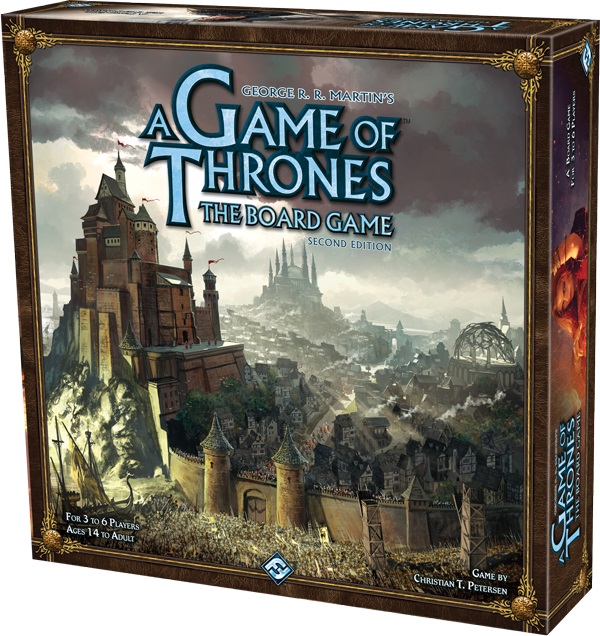 If we are in the honesty igloo (this is both a phrase I honest to goodness say all the time, but it also fits thematically with this post) I have very little idea what the difference between the first and seconds editions of A Game of Thrones: The Board Game are and why you should choose one or the other. My understanding is that the second one is the way to go since it included the first expansion for the first edition along with some tweaks. Anyways, look – you’ve got some time to kill, friend, so you might as well get out that overly complicated game that takes forever to explain and play.  AGoT:tBG is my version of this. I have played it 1.5 times and I have never taught it to my friends. But! The one time I played it all the way through (thanks GeeklyCon!) it was so much fun. Sometimes the best way to learn a game is to awkwardly trudge through an actual play through without knowing just what the heck you are doing.

Plus, at this point in your weather based imprisonment, you are most likely going a little loopy. This is a perfect time to dress up and do you best impersonations of your favorite characters from the HBO show. This Old Navy scarf is now either an ermine or wolf cloak clasp, depending on which region you have chosen. Karen does an eerily good Tywin Lannister impression…you all should ally to destroy her.

Using the above tips you should be able to survive any weather based apocalypse no matter how much the media overhyped its danger. We have gone through games that you will want to play over and over again in one day, games that will teach you valuable lessons in dealing with your new Winter Apocalypse, fun and silly games for entertaining many guests, and even games just meant to distract a couple of  people for several hours. I cannot stress this enough – you need to take the lessons you have learned from these games to either 1) form a vicious self-serving faction that uses cunning, guile and ruthless charm to dominate your enemies, or 2) build a train network somewhere safe. It is the only way to survive the cabin fever that may set in and start to degrade you psyche. Also get some candles so that you can see the games. This is important too.