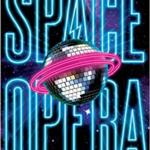 Space Opera (Catherynne M. Valente) – April 3 – Earth finally makes first contact with alien life, only to find that battles are fought in song and dance rather than with laser guns and battle cruisers. Now a small group will have to burst quite literally on to the galactic stage if Earth wants to have a chance of being an intergalactic player. Described as Eurovision in space, this one promises to be a lot of fun. 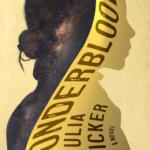 Wonderblood (Julia Whicker) – April 3 – It’s unclear whether this is being sold as literary fiction with an apocalyptic twist (a trend that annoys me) or as straight SF (which has always been doing apocalypse), but I am trying to not let the marketing department influence me. This is about a young girl who is captured by a cult that worships the remains of NASA and partakes in blood sacrifice, and might have to become their queen. The world, as usual, has gone to seed and returned to magic over science. It could be really good. It could be. 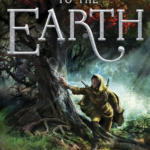 Given to the Earth (Mindy McGinnis) – April 10 – I was duly impressed by Given to the Sea, a melodic and melancholy story with a really innovative world and a complex love rhombus that I surprisingly didn’t hate. Now we get to see how each of the characters is picking up the pieces left after the invasion and the great wave, and whether love and hope will win out over vengeance and self-destruction. McGinnis is a subtle and brilliant student of character psychology, so I am confident this will be a fitting conclusion. 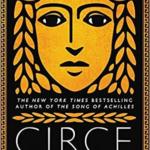 Circe (Madeline Miller) – April 10 – Miller’s debut, The Song of Achilles, netted her the Orange Prize for her sensitive reimagining of The Iliad from the perspective of Patroclus, Achilles’s lover. Now she’s taking on The Odyssey and more with a take on one of the world’s first and most famous witches. Circe is the daughter of Helios but spends her life among mortals, and the stated conflict is along that divide. I am interested to see her take but a little hesitant, lest this retread some of the common themes of retellings. We shall see. 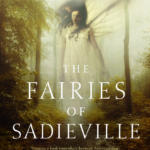 The Fairies of Sadieville (Alex Bledsoe) – April 10 – Another installment of the Tufa series, his sixth since 2011 (Bledsoe is a beast), and they haven’t lost any of their vitality. This one hints at a major change coming to the Folk, but also the usual mystery and secrets of the Appalachian town where music is magic and magic is deadly. Can’t wait! 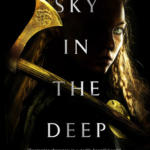 Sky in the Deep (Adrienne Young) – April 23 – Vikings! Given their popularity in pop culture, I’m surprised there hasn’t been more Viking SFF or YA. As someone who has extensively studied Saga literature I am hoping (but not actually hopeful) that there is some research into the actual Vikings, who were mainly interested in elaborate legal precedents, landowning, and democracy. But hey, if it’s all battles and magic runes and rude crows that’s okay too, I still like fun. 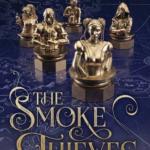 The Smoke Thieves (Sally Green) – May 1 – The Half Bad trilogy really moved me, and I have high expectations for this new world she’s created. Five different characters from very different walks of life are going to collide over what sounds like the drug trade. I’m curious to see how much real-world issues will inflect this book, but regardless I have faith that Green will put together a narrative with elegance and pathos. 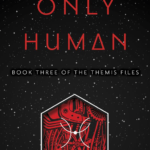 Only Human (Sylvain Neuvel) – May 1 – The final installment of the Themis Files, novels about giant robots and alien civilizations told via secret documents and private diaries, is finally here. I love these and I have all kinds of hopes and fears for this book, since the last one, Waking Gods, killed off several important characters and ended on a huge cliffhanger. It’s now nine years later—how is humanity dealing with all the paradigm-shifting revelations? And what happens between two species at such technological and cultural odds? 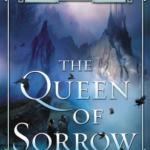 Queen of Sorrow (Sarah Beth Durst) – May 15 – These books really feel like my childhood, growing up reading Tamora Pierce and Mercedes Lackey. The first two books are gems, and the coming clash between two former friends, now queens, should be emotional and epic. In a land where elemental spirits abound but are universally capricious and almost always bloodthirsty, how do humans even begin to survive? Don’t miss this criminally underrated trilogy! 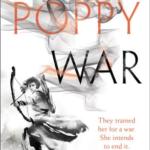 The Poppy War (R. F. Kuang) – May 15 – I’m pleased to see another entry into epic fantasy with an East Asian setting, and also one that takes on both military epic and the imperial examinations. Seriously. Tests are a huge part of young lives, and I’m pleased to see that this book starts off with the main character acing one. Aptitude tests are supposed to be equalizers, but usually end up reinforcing class, gender, and other demographical divides—so seeing a young woman begin from that premise is pretty cool. Yes, I’m a nerd. But hey, shamanism and war and necromancy too! 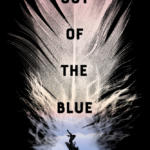 Out of the Blue (Sophie Cameron) – May 15 – Winged beings are falling to their death from the sky, and that’s not even the worst part of Jaya’s life. A new take on that recently neglected fantasy trope of “look what I nursed back to health, hope it doesn’t kill me,” I am pretty delighted by the premise and hope that this debut lives up to its potential. I also like that the blurbs are playing coy, not saying whether these are monsters, angels, demons, or what, and I hope that the answer is as creative as I am currently imagining. 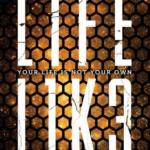 Lifel1k3 (Jay Kristoff) – May 29 – Jay Kristoff is like John Green’s irreverent, angry evil twin. They both really get the teenage voice, but Green is everyone’s favorite manic pixie dream geek, and Kristoff writes about a church for sexy murderers (Nevernight)—or, in Lifel1k3, about a girl with mutant powers who discovers an android as she’s trying to deal with bookies, gangsters, and a cult. Described as Mad Max meets X-Men meets Romeo and Juliet, I am so hyped that I will even forgive the leetspeak title. 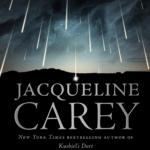 Starless (Jacqueline Carey) – June 12 – I liked the Kushiel series and this one is being billed as a return to form if not to the world itself. Carey can get a little saccharine and melodramatic with her romance sometimes, but her worldbuilding is excellent and I have a soft spot for how well she handles religion. She also has some deep insights into nontraditional relationships and kinship that are always heartening to read. I’m cautiously excited. 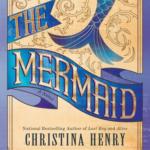 The Mermaid (Christina Henry) – June 19 – The only problem I have with Christina Henry’s books is that there aren’t more of them. Dark, deeply affecting stories of innocence lost but strength found are her forte, and I hope she continues to develop in this vein. Mermaid, a departure for her into historical fantasy rather than fairy tale, is about (obviously) a mermaid who agrees to be an attraction for P. T. Barnum. I’ve no doubt that this will go badly. I’ve also no doubt that a measure of hard-won grace will make it worth suffering for. 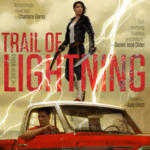 Trail of Lightning (Rebecca Roanhorse) – June 26 – A former reservation has blossomed into terrifying life even as the planet dies from global warming, and the gods and monsters of Navajo tales walk among humans. Maggie is there to kill the monsters and rescue the innocent, and I am here for all of it. I cannot wait to see exactly how epic this #ownvoices debut will be.