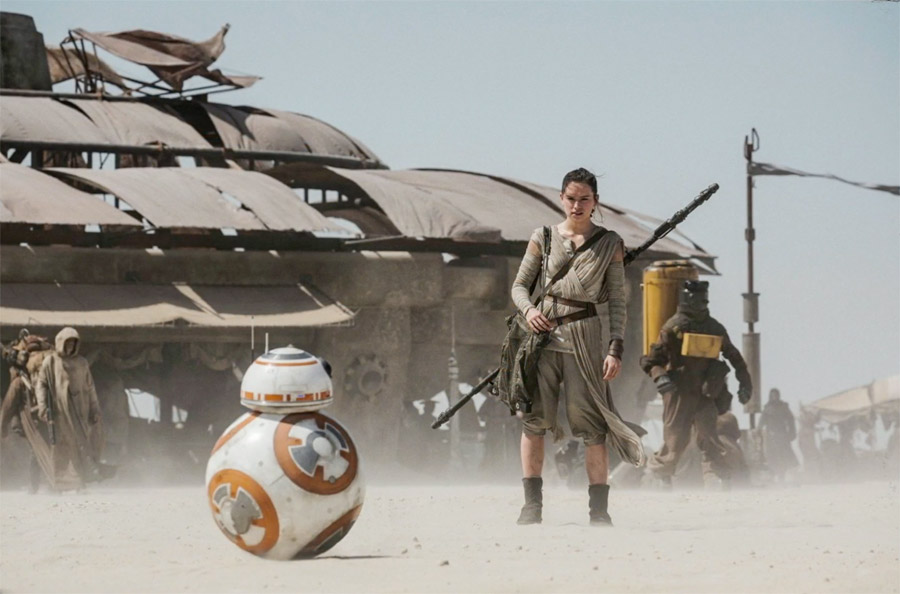 As most of us know, right now geek Mecca is in San Diego and, as SDCC happens over the weekend, we are receiving new interviews, clips, teasers, and trailers of our favourite rumours and upcoming movies, games, etc. However, Friday was a big day for those of us anxiously awaiting the newest member of the Star War movie franchise: The Force Awakens. Not only did Star Wars treat everyone in Hall H to an amazing panel, they also had a fantastic concert that followed, showcasing the music from the films. One of the videos that has been released is what brings us here with this article. A new “behind the scenes” video gives us a sneak peek at what is going on in making the newest movie. From discussing building sets and full-sized replicas, to creating costumes and animatronics (the days of all GCI be damned), to our newest alien villains and friends, this video might be the most hopeful message that we have that this film will be different. Maybe it is just me, but friends, I think this movie is going to be good. This short film has already given me so much to look forward to in the newest film that, not only do I think J.J. Abrams is going to knock it out of the park, I think we might get some movies we can start counting as part of the series again. So if you haven’t yet, go ahead and watch the video here, and keep on counting down the days until December 18th.