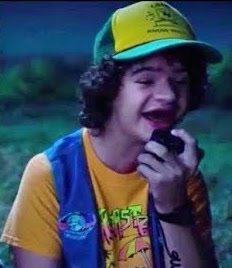 Oh, Dustin. You have confidence, but your charisma-based checks don’t always succeed. Also, nobody believes you have a girlfriend from summer camp. But that’s ok, boo! You just keep singing.

Riddle-Master Trilogy (Patricia A. McKillip) – If you wanted to build a character and a story out of the riddle-battle scene from The Hobbit (which is a good goal), here is your inspiration. Music, riddles, and language itself makes power in the land of Hed and beyond, and Prince Morgon must understand it if he wants to bring magic back to the world. It’s not so much epic as it is mythic, full of rare and strange beauty and uncanny terror.

Song for the Basilisk (Patricia A. McKillip) – Another McKillip title, sure, but the woman loves bards and writes them well. This one is about a quest for vengeance, but also a journey of self-discovery. Rook is a bard struggling to remember his past and fight a powerful man known as “the Basilisk.” Oh, and I couldn’t fill up the list with just McKillip titles, but if you like what you read, also try The Bards of Bone Plain. 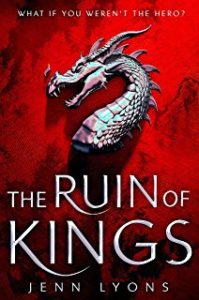 Ruin of Kings (Jenn Lyons)– If you want your bard to dial up the epic to 11 and break off the knob, read this. Kihrin is a harper and also a thief, and would be good inspiration for anyone who wants to play a rogue-leaning, rough-at-the-edges bard. This is also the perfect book to inspire a DM to push worldbuilding to the absolute limit.

The Candle and the Flame (Nafiza Azad) – No reason to limit yourself to a medieval European setting! Fatima plays the oud and knows the importance of harmony, as well as the power of speaking true names. The power of a single voice is what bards are all about, in this book and in D&D.

The Books of Pellinor (Alison Croggon) – The Naming starts off this Tolkienesque series with deep emotional profundity, and each book only gets better from there. This is for people who want to play a bard with gravitas and power. No jesters here! The book deals with heavy topics, but also never gives up on goodness, hope, and the possibility of change.

Name of the Wind (Patrick Rothfuss) – I have to put this on here because it’s now a de facto classic of the genre, and certainly was a touchstone of mid-2000s fantasy. However, the series will likely never be finished, so don’t get too invested. It has good ideas for a bard character and is a mostly engaging read, but it also has obnoxious ideas about women, so please try not to play your bard exactly like this Gary Sue. 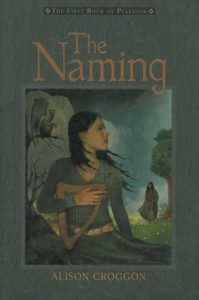 The Barbed Coil (J.V. Jones) – I am really fond of this book from the mid-90s era of epic portal fantasy, but my recommendation is not quite specific to this particular title. Rather, it’s a general suggestion to look outside of explicitly music-based magic. Some bards are storytellers, but why not push the envelope further and have other kinds of artists—visual, design, even culinary! There’s a lot of room for creativity with bards, and I would LOVE to see, say, a bard character based on one of Queer Eye’s Fab 5. They all have 18 charisma, after all! And speaking of…

Naturally Tan (Tan France) – Yes, I might as well go there. You can’t read this book and not love Tan France’s style and his swagger. Designing a bard around someone who always looks great and who makes others feel great—I think there’s real potential there. Also, it would channel Dustin’s love of Farrah Fawcett hairspray.