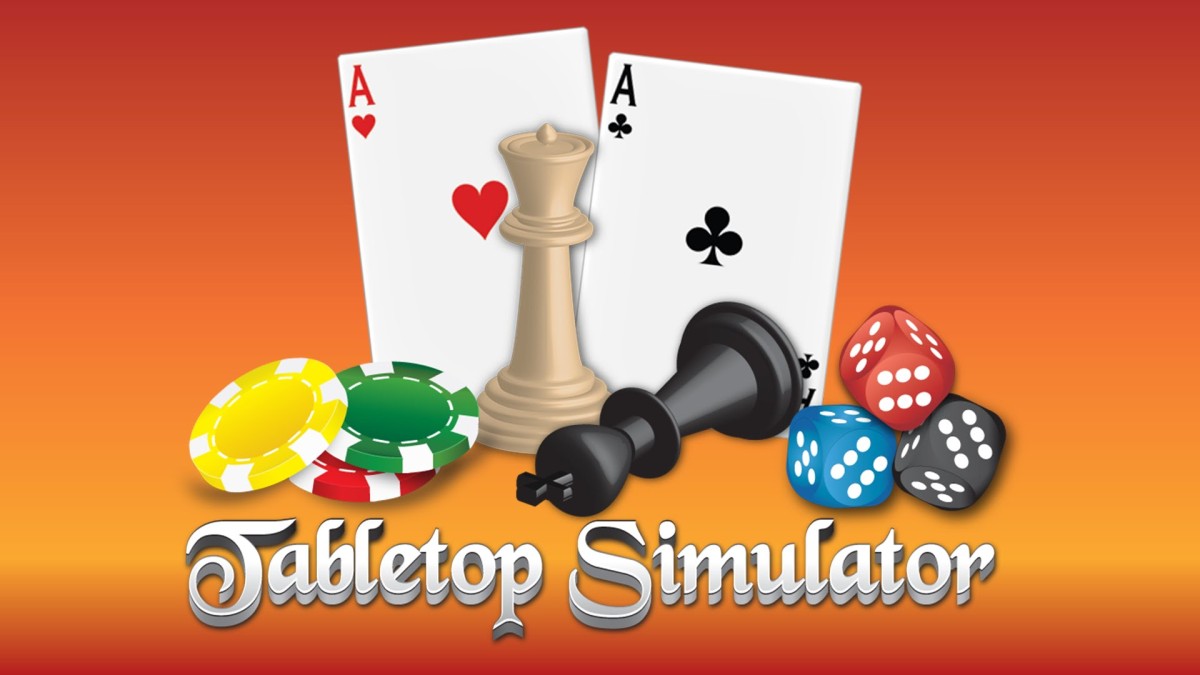 A unique challenge exists in explaining Tabletop Simulator without sounding hyperbolic. Promise any tabletop gaming fan the opportunity to play their favorite board games with their friends no matter where in the world they are and you’ll likely be met with disbelief. There’s no way it could feel right. The interface would need to be incredibly cumbersome. How could you possibly build a system that could work for any tabletop experience?

I had many of the same reservations about Tabletop Simulator. I entered a skeptic, albeit one hopeful that the system could work for at least a subset of games. Like many in the GeeklyInc community, most of my tabletop buddies live inside my computer. I can’t get the people together to play board games in person. It didn’t need to be better than sitting across a physical table, it just needed to be better than not playing.

After spending a few evenings and about a dozen hours with the system, I can say it’s the real deal. Though maneuvering in the system takes a little getting used to (I’m still about 50/50 for picking up the whole deck when I try to grab one card) the controls are surprisingly robust. There is a way to do practically everything you could want to do with the cards, tokens, or dice found within Tabletop Simulator. Hidden areas in front of every player give you a safe place to sort through your cards. I have yet to try to run an RPG campaign in the system, but the knobs and dials available to a DM makes it seem to be at least as good a solution as Roll20. As a toolset, it is practically perfect. 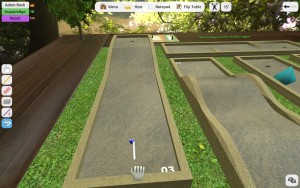 That’s not to say there aren’t a few minor quibbles to be had. The table itself floats weirdly an indeterminate distance above the ground. This can cause an odd sense of vertigo at times, heightened by certain backgrounds. Backgrounds themselves are implemented in a confusing manner; new backgrounds downloaded from the Steam Workshop conflict with game mods and cannot be used with other workshop games. User privileges cannot be managed on a per user basis, meaning if a rowdy player starts throwing cards around the table, the host can only kick them, ignore it, or turn off physics for all users.

This might be Tabletop Simulator‘s greatest strength and greatest source of frustration. It is simply too much fun to hurl things around. It takes new players a long time to get this out of their system, or at least it did for the knuckleheads I play with. Eliminated players have little to focus their attention, but remain in this physics playground. It’s too tempting not to mess things up a little.

To Tabletop Simulator‘s credit, no amount of player-caused destruction is ever permanent. The system is always saving states. You can walk backwards through time seemingly dozens of steps to undo mistakes. This brilliant feature prevents any control failure from seeming truly dire. No matter the severity of a mistake, you’re always one or two mouse clicks away from fixing it. 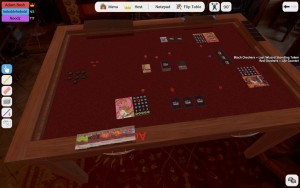 Tabletop Simulator comes with several traditional games loaded in, but it is doubtful players will seek this system out to play Euchre. The allure is how easy it is to recreate some of the most popular games in this system and distribute via Steam Workshop. I was able to test dozens of games, all added by other Steam users who I very strongly doubt hold the appropriate copyrights or trademarks. This is cause for concern if you buy Tabletop Simulator to play Dead of Winter or Munchkin with your online friends. It feels like only a matter of time before Steam starts receiving notices on many of these mods, which will shrink the game pool significantly.

However, it is worth noting that just playing this system has inspired me to revisit some of my game creation ideas. Tabletop Simulator seems like an ideal place to develop and playtest a game. If I created a SAYER tabletop game, importing my board, cards, and tokens into Tabletop Simulator to organize a playtest would feel like a natural step in the process. It’s easy to envision any of the hundreds of Kickstarter games providing both print-and-play and Tabletop Simulator mods to backers. If it is embraced by game developers, Tabletop Simulator could be something more comparable to Steam itself than to any other piece of software on the service. As a platform to play virtual versions of practically any boxed game, the sky’s the limit here.

As a sandbox for flicking cards at your friends on the internet, it’s pretty great too.