Jeremy Shipp is a horror/fantasy/science author who’s visceral imagery makes his written work feel like feature films. My introduction to the  Bram Stoker Award-nominated author was with his novel Bedfellow, which left me pleasantly bewildered. It’s a well-crafted, non-linear narrative that engages the senses and challenges perceptions. While working on a new project, Jeremy agreed to answer a few questions and his answers are as spellbinding as his craft. 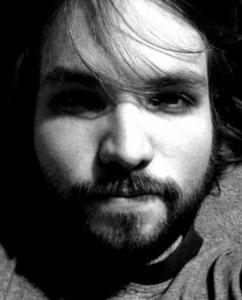 Where did you grow up? How did this place influence your writing style?

I was born from a gnarled, bioluminescent egg in a cavern under the earth, but I grew up primarily in sunny southern California. (Part of the previous sentence is a lie, and I’ll let you decide which part.) I can’t say precisely how southern California has affected my writing style, but I have definitely been influenced by my environment in myriad ways. I have been affected by the ghosts in the orange groves and the coyotes in the hills. I grew up in a religious community whose prophet once wrote, “The readers of fiction are indulging an evil that destroys spirituality.” So of course, I spent my formative years consuming every fiction novel in a 50-mile radius. In my childhood home, I was surrounded by books, chickens, ducks, snakes, parakeets, iguanas, guinea pigs, rats, fish, cats, dogs, a turkey, a goat, and possibly a goblin. A childhood saturated with animals and stories is a dynamic, stimulating life that fosters empathy and creativity. All of this is part of who I am, and how and what I write.

It all started at my elementary school when I found a corroded oil lamp buried in the sandbox. As soon as I touched the object, a genie snaked out of the nozzle, his skin oxidized and weathered like the surface of the lamp. He said he was rather peckish, since it had been a few centuries since he last ate, so I gave him some Gushers and a juice box of Ecto Cooler. He said he would grant me one wish. I considered asking for a kitten/elephant hybrid, but ultimately I decided to ask for my very own amusement park. I said, “I wish for an amuse–” And he interrupted me by saying, “Your wish for a muse is granted.” And that’s how I became a writer.

Also, in fourth grade, I wrote a very long short story for class, and I thought, “This is fun. Perhaps I’ll do this again sometime.”

Then, when I was 18, I started sending out stories and books to publishers and publications, and I never stopped. 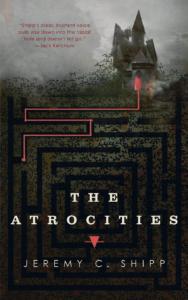 Your writing is so visceral, I felt I was watching a movie while reading. What were some of your favorite narratives (books, movies, tv, etc) growing up?

Thank you for those kind words. When I was a kid, my dad read classic novels to me and my brothers almost every night. And so, at a young age, I fell in love with the works of H. G. Wells and Jules Verne and Ray Bradbury and countless others. I enjoyed whimsical, eerie films like Return to Oz, Labyrinth, House II, The Dark Crystal, The Adventures of Baron Munchausen.

Yes, I am at times inspired by the good, the bad, and the bizarre happenings of our planet. One of the reasons I wrote Bedfellow, for example, is because we live in an age of lies. We have flat-earthers and climate change deniers, who would rather trust some rambling mountebank on Youtube than a science textbook. We have sites like Facebook, jam-packed with bigoted propaganda disguised as news. We have political leaders who gaslight people 24/7, in an attempt to manipulate the citizenry’s perceptions of reality.

Once I come up with a basic concept I’m happy with, I spend a while brainstorming a phantasmagoria of plot notes and images and snippets of possible dialogue. This chaotic horde of thoughts is the closest thing I come to writing out an outline. Then, I begin writing the actual book, and I tend to agonize over every sentence, because I’m quite cruel to myself. Then, when I’m finished with the book, I trap myself in a Groundhog Day-like time loop, and I edit the tale again and again and again, for a thousand years. That’s about the long and the short of it.

Do you have a daily writing routine, or do you await the muse’s song?

My almost-daily writing routine is as follows:

Step 1: Wear a t-shirt that features a breakfast cereal character, like Franken Berry or Dig’em Frog.

Step 2: Pet as many cats as possible.

Step 3: Trip on something, and when you turn around, realize that there was nothing there.

Step 4: Go the library, saturating your soul with the uncanny energies that radiate off of books and the people who love books.

Step 5: Tell yourself that you need only write one sentence, so that whenever pressure you might be feeling will dissipate.

Step 6: Write more than one sentence.

What was your inspiration for “Bedfellow”?

The story burgeoned from my desire to create a new kind of monster. I wanted him to show up out of nowhere and insinuate himself into the lives of a family. I wanted the psychological pressure to build on an exponential level as the story continued. These were my initial thoughts. 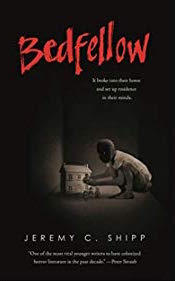 How long did it take to complete the manuscript? With such a unique way of approaching plot progression, how did you keep the continuity?

It took me about a year to write Bedfellow. When I’m working on a book, I tend to be haunted by the story, day and night, as if the tale is some kind of vociferous spirit possessing my brain and my heart and my spleen. With Bedfellow, I did sometimes reread what I’d written so far, to make sure that all the details were fresh in my mind.

What do you feel was the general consensus from readers about “Bedfellow”?

Here are some words that readers often use to describe Bedfellow: chilling, psychological, twisted, weird, quirky, unsettling. In response to Bedfellow, readers frequently say, “What the hell, Jeremy?” They say, “Thanks for the nightmares.”

After completing a manuscript, do you give yourself time to recoup or do you just jump into the next narrative?

After I finish a book, I tell myself that I should take time for some R & R & R (rest and relaxation and Reese’s Peanut Butter Cups), but I often feel so electrified creatively that I quickly move on to my next projects. Right after Bedfellow, for example, I wrote a couple of short stories and brainstormed ideas for a few novels and I constructed tiny top hats for all the local raccoons.

What are you currently working on?

Right now, I’m attempting to create an elephant/kitten hybrid in my secret laboratory.

I’m also toiling over a new, currently untitled novel that will be published by Meerkat Press in 2021. Here’s a bit of a teaser:

In Shipp’s latest novel, we will follow Seraphina Ramon into a once-abandoned amusement park now populated by a community of cultists. To our left, a dragon-themed roller coaster rests on the blackened earth, curled up like a dead snake. To our right, an animatronic Humpty Dumpty falls off a concrete castle and shatters on the ground, only to reform itself moments later. Up ahead, cultists giggle as they meditate in a hall of cracked mirrors. This is the last place in the world Seraphina wants to be, but at the same time, she will stop at nothing to investigate the cult that almost killed her sister. And the best way to find out the truth about this bizarre cult is to join them.

Check out his website https://jeremycshipp.wordpress.com/free-stories/ for more of his writing and updates about his newest project. Follow him on Twitter https://twitter.com/JeremyCShipp for the absolutely phenomenal expressions of reality.