This is a book about fear.

This is a book about what fear makes. Mostly it makes monsters, and then it makes walls to keep those monsters out, and then–surprise, surprise–it makes more monsters inside those walls. And then the fearful call for blood, because cowardice and ignorance together are a powerful void, and they need something to fill it.

Yeah, this is a good book if you want to put one foot outside reality for a while but not really escape. (Not that escapism is ever really escaping, but that’s another article.) The themes are a little too spot-on for everything going on lately, but also it’s a medieval world haunted by a great forest and the creatures that lurk within, namely the Beast and the soul eaters. 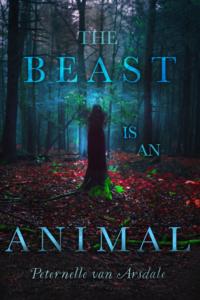 The Beast is the subject of spooky rhymes and preaching, but it’s the soul eaters who really inspire the action. Their birth is chronicled in the prologue; the consequences of their existence make up the rest of the plot. They steal everything from Alys when she is seven years old, and as a result she and her fellow Gwenith orphans are shunted to the town of Defaid, which can hardly afford such an influx of immigrants. The Defaiders, therefore, force the Gwenith children to toil for the dubious blessing of shelter without acceptance, making any of the children who are no longer toddlers stand guard against the soul eaters. And when the soul eaters come anyway—because pre-adolescents are really not very intimidating or effective—they become subjects of suspicion and scapegoating.

Alys is particularly at risk because she actually is different from the Defaiders (and the Gwenith too). She has a power she cannot name, an ability to sense and draw out what others think and feel, and she fears that it makes her evil. She also has an urge to be in the forest despite all the supposed dangers lurking inside it, and she fears this too, even as she gives in to it. But Alys is also brave and curious, and she–unlike most of the villagers–struggles against her fear. She wants to help instead of hide. Which means that things will get much worse before they get better.

I got very emotional reading about the unending stream of narrow-minded prejudices being heaped upon Alys and her fellow children of Gwenith. About two thirds of the way through, I stopped being able to put the book down because I needed–absolutely needed–things to get even the slightest bit better. I needed courage and kindness to mean something. I needed someone to be brave in spite of the very real, crushing reality of slow compromise: the compromise between safety and freedom that all the children were forced to make because they were too young and powerless to do otherwise. Because the children grew up and those reasons stopped being so persuasive—instead, they had grown comfortable.

Getting comfortable with banal evil in order to deal with extraordinary fear is something all of the characters, not just Alys, have to confront at some point or another. But instead of moralizing at us, van Arsdale only shows us how hard that can be, and what enormous pressure there is to simply go along with the crowd. I think it’s easier to write characters who are brash and do the right thing when the right thing is obvious; it’s much harder to write a whole society that exerts an undeniable pressure and then write characters who are active participants in that milieu rather than standing invincibly outside it. She makes you feel what it is to be trapped between bad and worse, and to feel as if difference is fault.

But she never tramples your hope entirely, and that makes the book a great read instead of another excuse to cry. Alys is someone to root for, to believe in, as are so many of the secondary characters. Eventually there are events that push them beyond their endurance and into rethinking their opinions and allegiances. It’s more realistic than we might want to believe, but when dealing with monsters, that’s the other compromise: we’ll take our heroes, even if they’re late.