Is this YA Fantasy? Is it even YA, or fantasy at all, beyond being a retelling of the Twelve Dancing Princesses fairy tale? I don’t know, and I don’t care, because Geeklies, you have to read this book. 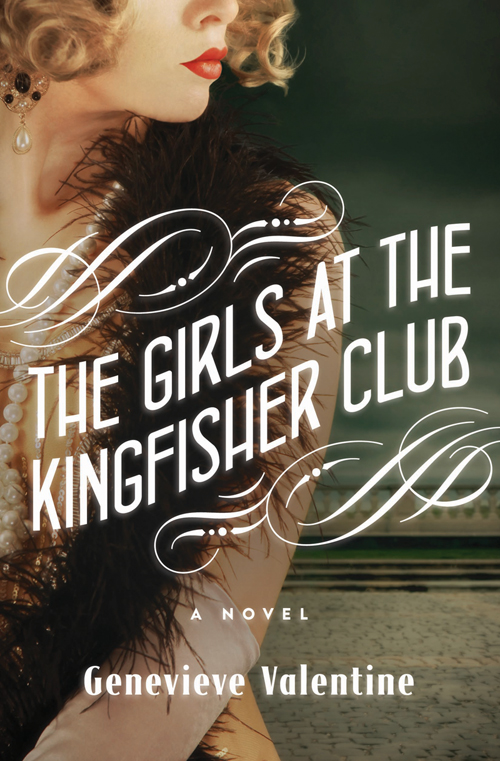 The original story features twelve princesses who sneak out each night to go dancing, and the only evidence is that in the morning their shoes are worn through at the soles. Genevieve Valentine departs from the original to set The Girls at the Kingfisher Club in the roaring 20’s, with the twelve unwanted daughters of a financier sneaking out to speakeasies to Charleston and Quickstep the night away, while their father pines for a son.

Jo, the eldest, is the General, but to the men of the clubs she’s “princess,” just like all her sisters. She’s forbidden the others to give out names or any other information, and makes all the other rules to keep them safe: stick together, don’t give your heart away, don’t get caught.  And most importantly, “cabs leave at midnight.” Anyone not ready gets left behind.

The General doesn’t have an easy time of it, managing girls from ages twenty to twelve, all desperate to dance away their many troubles, and also trying to manage her unruly heart. There are police raids, handsy men, no funds, and especially Lou, the next-eldest and her second in command, who’s desperate to be free. The way the sisters fight against and for each other is a real feat of writing, capturing the love and resentments of a huge family as well as the spirit of an era.

It doesn’t have all that sumptuous frill and feather that Jazz Age productions (mostly theatrical or cinematic) have, but that’s all right, we’re well situated in the era without Gatsby breathing down our necks. Mentions of frocks and foxtrots are all the prose needs to get things started, and Jo and her eleven sisters can take it from there. Coming in under 300 pages, it’s stripped down, but to its most emotional, sensual elements, not to some bare-bones, perfunctory retelling. Simply put; it’s gorgeous.

Not steamy, not erotic, just full of the romance and daring of the time. It’s sexy the way Michael Corleone seeing Apollonia for the first time is sexy, or Rhett Butler trading bad-tempered bon-mots with Scarlett is sexy–i.e., it’s not the sex that’s actually sexy, it’s everything leading up to it. So often fairy tale retellings go for the romance angle at a dead run, trampling any subtlety in their paths in their haste to make sure that all-important aspect get resolved–no matter how bad or bland the prince, he’s got to end up with the princess by the end. Valentine takes it slower, lingering over not one but twelve princesses, all of whom, by the strictures of fairy tales, need princes by the end–and villains to harass them along the way.

There aren’t twelve princes (or even one), but there are a fair number of bootleggers, gangsters, and captains of industry to round out the numbers. It should be bloated, with all those suitors. It’s not. It should be confusing; all those girls and their clashing desires. It’s not. Each is unique, and real, and toes the line between a glittering archetype (the Hollywood beauty, the fiery redhead, the twins) and an all-too-vulnerable girl, making them all larger than life but still very much alive.

(You know that scene in Good Will Hunting in which Will rattles off the names of his 12 (fake) brothers? Even now, I can rattle off the names of all the sisters and summon up their images, no notes needed. That’s how great the character-building is.) 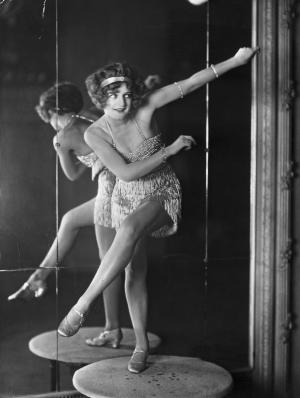 It’s not all dashing gents and giddy flappers, though. There’s a deep melancholy pervading the narrative of these captive sisters, and there’s acute suffering that punctuates the text, abrupt acts of violence and cruelty that reverberate all the way to the end. The sisters’ father is also a villain done right, attended by wicked minions, wealthy and cold and indifferent to his sins. Too often, villains are the scenery-chewing kind, since they originate in stories with very clear good and evil; but many authors lack the verve to pull it off. Valentine goes a different route, and casts Mr. Hamilton, whom the girls must address as ‘sir,’ as the most banal kind of evil–entirely selfish rather than sadistic. He denies them educations, never allows them out of the house, and barely provides their necessities, all in the name of their (his) reputation. He views his daughters as property (quite literally), and hosts parties to sell them off to suitors; this, sadly, is also within that realm of widely accepted evil, set in the time when women were still so terrifyingly subject to men.

Hope has a spring in her step though, and Valentine sets up a variety of ways by which the girls can save themselves. That’s another glorious trick: somehow, Valentine manages fantastical and simultaneously realistic possibilities for each girl to dance, to defy, and to find happiness. Whether or not they do…well, why aren’t you reading the book already?

Conclusion: You’ll want to bob your hair and bob your head along with the strains of music you can almost hear.