I don’t like short story compilations. Even if each story is a perfect, precious jewel–well, that’s actually the problem. A good story is complete. It says what it must, and it’s done. And yes, sometimes that takes 3 pages, or 30, rather than 300. The nature of a single short story is lovely and doesn’t bother me. Cramming a bunch of them together, giving the illusion of continuity a physical form, is what irks me. You go into a world and a time that’s self-contained, and then you come out of it–and then oh dear, time for the next one. And don’t tell me I can just read them one at a time. THAT IS NOT HOW IT WORKS. 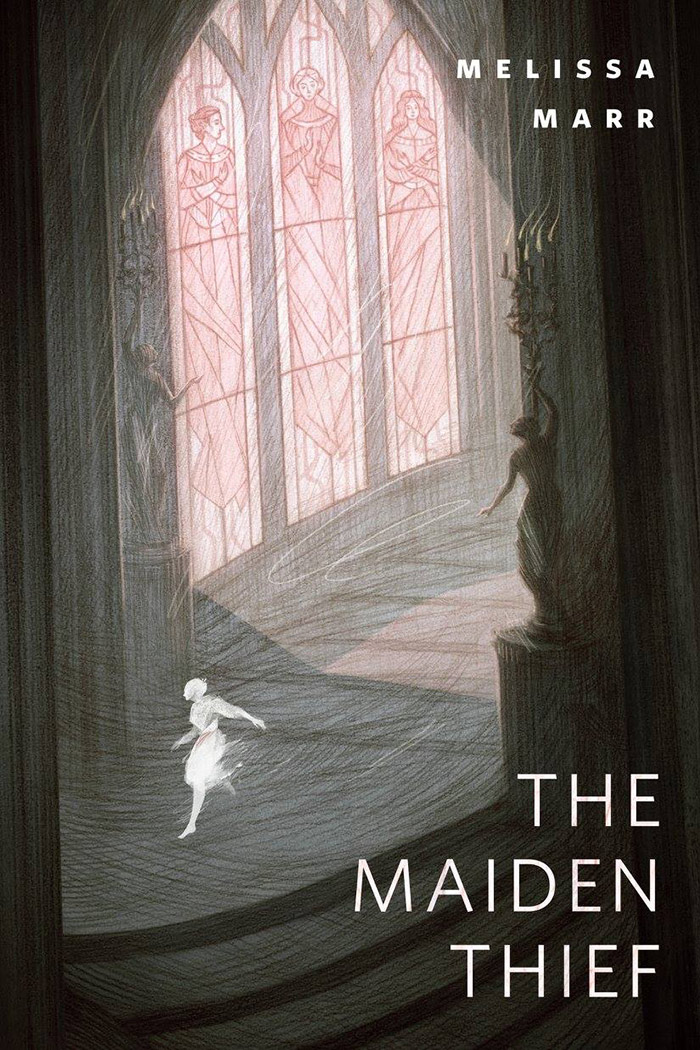 With that said, here’s The Maiden Thief, a work by the popular YA authoress Melissa Marr. Verena is our maiden protagonist, the youngest of three sisters and one brother, and the daughter of a bitter man. But she has hope despite her poverty and loss. She’s still going to school, and she has the audacity of her ideas. She’s clever. And she thinks she can learn more about the Maiden Thief, the man who steals a young woman from the village every year. None are alike in appearance, and none come from the same family. The women are never heard from again, and no one looks for them.

But this is a medieval world (of sorts–it’s at least not as developed as ours), and it’s not forgiving of a woman who wants a better place. The atmosphere is one of desperation distilled. Rather than making this story miserable, it makes it urgent. Verena throws herself against the overwhelming realities of her privation, never giving up because there’s nothing else to do. That’s one of the terrible, underused motivations of fantasy: in medieval worlds, fear—of starvation, of a world not fully understood—is a touchstone and a foundation. It’s what people go back to.

Does Verena go back to it? Yes, and no. Her journey is one of interesting compromises but not one of defeat. Marr packs a lot of pathos into her journey, all less-than-forty-pages of it. But it feels complete when it’s over. It’s not quite a fairy tale, and it’s not quite a mystery, and not quite an allegory of maidenhood. The fact that it manages to incorporate all those things, though, is quite impressive. Plus, this story isn’t even a dollar. For $.99, you can have a lunch break or a nice–okay, maybe not nice, but compelling–evening with some tea and an excellent short work.