Bram Stoker’s Dracula was the first adult book I ever read, which sparked my love of the occult in literature. Robert Masello’s The Night Crossing not only did justice to the memory of Bram Stoker but is a much needed reminder of the majesty of the world of vampires and witches.

This novel is about Bram Stoker and his brushes with the supernatural prior to and after writing Dracula. The opening pages give a clear foreshadowing of what’s in store for the reader.

And then, as she watched, tendrils of pale orange light touched its face. The eyes, a moment ago so black, blazed as if rudely awakened from an ancient slumber. The nostrils seemed to flare, and the lips… slight tilt at the ends, lending the visage a tinge of cruelty. And was there even a hint, heretofore imperceptible, of fangs? … though now, and of this she had no doubt, it had seen her, too. 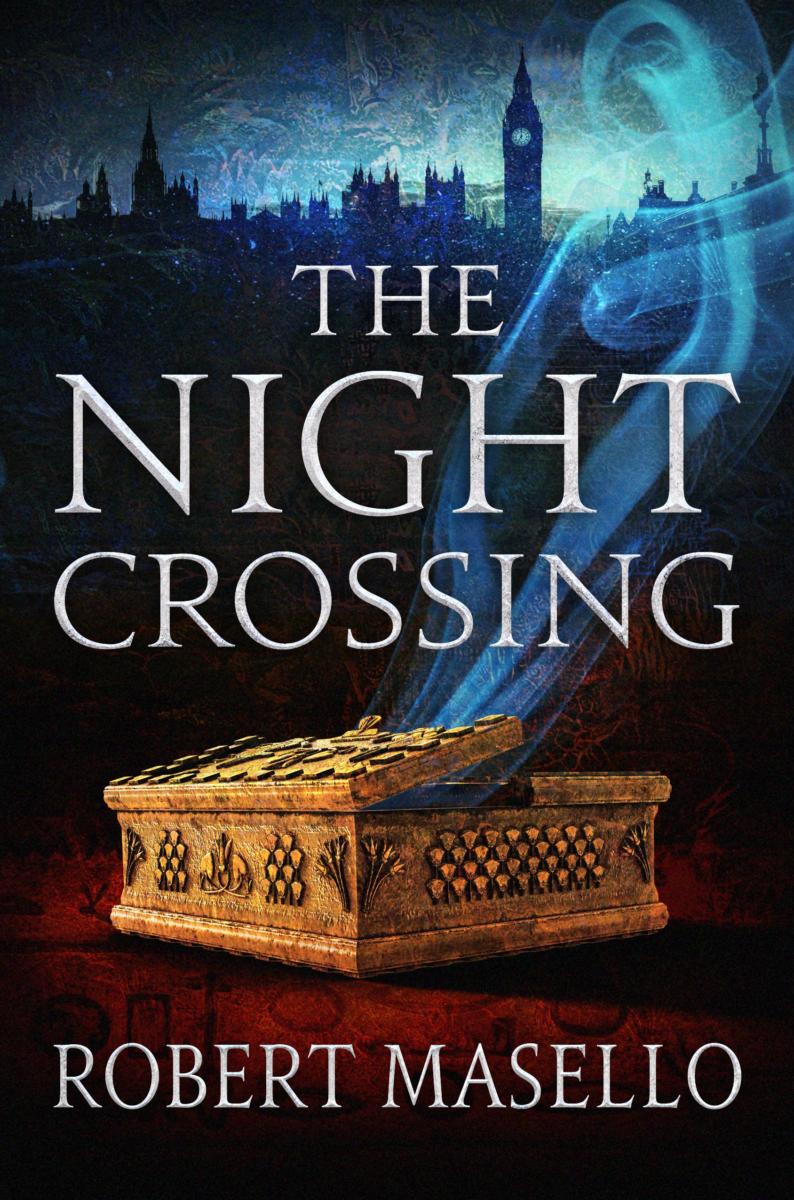 The novel begins in the mountains of Carpathia but quickly moves to London. At first, the spotlight shifts between three characters: Bram Stoker himself, Minerva “Mina” Harcourt and Lucinda Watts. The multiple perspectives provides intimacy with the individual characters and eventually brings them into interaction with each other. While walking home one night, Bram notices Lucinda standing on the riverbank and sees her jump into the river. He saves her from drowning but instead of thanks, she tells him, “God may forgive you, but I never will.” We find out that Lucinda attempted suicide due to the recent passing of her son, Davey. After being discharged from the psychiatric hospital and running away from the evils in the bowels of the shelter, Bram employs and houses Lucinda at the theatre. During one of his many visits to the British Museum, he meets Mina and soon learns of a secret box she found in the Carpathian mountains. During an investigation into Davey’s death, the trio discover that London’s elite Thorne siblings not only are involved but have incredibly sinister motives behind their homeless shelter/match company.

Egyptian curses, spells, human sacrifices are just some of the deliciously haunting elements. The effortless timing and pacing made this over 400 page novel feel like a breeze. Many contemporary renditions of the occult (Vampire Diaries, True Blood, etc) are often more focused on the sex appeal instead of narrative and though there are hints of the sensual, the narrative does not rely on them for plot progression.

Historical fictions aren’t easy to write, considering the material is not solely imaginary, but the way Masello breathes an unique premise into this narrative like a necessary and delicate bonding, makes it enjoyable and believable. I found myself wondering what was true and how it affected creative choices and what supernatural elements were actually based in truth. Masello even touches on this when the narrative moves to after Bram releases Dracula.

The style of prose moves the narrative quickly through the four hundred page novel.

Stoker had no use for churches, but he did feel the need to worship. To satisfy it, he went to one place only – the Reading Room of the British Museum.

The strength of the novel is in the suspense filled scenes.

Even more bizarre was the fact that the tales seemed entangled in some way. A sphinx in one, a mummy in another. And a sinister prediction at a seance, to boot. He could not yet figure out the puzzle or pattern, but it seemed unlikely to have all come about by chance. He felt like he was caught up in some greater narrative.

I found myself wanting to do nothing else but devour this novel. To just spend hours sitting curled up on my couch with a glass of wine enjoying the adventure of an author I always admired. Sometimes longer novels hit points of dragging, of moments you wish you could just flip through the boring stuff to get to the good. But this isn’t the case with Masello. He’s the type of storyteller that has you leaning forward into every word, giving each scene your entire attention. So if you’re looking for something closer to classic occult writing that’s timeless, The Night Crossing is the novel to read.