As we all recover from our multiple viewings of The Force Awakens this holiday season, let me take an entirely uncontroversial position and say that popcorn is delicious. Well, it is. Don’t lie, you all had at least a handful or two, and probably more like a bucket or two. This was probably before or after some more substantial meal, but all that light, tasty goodness was a nice snack and it didn’t make you feel bad.

Ladies and gentlemen, I give you The Unfortunate Decisions of Dahlia Moss. The main character is salty, the contents won’t weigh you down, and you’ll be glad you got it to graze through when things around you get dull. (I am going to stop stretching this metaphor now. Sorry not sorry.) It’s fun, it’s funny, and it’s delightful. It’s a relief, too, to finally read a pop-y book for which I actually get most of the references, even the really obscure one about Jigglypuff and sharpies. (The character wears this hat.) As geek culture rapidly enters and mingles with the mainstream, I’m glad we’re going to have our own versions of the lighter, more joyful books that other genres get. (Don’t tell me that we have paranormal romance. I hate paranormal romance. That crap ain’t joyful–and it isn’t steamy, either.) 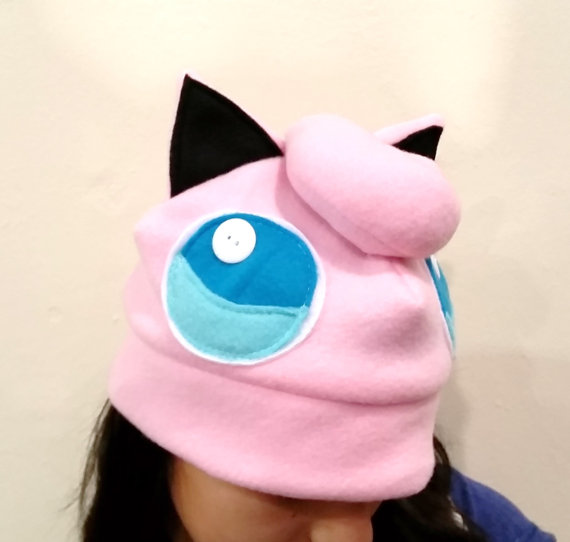 There are some good ideas here, too. I, like Dahlia, agree that it would make parties much less intimidating if everyone’s name displayed over their heads like in a game. (Any event with nametag stickies is, ironically, already not intimidating.) And I heartily approve of murder cases as potential interview questions. I sympathize with her social frustrations, her awkwardness, and her overall attitude of annoyance. I admire her tenacity in her investigations. I would like to be her friend.

But while I identify with aspects of her life, Dahlia’s plight isn’t the source of too much profundity. She’s a down-on-her-luck, out of work Millennial with a roommate and a pile of rejections. That may strike a chord, but it’s not exactly a symphony. There is no looming threat of bankruptcy, starvation, or homelessness. She does not have any kind of crippling healthcare needs or debt. She experiences only moderate guilt living on the sufferance of her roommate, and virtually no anger at the fact that her sensible business degree has gotten her nowhere. She mostly has–if it’s not an oxymoron–some lighthearted despair.

There’s nothing wrong with finding humor in dark situations, but this isn’t real darkness. It’s just an overcast, gloomy kind of day, and the humor isn’t necessary the way some humor is, to break tension. Theodor Adorno called laughter an escape, or the result of an escape, from danger. The danger here is never terribly pressing, and death is the cause of fewer agonies than the actions of cute boys. This may be a relief to those who have grown weary of the GoT tour of fantasy abattoirs. I was myself relieved most of the time, though sometimes the lack of danger seemed itself to be a fantasy, since there was, in fact, a violent murder to which she becomes linked. 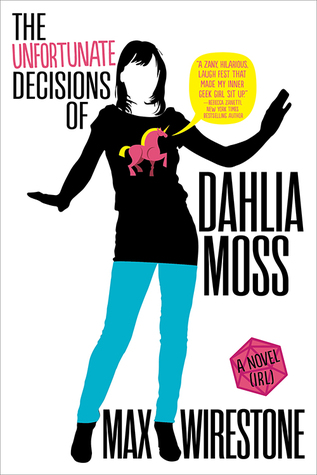 It doesn’t start out that way, though. It starts when Jonah Long hires her to retrieve a missing spear. But not an actual spear. A digital one, a rare object found in an MMORPG. For this feat of dubious prowess, he is willing to pay $1000. Of actual money. And Dahlia actually accepts, despite being rightly suspicious. And then there’s a murder with an actual spear, which goes also goes missing. And Dahlia, now searching for a digital spear and an actual murderer, is in real, actual trouble.

Mostly. Even Dahlia admits that she doesn’t give much thought to the grisly murder that occurs just after she takes her first detective job. On the one hand, this seems natural. She barely knew the deceased. Money and curiosity are her primary motivations, which is not out of keeping with the likes of Sam Spade or Philip Marlowe.

On the other hand, nothing seems to affect Dahlia much. The book is so laden with humor that it’s hard for any emotion to come through. Just as the pangs of her generation are muted, her immediate troubles and perils are kept at a jovial distance, and real life and in-game life become treacherously similar. The death of a human being counts for little more than the death of an NPC: few condolences are offered, and the truly bereaved are kept far from the narrative (we do not see the victim’s parents). A few characters from Jonah’s game do seem genuinely upset, but Dahlia brushes them off. They aren’t plot essential, I suppose. But this undermines a truth Millennials and geeks have worked for decades to advance, namely that digital relationships can be as significant as “real life” ones. Ultimately Dahlia’s and other characters’ relationships do become significant, but it is a bit jarring at times to put murder in the context of a game, rather than vice-versa.

But perhaps even that is applying too much pressure to a book that just wants to make you smile. It’s an antidote to the dreadfully serious stories besetting us of late. Being a geek is about joy. So is Dahlia Moss.