I’ll say it: Genevieve Valentine is one of the best authors writing today. She has that spark, that je ne sais quoi that brings both reality and mythology to life on the page, even for the shortest of stories. Here are three. 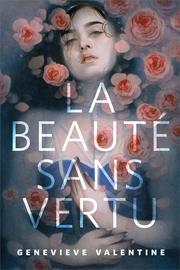 1. “La Beaute Sans Vertu”: Nothing But Gold Can Stay

Right, then. “La Beaute Sans Vertu” is for you. Short and sharp, it’s a knife aimed at the fashion industry but also at fashion’s detractors. We all have heard that there’s no beauty without pain, but Valentine describes a world in which there’s no beauty without pains-taking either, the kind of masochistic impulses that can lead to self-mutilation, self-destruction–or self-transformation. Exactly which is which is for you to decide. 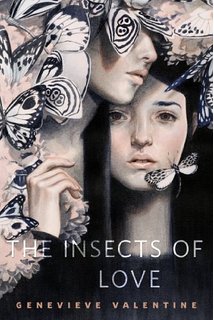 2. “The Insects of Love”: Swarm of Stars

Fairuz is missing. Ever one to forge ahead, to determine her life’s course with the most steadfast resolve, she’s nevertheless gone off course. Soraya wants–needs–to find her wayward sister, but she’s no dauntless adventurer. She’s the shy one, more comfortable in front of her computer researching bugs. She wants smallness, fragility. She wants to protect those creatures without a voice who live on the brink of extinction, in whatever nooks they can be found.

Her sister wants vastness, and seeks deserts. First the ocean, where life can thrive but humans will wither in the salt and the emptiness. Then the traditional desert, all sand and tenuous, tenacious life. And finally the stars, strung in the vacuum of space where no life is possible…probably. Maybe. And maybe not.

It’s not quite the drug-induced haze that, say, Caitlin Kiernan or Mian Mian can produce, but it is mildly hallucinogenic. I can’t claim to understand this story. But because the writing is so good, the mere intimations of narrative are enough. It’s a waking dream. 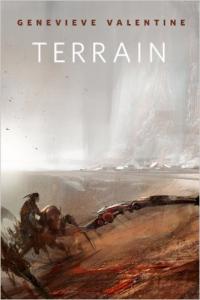 The saddest of the three stories by a long shot, and a piercing tale about that wretched illusion, “manifest destiny.” Faye and Frank are Shoshone on the run from Mormon missionaries and others who want to civilize them–or just erase them in order to erase their own guilt. They join up with Elijah on his “farm,” making a ragtag family with him and others who don’t fit into the settlers’ WASPy world. Instead they run spiders, the “dogs” with legs that can climb the rocky peaks that even the pony express doesn’t dare. But then the railroad comes, and immanent domain.

If injustice makes you angry, give yourself time after you finish this. It’s a tough one but it does thirty-six very solid pages’ worth of work to roll back that rosy glow we cast all over the old west, forgetting what atrocities were committed there.