The Big Water came, bigger than anyone expected. Dire climate change warnings weren’t dire enough, and much of the world either drowned or descended into chaos. But the Diné—the proper title for the Navajo people—survived behind a vast wall made from magic as much as brick. The magic that had once only existed in whispers was alive again, born from the trauma of this new world, the Sixth World.

This is the setting of Rebecca Roanhorse’s Trail of Lightning, a recognizable but wholly reinvented world. The protagonist, Maggie, has spent the bulk of her life grappling with the changes that this new world has wrought, some wondrous, some horrific. Monsters out of legend appeared to prey on the unwitting, and humans were slow to adapt. But many humans manifested clan powers, traits as diverse as speed or healing or hunger, based on their heritages. Maggie has clan powers, born from trauma just as the wall was. Whether they will be enough to defeat an even more deadly rash of monsters is unclear, but she aims to try. And there’s always a gun where magic won’t do. 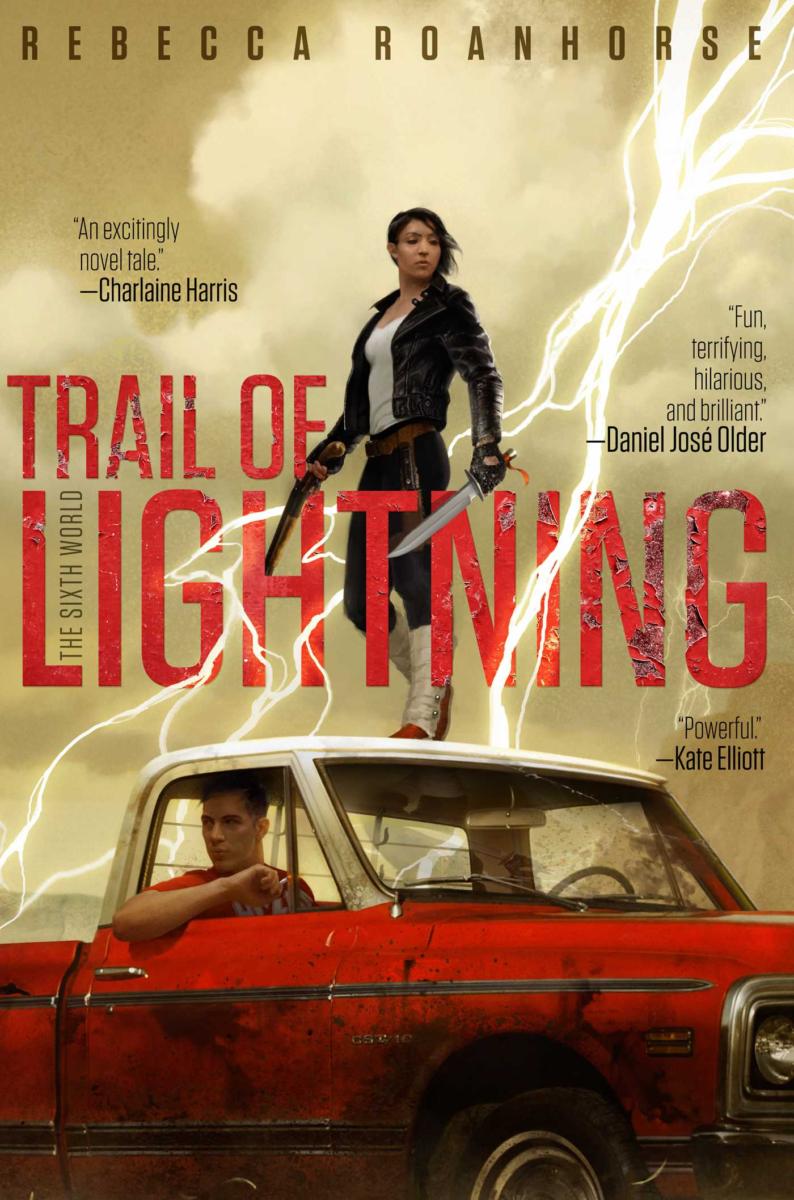 There to help her—often against her protests—is Kai, a Medicine clan smooth-talker. The two balance each other so that the narrative doesn’t get bogged down in brute force, which is Maggie’s specialty. Even so, the story is liberally spiced with fights of all kinds. Monsters, humans, knives, guns, magic—even a flamethrower makes an appearance as Maggie tries to solve the mystery of these new, horrible creatures preying on the Dinétah, the nation. And that’s just to start. The excitement never lets up and the stakes only get higher the further you read.

The action is fast, the pace snappy, and the setting engrossing. Being able to learn about Diné culture from such a passionately expert writer adds so much to the story. What could have been a decent paranormal/romance becomes a far more complex and interesting tale that grapples not only with Indigenous mythology but with the lingering colonialism and reverberations of today’s political landscape (walls, anyone?). Seeing a woman kick ass, take names, and not give into some very real despair is heartening as well as thrilling.

The only thing I don’t love is the denouement. It feels a little contrived and overly convoluted, like it would be more at home in a comic book full of Machiavellian speeches between the action. Maggie’s emotional triumphs are far greater than her physical ones, at the end. On the surface she remains a gruff, tough jerk, but we are able to see a real arc of healing beneath the surface. Her ability to finally grapple with the violence we see throughout the book is really powerful.

Overall Trail of Lightning is a suspenseful and thought-provoking read that I ran through way too fast. I couldn’t put it down, but now all I can do is wait for the next installment. April 2019 is far too far away to wait to find out what happened with all the ambiguous endings, so fortunately there’s a single chapter teaser for Storm of Locusts, the next installment in the Sixth World.