It’s November again and that means it’s National Novel Writing Month, where writers attempt to write a 50,000-word novel from November 1st until November 30th. It is safe to say that there is an intersection of storytellers who want to write a novel and those who run games of Dungeons and Dragons, Pathfinder, and other tabletop games. How then can a Dungeon Master apply what he’s learned running a game to writing a novel in one month? 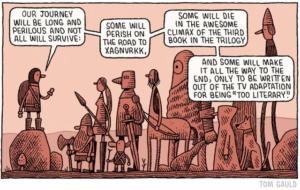 For starters, you can do all the preparation you want when running a D&D game but your players may not make the decisions you’ve prepared for. Your big bad is at the top of the tower full of orcs? Well, the wizard threw a fireball into a barrack full of orcs and now your precious tower is burning down. Throw the big bad’s monologue right out the window. That’ll teach you to make a tower made of wood. The same goes for making preparations for your NaNoWriMo novel. Outlining, world-building, and examining your characters helps but when you’ve hit the roadblock, it’ll throw your preparation out the window. 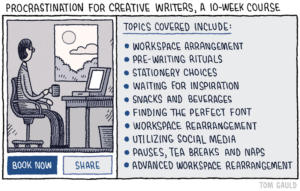 So what do you do? Your players are waiting and the game must go on. So does your word count. You’ll groan, press your fingers to your sinuses, and keep going despite the burning tower your players have left in their wake. The same goes for that burning tower of a sentence you left behind you in order to reach your goal for the day. In a D&D session, you can’t overthink it because your players are waiting for the story to continue. You have to apply that same logic to your novel because the goal isn’t to have the best novel in a month. A novel for publishing takes time. You write your first draft, then your second, then more after that. You proofread it, edit it, and send it to beta readers before you might ever send it to a publisher or literary agent.

Get out from behind your DM screen and write.

No, NaNoWriMo is a way to teach yourself how to form good writing habits by not overthinking and just writing. Let’s say your novel is your D&D campaign. Your protagonist, a.k.a. one of your players comes up to an NPC you don’t have a name for. Are you going to sit there and worry about his or her name or are you going to name him Gary the dwarf and move on? When you have to write 50,000 words in a month there’s going to be a lot of Garys running around, some of them may or may not be dwarves. The same goes for the plot, the setting, and the dialogue. 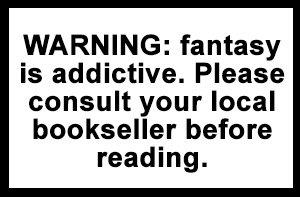 If you’re using NaNoWriMo to write a fantasy novel, use that to your advantage. All the information you’ve learned about weapons, spells, armor, and monsters can all be tweaked for your novel. The story hooks you’ve used to get the ball rolling? That could be the plot or sub-plot of your novel. Use your dice if you have to. All the random tables you’ve gathered from your Dungeon Master’s Guide and online can help you push through that block your mind won’t. Also, if you’ve been running a homebrewed campaigned, don’t be afraid to use that for the story. You took the time to develop that world and those characters for your game, why not your novel? 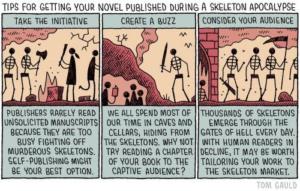 When you sit down with your friends behind your DM screen or your computer to run your game, you’ll have to make decisions then and there based on your player’s decisions. Writing your novel for National Novel Writing Month gives you more control and you’ll have to get in the mindset of making the same kind of decisions to reach your goal. Your D&D session may not go the way you imagined it but you got together with your friends and had fun telling a story together, right? Your novel may not be the New York Times Bestseller you hoped it would be but on December 1st, you can look at what you’ve achieved and know you sat down and did the work. Congratulations, you wrote a novel, dungeon master!