BBC’s Wasted feels like an inside joke to all those who enjoy fandoms.

The show follows the lives of four aspiration-less twenty-somethings who run a headshop/tattoo parlor (called “Stonehenge”, ya get it?) in small town England. With the return of their leader, who failed at having a DJ career in the big city, it’s basically an episodic romp that navigates through the terrain of figuring out what life means in a tiny town.

The character set up to be most empathized with is Paul Dirkin, otherwise known as “Morpheus” who is the geek that lives in all of our hearts. Morpheus’s inner conscious is personified by fantasy folk hero, Sean Bean. Not Boromir, Ned Stark, or Sharpe, but the actor Sean Bean who is played by Sean Bean. Bless his heart, the actor embraces the love of his ill-fated characters and makes fun of them at his own expense. Bean shows up every once in a while when Morpheus needs some moral or romantic guidance in the garb of a fantasy king, which makes a great juxtaposition when appearing in the men’s room of a dive bar. 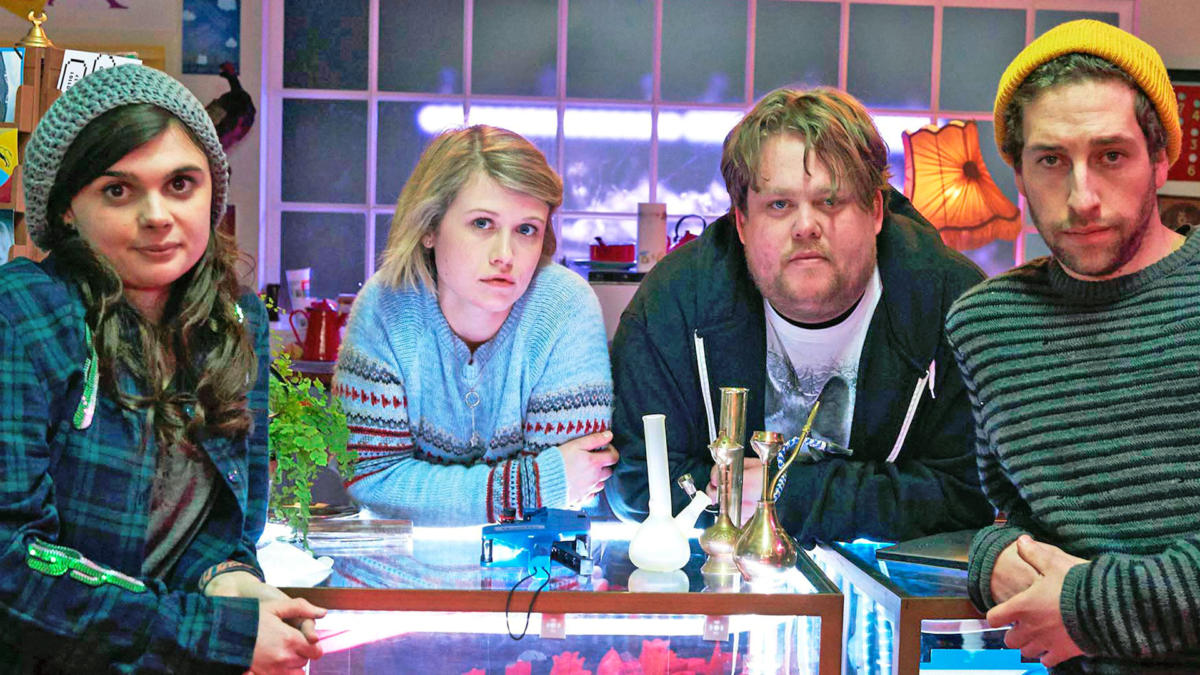 Episodes include an escapade to dig up rave-pills buried in the 90’s, an epic hike back home after a night of drinking, The “Berryman Festival” featuring how to make-out with someone with a lip-ring, and what to expect when invited to a sex-party.

So far there are 6 episodes available on Hulu in the US, though it originally aired on BBC 4 in the UK on July 2016. Currently, there is no news on Season 2, but as the series was favorably received, it’s likely we can look forward to another run in the next few years.