I first encountered Paul Kearney in the most tragic way possible: I began his Sea Beggars trilogy. Oh, the trilogy itself isn’t any more tragic than any other quality fantasy novel. The tragedy is that, because of some shadowy dispute with the publisher, the third book doesn’t exist. It will probably never come out. It’s a friggin’ travesty! I’m still upset about it more than ten years later.

Fortunately, (a) this tragedy hasn’t stalled Kearney’s other writing and (b) this book is complete unto itself. Crisis averted.

This story, Wolf in the Attic, contains (as the book jacket promises) mention of the two most famous Inklings, and hints of their magical realms. And it does feature werewolves and other fell beasties that Tolkien and Lewis would be pleased to describe. But the world it’s in is in fact quite terrifyingly real, both for its setting (1920s England) and for the way that setting echoes into today: both are contending with a huge and tragic refugee crisis. In both times, Greece is a focal point, a place where ancient stories abut new dramas full of pain and sadness. Anna and her father have escaped Greece, which lies in burning ruins, but as refugees in Oxford they face new threats of poverty and xenophobia. (Strange, to use the Greek word to express fear of the Greeks, who once held the whole world as foreign and themselves at the center of it…) 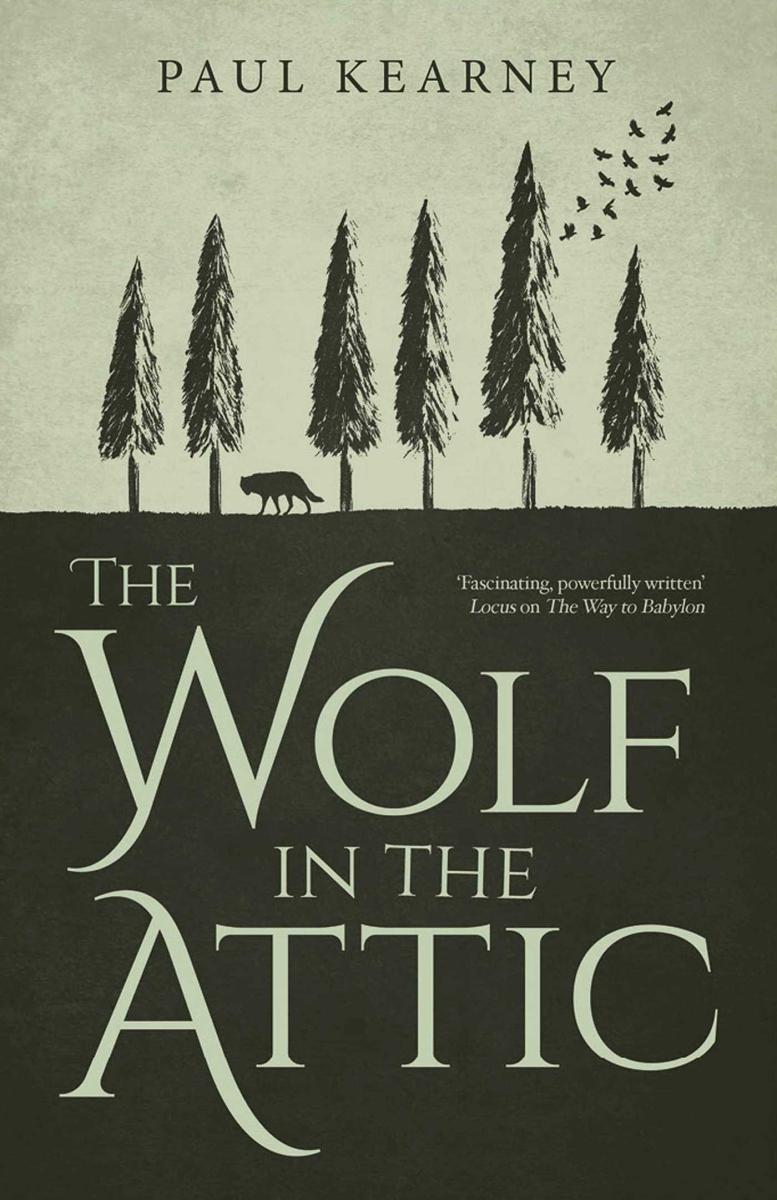 Anna is keen to explore this world, and chafes at the boundaries her age and gender and heritage place on her. Her tutor wants her to be a lady; her father wants her to forget Greece and the family they left behind there; her exile community is more interested in getting drunk and reminiscing than moving forward. So she sneaks out at night to play at being an explorer, and to satisfy her innate wildness. What she finds on the streets of Oxford and the wilds outside it is more wild than any story her father or the nice Professor Lewis can tell.

There are wolves and ancient creatures in the woods. There are pale men who can steal the warmth from fire, and dark silhouettes that loom in the barrows, shadow like men but with great racks of horns. Anna finds these, and plenty of tragedy in their wake. Fortunately, she also has the grit to see her story through.

It reminds me a bit of Davida’s Harp, a lesser-known work from Chaim Potok written from the perspective of a young girl. There’s that same attention to the particularities of youth and girlhood, the simultaneous blitheness and sharp eye for injustice. The world is very different to girls like Davida and Anna, who are smart but not yet wise, unaccustomed to the cruelty and capriciousness of life, and therefore sometimes more able to defy it. Anna strikes out on her own in more ways than one, wandering Oxford and the wilds outside it, but also exploring the dark recesses of her own home, the attic and the secrets of her family.

There were times while reading that I almost had to put the book down, kick up my legs into the air, and flail and squeal like a tween getting a call from her first crush. (A text? A snapchat? What do the youths do these days? Whatever.) It’s that good. It just makes you want to clutch it to your chest and go where have you been, you gorgeous book?

I was entirely enchanted until perhaps the last twenty pages, when things began to slip a little. It wasn’t a bad ending, and it didn’t feel wrong for the story. It just seemed a little bit convenient, in the way that the end of The Stand felt both appropriate and also like someone who had written himself into a corner and had to make a happy ending from the cobwebs that had tangled there: a bit thin, ultimately, a bit insubstantial. Does this negate what came before? Absolutely not. Is this book still worth picking up? Yes, worth buying and owning, at that. But I will be puzzling over this ending for a while, pleased though I am to have gotten any ending from Kearney at last.

Wolf in the Attic will be released tomorrow, May 10.