The woods are a perennial (heh) theme in fantasy, and I could go on and on about the Jungian undertones of quests into the primordial unknown, but I’ll spare you in favor of the internet’s favorite format: another list! Here are ten upcoming or recent books to get you in the mood for autumn walks, or, possibly, make you never want to sit under the shade of a single branch ever again. 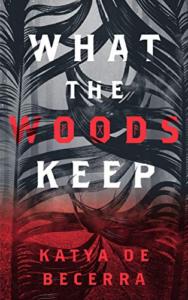 What the Woods Keep (Katya de Becerra) – September 18 – The first in a number of books this season about inheriting a home at the edge of a forest and discovering magical secrets within. For Hayden, there’s a chance she can finally discover why her mother disappeared as well as lay the mysteries of her old house to rest. But of course, the woods have other plans.

Sisters of the Winter Wood (Rena Rossner) – September 25 – Along the lines of Uprooted and The Bear and the Nightingale, this features sisters at the edge of the Ukraine and the edge of a vast forest. Two sisters learn of their magical heritage as threats emerge from the wood and from romantic entanglements. Russian/Eastern European fantasy is very in right now, so hopefully this lives up to its predecessors.

In the Night Wood (Dale Bailey) – October 9 – A married couple wades into the woods and into their grief for their deceased child in this story that also incorporates long-dead writers and long-dead kings. Yet again, there’s a writer whose house near the forest entices the characters into adventure. Does every writer get a woodland estate? When do they hand those out? Do reviewers get, like, a shack and a potted plant, then? 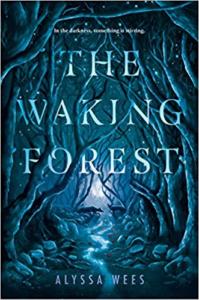 Lying Woods (Ashley Elston) – November 13 – Owen used to be rich. Then he found out–along with the rest of the world–that his father stole all their money. With his father missing, Owen has to contend with the resentment and harassment on his own. He takes refuge working in a local orchard, but even there, danger encroaches. To solve a mystery for others, he eventually has to confront the mysteries of his family’s past as well.

Waking Forest (Alyssa Wees) – March 12, 2019  – Rhea is at the edge of the wood and the Witch is at the heart. But each is being tempted by games and wishes to venture beyond the boundaries of what they know. Woods are almost always transgressive spaces, places where the norms do not apply. In this case, the woods deviate from reality itself, since Rhea is the only one who can see this mysterious place—or is she?

The Hazel Wood (Melissa Albert) – Along an identical premise but not an identical execution is The Hazel Wood, which gets into meta-fairy tales. Alice’s mother disappears, and she must return to her family estate to either find or rescue her from the overgrown fairy tales her grandmother wrote. She brings along a super-fan of Tales from the Hinterland, her grandmother’s book, but this isn’t some romantic walk in the woods. These stories have teeth. Fortunately, Albert firmly believes that the stories told about us aren’t our fate, which is good, because Alice’s story is the strangest and scariest of them all. 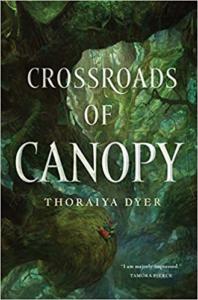 What Should Be Wild (Julia Fine) – The Hazel Wood except with Jean Grey! The main character, Maisie, is cursed to kill or resurrect anyone she touches. The other women in her family have also been cursed, but Maisie doesn’t do much about it until her father disappears into the woods near the family manor. So like Alice, she runs in to save her parent, and encounters more magic than she could have imagined. Less fairy-tale oriented, but definitely in a familiar vein.

Uprooted (Naomi Novik) – Everyone and their mother has read this book, but in case you haven’t, here’s a reminder that you should. Eastern European fairy tales permeate this story, but its heart is a universal tale of finding your own path. Agnieszka starts out as a servant to the fearsome mage called the Dragon, but ends up as a sorceress who takes on the weight of a kingdom’s terrible path. It’s magical beyond words. 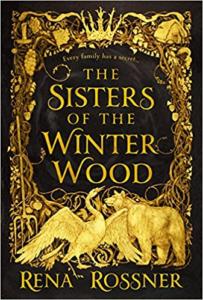 Crossroads of Canopy (Thoraiya Dyer) – This is one of the most innovative fantasies I’ve read in recent memory, although it definitely throws you in the deep end from page one. This is a lush, immersive world with a viciously ambitious main character. Unar wants to be the greatest servant of her goddess, but when her ambition is thwarted, she goes in search of more gods, and things greater than gods. Unexpectedly, her hero’s journey is a journey into an all new kind of underworld, and when she emerges, her transformation is transcendent.

The Beast is an Animal (Peternelle van Arsdale) – This was optioned by Amazon, so there’s a good chance you’ll want to read up before you watch. Alys is an orphan after an eerie attack leaves every adult in her village dead. She is forced into indentured servitude in a nearby town that fears a similar attack from The Beast, but Alys doesn’t know much about The Beast. She mostly knows that the town’s puritanical rules are gradually chipping away at her spirit. But events are coming that will either force her to break free or become a monster herself.