What do computers dream of? Programming robots to race, and potentially destroy each other in a factory apparently. That is the reality in RoboRally.

A factory filled with conveyor belts and deadly lasers is the backdrop for this amazing race. The objective is for players to control their robots and get them to touch all the flags on the map before their opponents. Movement is “programmed” to players’ robots by selecting cards from a hand and placing five cards down in the order you want to execute them. The issue is that all the players execute their movements at the same time. Turns can dissolve into utter chaos with only one misplaced card. 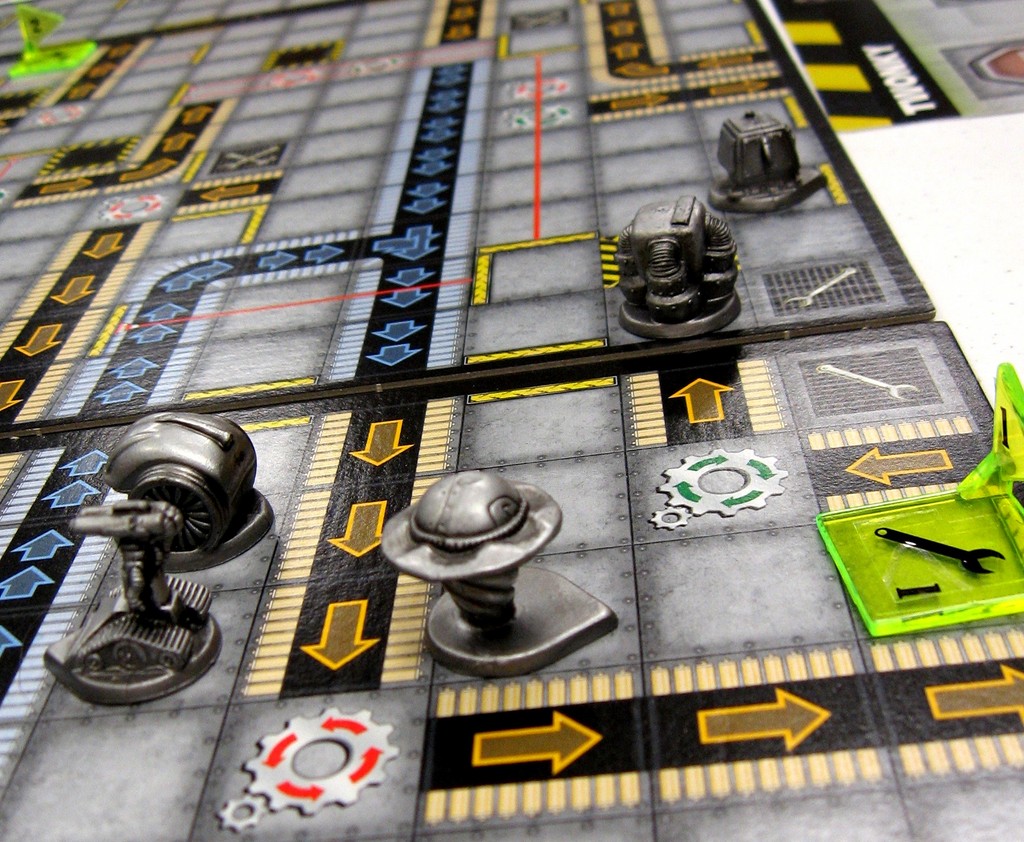 Robots can take damage through environmental means or the laser that each robot has and can fire at the end of the turn. The more damage the robot takes the less movement it can be programmed to take.

The gameplay is delightfully absurd. Once players get into the game they start feeling for their poor little robots that are forced into this dangerous game, wanting them to win or at least carve out a small victory by preventing others from winning. These races can take varying lengths of time, and the instruction booklet comes with over 30 different map setups that accommodate different player numbers (up to eight) and time requirements.

I have had quite a bit of fun playing RoboRally. The game does not take itself too seriously, the artwork is cartoony and fits well with the game. Rather than being a strategy games that stress the players out, this strategy game is lighthearted. It leaves the player wanting more rather than drained from trying to read other players actions. If you want to lighten up your next game night but still have the meat and potatoes of a strategy game, give RoboRally a laser shot.

Pick up a copy of RoboRally on Amazon