If you’ve read the first two books in this series, you already know that there’s no way you can’t read the third. It’s impossible to resist these books, and impossible not to devour them once you have them. I’m pleased to report that book three is no different.

In the face of these impossible 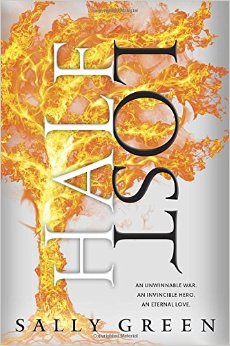 odds, Nathan is breaking down. He’s killed so many people, he’s watched his father die and been forced to eat his heart, and he’s lost the girl he thought he loved to either circumstances or subterfuge. Annalise’s betrayal, whether calculated or not, gnaws at him and makes him even more reckless than before.

The prose is as crisp and urgent as ever, and Green doesn’t waver in progressing the plot as she always does: with dire need and mayhem. More dear comrades are lost, more moral choices greyed down until good and bad seem like shadows of each other. The only bright point is Gabriel, whose love for Nathan eschews moral absolutes in favor of compassion for Nathan’s past and hope for his future.

Nathan’s love for Gabriel, always strong, only grows over the course of the book. They have moments of real breakthrough and insight with one another, and this goes from being a somewhat fantastical story of Gabriel’s unwavering devotion to a story about really human young men trying to grapple with their demons and one another. It’s a really beautiful–if still dark and troubled–thread running through this tapestry of blood and hate and regret, and it makes the tragedies bearable.

I don’t think a review of this book would be complete without addressing the ending. It’s polarizing for sure, so let me lay it out for you:

Nathan and Gabriel consummate their romantic feelings and have a genuine relationship. And then Gabriel dies. Jessica shoots Nathan, but the bullets ricochet off him and kill Gabriel instead. Nathan spends a long time in denial, imagining that Gabriel is alive, and a longer time in mourning. Finally, using his innate gift of shapeshifting, Nathan goes to Gabriel’s grave and turns himself into a tree. My understanding was that, whether by will or the nature of his chosen form, this transformation was permanent.

Let me start by acknowledging the right that queer fans have to be angry with creators who kill gay characters. This is undeniably a trend, and it’s unequivocally wrong in its abstract form; which is to say, this should not be a trend. Queer characters should survive at the rate of their cishet counterparts.

Not all cishet characters survive, though. So the bigger issue here I think is sussing out whether this is one of those instances in which it was truly the narrative at work, or whether some less purely artistic impulse drove the decision to have these characters die. 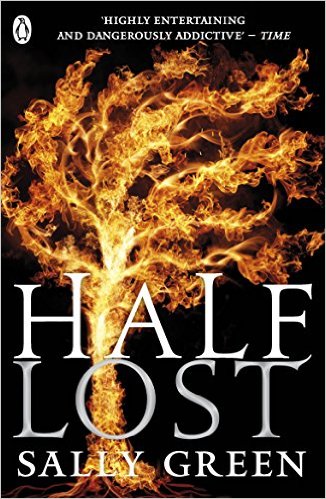 Let me first say that intention of the author is, ultimately, impossible to discern. We can speculate and draw some conclusions, but we’ll never really know. I will say, though, that as a writer myself, that killing major characters is not easy. It is a rare author who might find it so. I doubt very much that Sally Green made this decision lightly, whatever her reasons. And the way that Gabriel dies is resonant with both feeling and narrative weight. Only because of Nathan’s invulnerability did Gabriel succumb. There’s a lot to unpack there about the nature of masculine strength, about what power is when you can’t protect the people you love, and about the selfish/selfless decision Nathan made to become invulnerable in the first place. It’s not a simple or meaningless death, we can say that much.

So yes, let’s first acknowledge that some of these decision may be made from a place of believing that queer characters can’t or shouldn’t be as happy as straight characters. Other instances stem not from homophobia but the misguided notion that tragedy is deep and happiness is shallow. This is a juvenile impulse, and the refuge of certain weaker talents who can shock with skill, but don’t know how to show the mundane drama of love, contentment, and commitment. Put together with the fact that many writers are unable or unwilling to write realistic queer relationships, and you have them jumping to murder as a source of tension. (Lesbians are particularly susceptible to this since many writers also don’t know what to do with female characters, other than kill or threaten them. But that’s another discussion.)

In this particular instance, the Half trilogy is steeped in tragedy. The books practically bleed Nathan’s blood and tears. To have a tragic ending is not just fitting, it’s nearly inevitable. Do I like it? No. But that’s because Green has made me care so strongly for her beautiful characters. My caring doesn’t protect them from the world she’s created, though. Their lives aren’t fair. It isn’t fair that Gabriel dies because of his devotion, while Annalise, who shrank from hard decisions, lived and flourished at the end. I don’t like it at all.

But ultimately, I think artists have the right to create the vision of their art that’s right for them. This series is set in a brutal, unhappy, unfair world, and Green does not imagine that Nathan’s suffering and sacrifice earn him respite. Given that throughout the books she has always given thoughtful consideration to the nature and psychology of suffering, I do not think her stance is unjustified. She has clearly worked hard and pondered long, and I cannot lump her in with those juvenile writers who think suffering is deep. She knows it’s not. She knows violence isn’t like in an action movie; she knows it’s brutal and soul-eating. All Nathan wants is to live a quiet life by a river with his love. But she also knows the world isn’t fair.

So yes, this book stands as an exception for me in some ways. I understand those who disagree with me. After all, this book, however good, however thoughtful, still does fit into that larger trend of queer protagonists never seeming to get happy endings. So my solution is not to try to convince you any more than I have. The answer, I think, is–as it always is–more art. More stories from authors who write happy endings. More queer stories generally. The rainbow symbol of LGBTQ rights should not just stand for a spectrum of genders and sexualities, but for the range of human experiences that LGBTQ people–like everyone else–live with and through every day.
—

PS – if you want a gay couple in a fantasy book with a happy ending, read Rainbow Rowell’s Carry On. It’s just as many feels, but giddy instead of wrenching.