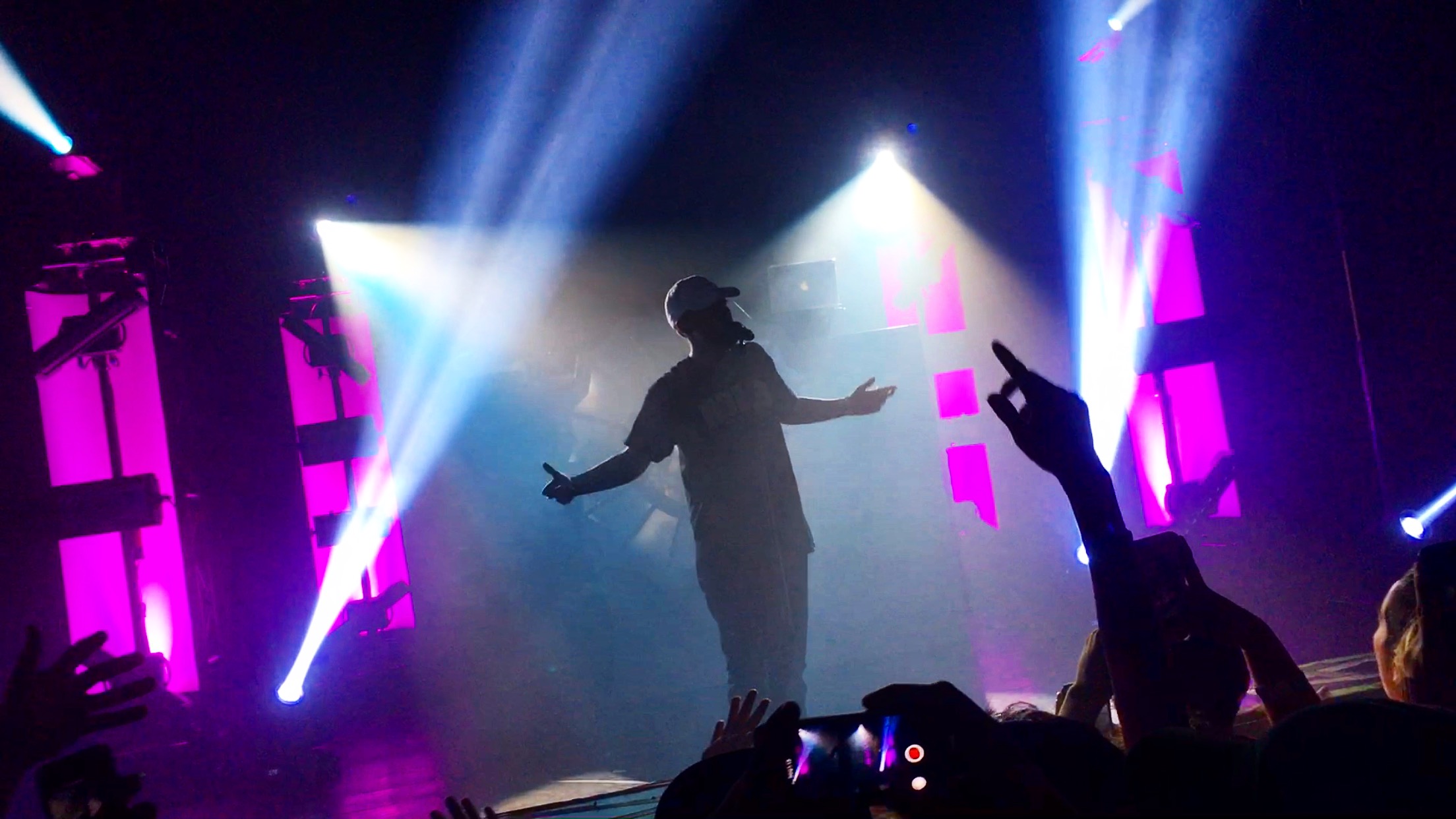 This isn’t our usual round of Geekly Grooves but, as an avid concert goer and lover of music, I felt the need to share my most recent concert experience with you all. This may also happen from time to time since I try to go to at least one concert every month. Expect a peppering of these concert experiences paired with an album review! Let’s get into it! First, the album… 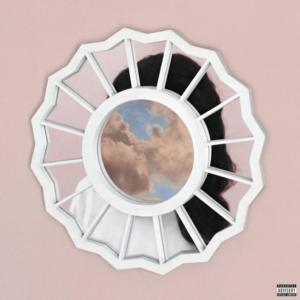 The fourth studio album by the 24 year old Pittsburgh native, The Divine Feminine is a soulful and funky trip from start to finish. The album features many high profile guests including Bilal, Anderson Paak, Ariana Grande, CeeLo Green, Kendrick Lamar, and more. The concept behind The Divine Feminine, in Mac Miller’s own words is, “It’s love, which is the simplest answer, but the most complex of topics. It’s the religious experience of going into that emotion.”

The album starts with “Congratulations”, after a short female sung intro, we are greeted by some very smooth and romantic sounding piano that actually made the hair on my arms stand up the first time I heard it. Mac Miller makes himself known by muttering “Love, love love love love love,” only to be interrupted by a much deeper, distorted voice proclaiming, “SEX”. This can be construed as what could have been the original outline for the album. Instead, a more appropriate opening line would have been, “Sex, sex sex sex sex sex LOVE.” While the album is extremely well crafted and produced, Mac’s lyrics tend to lean from quirky and clever to vulgar and cringey. Despite the slight awkward moment or two (especially the couple times on the album that features a woman just moaning in pleasure), The Divine Feminine really sets itself apart from Mac’s other albums. Songs like “Dang!” and “My Favorite Part” make you want to get up and dance. On the latter, Mac Miller is joined by newly confirmed girlfriend Ariana Grande and their chemistry shines through even though Mac is singing instead of rapping. While he doesn’t sport the best singing voice, it is a welcome change up and perfectly suits the vibe of the album as a whole.

I really enjoy this album. While some parts are a tad awkward, The Divine Feminine is different from anything that’s coming out right now. It’s funky, fresh, and fun. Stand out songs include “Congratulations”, “Dang!”, “Planet God Damn”, and “My Favorite Part”. 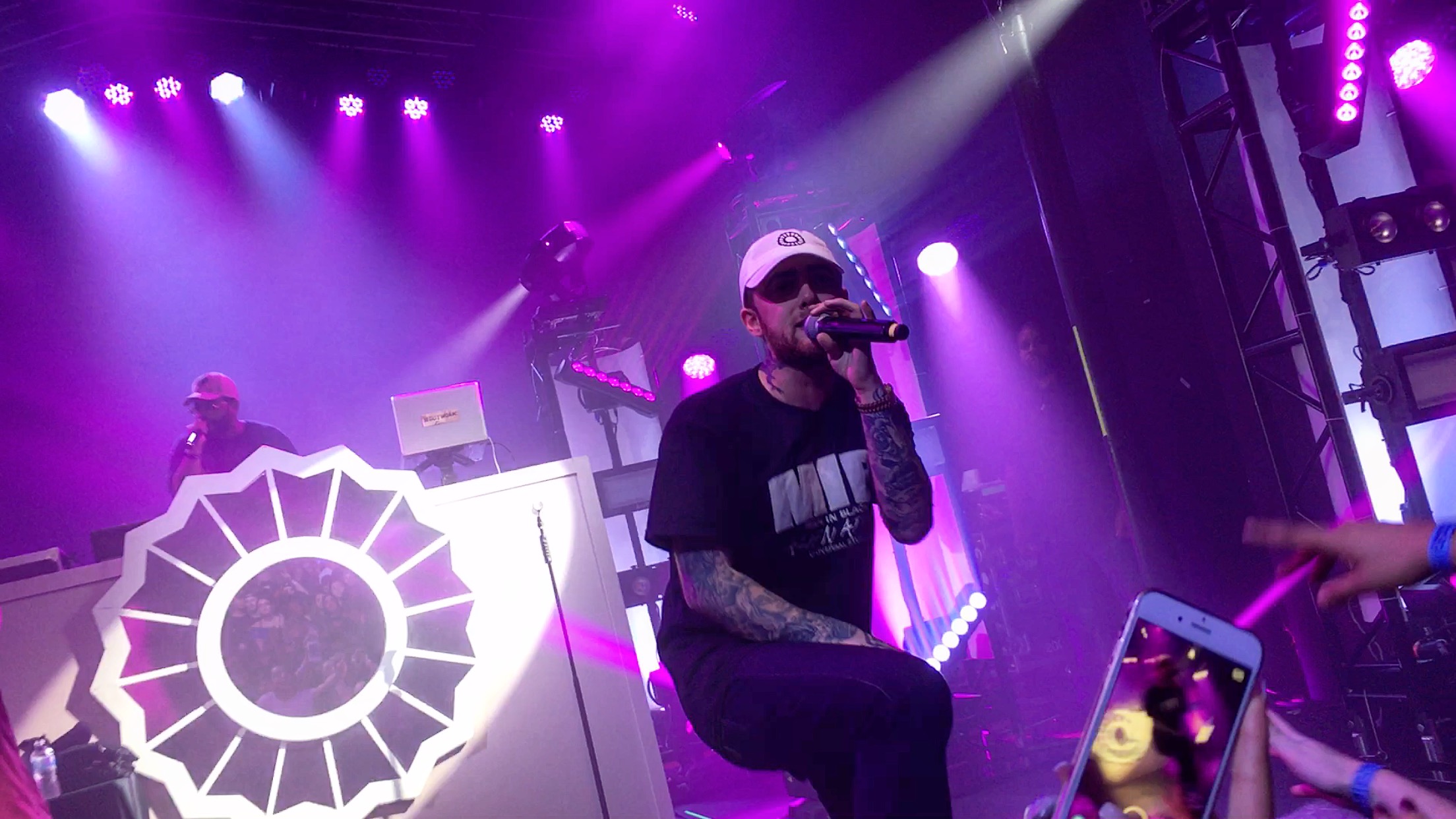 On to the show! Mac Miller, even though this album is a more mature and softer effort, is known for big party songs and energetic shows. His music is more suited to house parties than intimate jams so it’s understandable that his first outing in such an area would be imperfect. The concert took place in my favorite local venue, The Observatory in Orange County, which is small, general admission, and perfect for this kind of show.

The lights went out after the opening DJ finished his set and the crowd went crazy. Two strobe lights flashed on on either side of the stage and the voice of Ty Dolla $ign came blaring out of the speakers as he sang the opening lines of “Cinderella” off of The Divine Feminine. Mac came running out from behind the stage and immediately jumped into the first verse, the crowd miming his every word. He then launched into a small medley of songs from his last two albums, Watching Movies With The Sound Off and GO:OD AM. The crowd danced, jumped, screamed, and rapped along with him as they pushed me from the back of the pit all the way to the front with every song. By the end of the hour and a half long set, I was battered, bruised, and covered in sweat, most of it not my own. He thanked the crowd for our energy especially in this stressful time and took his leave after performing two final songs, “Nikes On My Feet” from the 2010 mixtape K.I.D.S. and “When In Rome” from GO:OD AM. 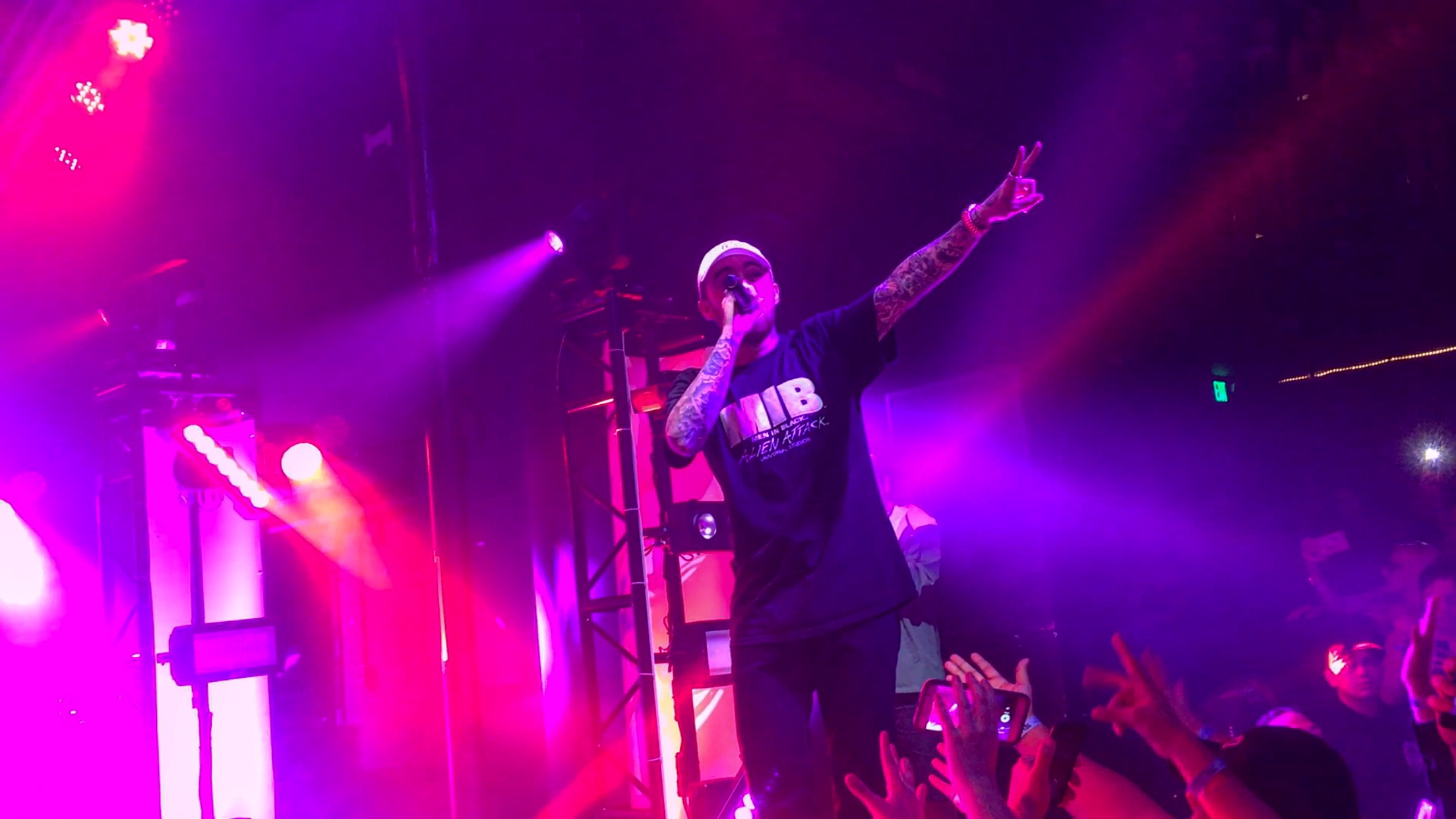 Well that wraps the first Geekly Grooves Special Report! If you’d like to recommend an album for us all to check out, then please send us a tweet with the album name and the artist with the hashtag #GeeklyGrooves or leave it in the comments!