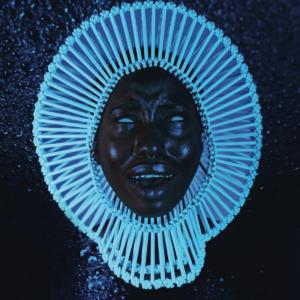 “Awaken, My Love!” is the third studio album from artist Childish Gambino, also known as writer and actor Donald Glover. After a home run first season of his show Atlanta on FX, which Glover wrote, produced, and starred in, comes the last thing anyone expected from the quirky rapper: a completely sung P-Funk album. “Awaken, My Love!” is heavily influenced by funk legends Parliament-Funkadelic, Sly and the Family Stone, and The Isley Brothers. In an interview with Billboard, Glover described how these groups influenced him and his vision for the new album. “I remember hearing a Funkadelic scream and being like, ‘Wow, that’s sexual and it’s scary.’ Not having a name for that, though; just having a feeling. That’s what made it great.”

The album begins and immediately takes you on a roller-coaster of sound with the stellar first single, “Me and Your Mama”. Filled with raw wails and primal screams alongside a gospel choir, right off that bat you know that this is no ordinary Childish Gambino record. Glover’s voice and style of singing changes from song to song, emulating George Clinton to Prince. There is sporadic use of auto-tune throughout the album but not enough to beat the listener to death with. It’s used stylistically rather than a crutch in songs like “Boogieman”, “Zombies”, and the bubbly “California”. “The Night Me and Your Mama Met” has no lyrics but the choir returns over a scratch-guitar instrumental that features an amazing guitar solo reminiscent of Funkadelic’s “Maggot Brain”. The album concludes with clean and inspiring vocals from Glover on “Stand Tall”, urging the listener to “keep all your dreams, keep standing tall” and to “smile when you can”.

I thought the album was flat out amazing. I cannot get enough of it. I’m a huge fan of Donald Glover and all his projects. I attended Pharos this past Summer where he debuted the album in its entirety and also debuted the first three episodes of Atlanta before its televised release. A couple tracks did sound reworked compared to their live counterparts but I enjoyed “Awaken, My Love!” immensely. The more I listen to it, the more I interpret the album as a collection of stories and lessons from Glover’s own life that he is passing down to his newly born child. The album feels incredibly personal and really does not feel like it is meant for the listener but they too can learn from lessons that Glover has to give. Standout tracks include “Me and Your Mama”, “Zombies”, “ Redbone”, and “Stand Tall”.

Thanks for checking out the latest Geekly Grooves. Please send any album recommendations via Twitter with #GeeklyGrooves or post them in the comments.