Splendor is a set collection game from publisher Space Cowboys where players compete to be the most-prestigious gem dealer in all of the land. Prestige is gained by obtaining cards that depict trading routes or shops in which to sell your wares, and by gaining favor with nobles who notice your growing wealth.

How do you build this magnificent empire of stones? Good old-fashioned mining. You don’t have to use black magic to enslave children to do the mining, al a Mola Ram in Indiana Jones and the Temple of Doom. You simply collect a set of the poker chip-like tokens from the available sources. 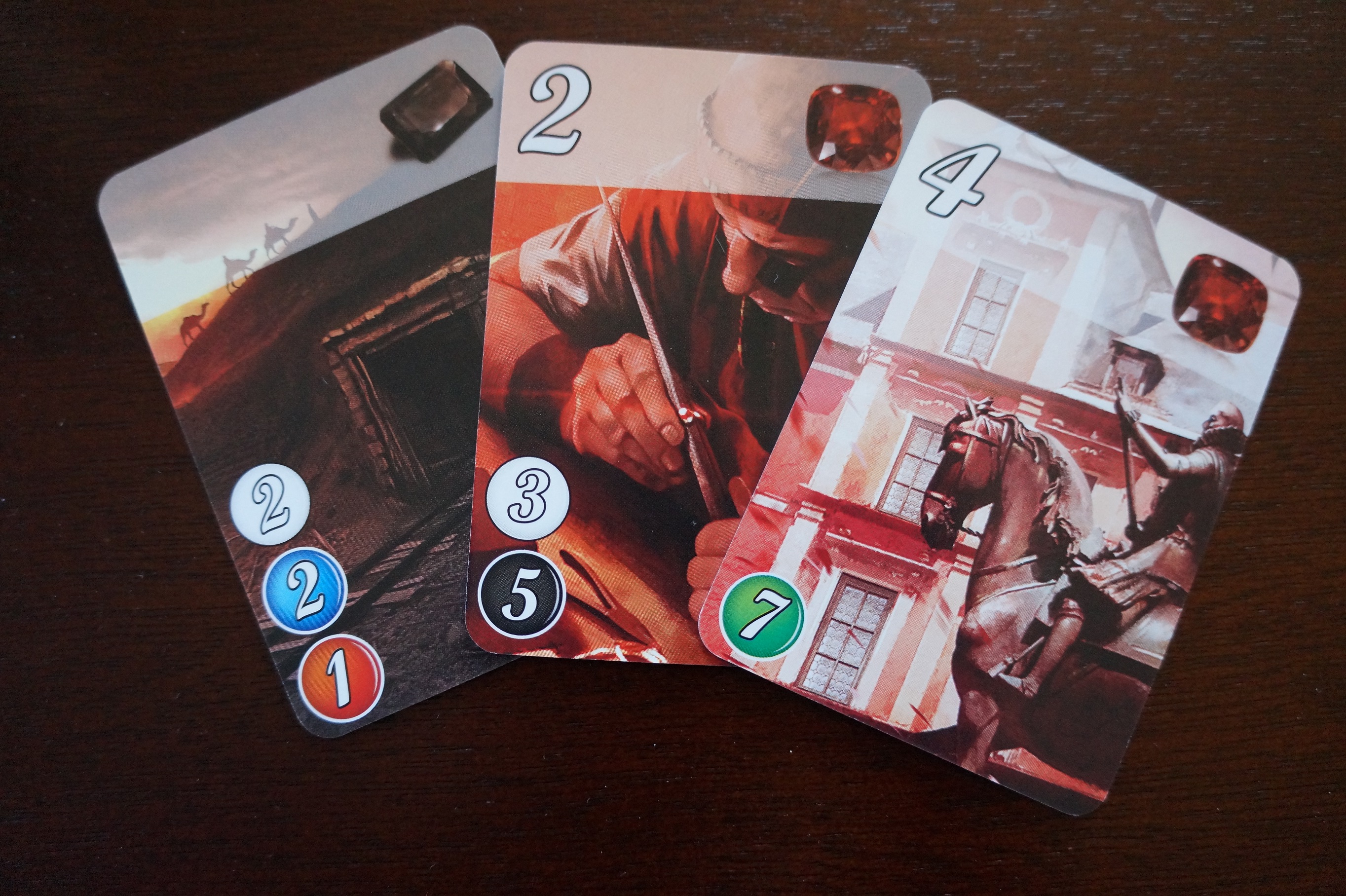 The art is outstanding. You really feel the publisher spent time thinking about what the shops would look like, not just creating a general shop icon and calling it “good enough.” This attention and care for the art is present in each aspect and really draws the player into the world of Splendor.

Splendor leaves success or failure in your hands. It is strategic in that you are forced to make decisions at every turn that will either set you up for victory or give your opponent the resources they need to win. There is an element of luck in which a purchasable card enters the field that can turn a player’s riches to rags immediately. I am reminded of the last time I played Splendor, the game was a hard back and forth between the four of us. Players were draining gems just to cut off other players and reserving cards trying to anticipate others strategy. The way the game ended was by the exact card a player needing coming out on his turn. There was nothing the other players could do. 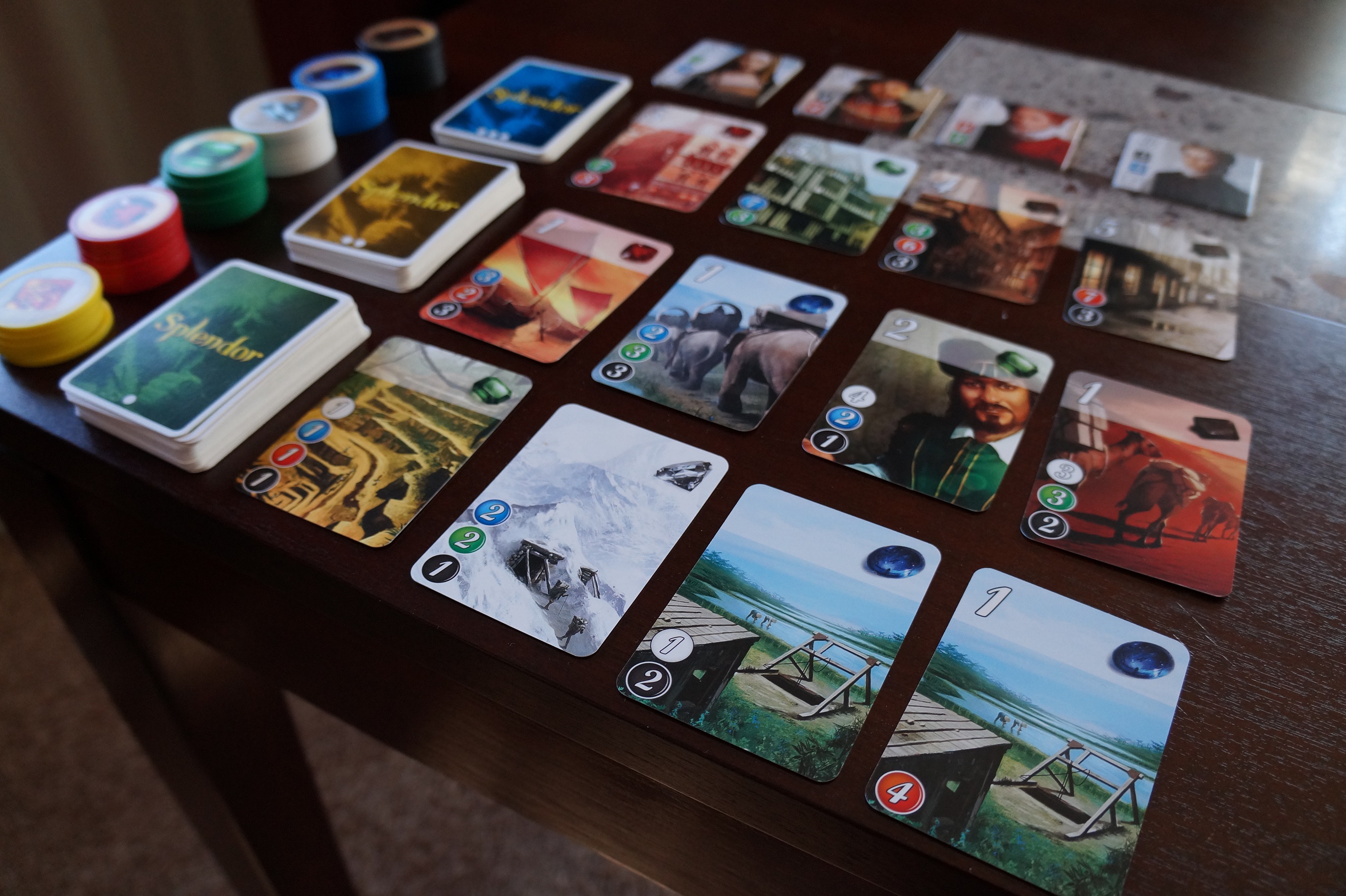 Additionally, there is a surprising amount of depth to be discovered in Splendor‘s gameplay. It doesn’t try to add complexity by throwing tons of pieces or minis into the box. Instead the game relies on its mechanics and adds only the necessary pieces. Simple game design with a focus on the core mechanics is a welcome treat in a marketplace that can get cluttered by games with huge boxes stuffed with dozens of tiny pieces or having to choose from expansion after expansion after expansion.

While Splendor has depth to its mechanics it is still Family friendly. It is recommended for players 8 and older, but I have played this with family members as young as 6. It is engaging and each game doesn’t take too long to play. Only allows four players can play at a time, so it’s not a great choice for big families or parties. 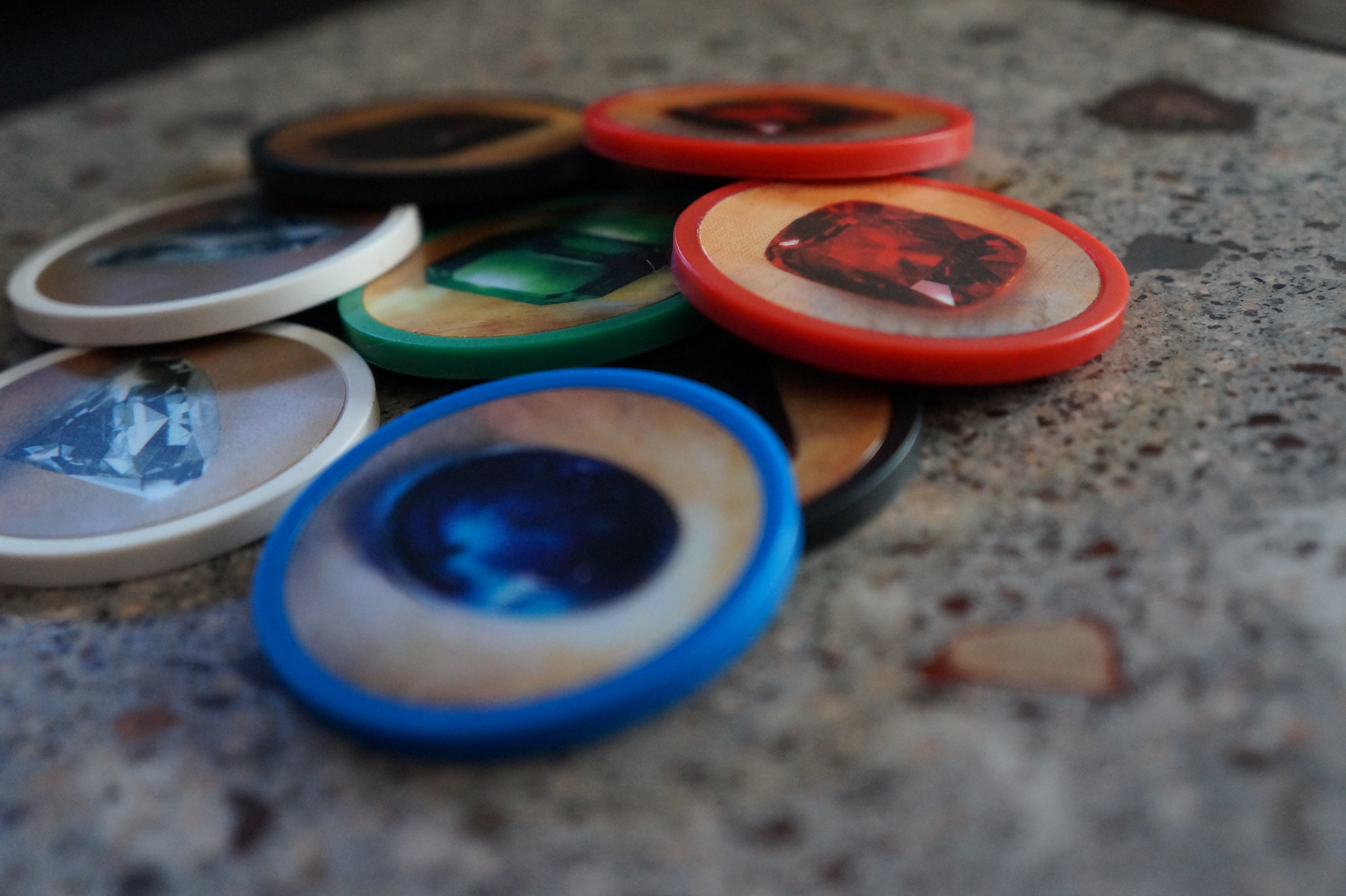 When opening up Splendor’s box you may be disappointed by the lack of content. Soon you will be drawn in by the wonderful art and will realize there is more than meets the eye. Eventually you will realize that Splendor is an extremely well put-together game with astounding production values and like me, you will highly recommend it to all your peers.