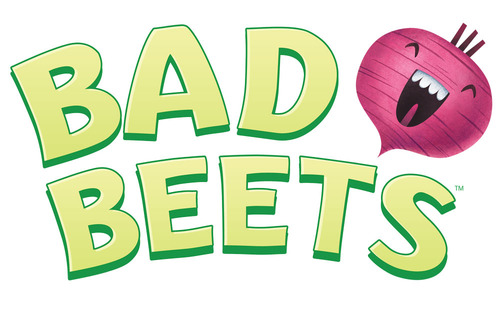 The board game market has become saturated with small bluffing games; One Night Ultimate Werewolf, Love Letter, Coup, Kobayakawa, Ca$h and Guns. Bad Beets is a game that deserves to be in your collection, and I would say should even replace many of those listed previously. Fast play, fun theme, and creative bluff calling system make for a game that’s hard to beat.

Players are children trying to get rid of their beets, they obviously haven’t been told beets are a good source of manganese. The first one to get rid of the 8 beets they start with wins the game. 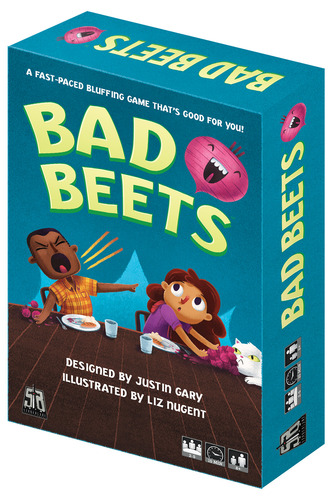 Each player has a card that gives them an action. One extra card is given to the start player and they decide which card to keep, passing the extra card to the player on the right.

The removal of beets from the plate can be accomplished many ways. Sucking it up and eating a beat will remove one beet and this is the simplest option. However, kids are rather creative and will try their hardest to get out of doing something they don’t want to do. Among the actions are sharing with your friends, feed them to the dog or tattle on your friend to give them some of your beets.

Now players can always lie about the action you take, but they risk the other players calling them on it. Calling a lie correctly will remove a beet from your plate. If the player was telling the truth the accuser gains a beet.

Getting rid of one beet can be all you need to win on your turn and gaining one beet is not crippling. Designing the bluff calling this way makes it so that players are more willing to actually call out lies. For example in Coup, calling a bluff is amazingly risky as you are halfway to losing if you call incorrectly.  Any player can call a bluff even if she is not directly affected. Doing this allows every player to have a say in how well other players are doing. 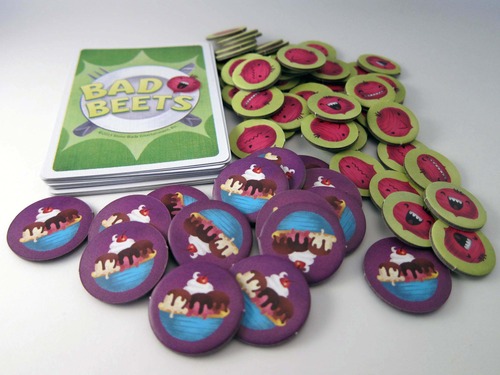 The theme is unique and serves this game well. Lying games often take place in courts or arenas of influence where players try to control power. Setting a game as children trying to not eat vegetables shortens the trip our minds take to set us in the game. Bad Beets can be extremely fun for kids and family as well as a group of hardcore gamers.

I highly recommend adding Bad Beets to your game collection. There are two advanced variants in the rulebook that can add variety to the game play. One allows for longer game play and the other incorporates a way to make your opponent discard their card.  An enjoyable theme, a good take on bluff calling and quick moving turns ensure this game will hit your table often.