Dungeon Defenders is absolutely chock-full of content, and really fun content as well. It is a deceptively deep RPG with the ability to find loot, upgrade your loot, character, pet and towers. It takes team work and some serious strategy as well. It has oodles of modes that can keep you busy for dozens and dozens of hours.

Skylander’s is by far the hugest kids game out there, it is nothing short of a phenomenon. Probably because the game is fun for both kids and adults. Once you catch the fever, you will want to start collecting the figures… all the figures. The 3DS version is a different game than the console and PC versions, but it uses the same figures! It comes with it’s own portal, and even has a unique skylander that you can’t get anywhere else.

Are you still using a hard drive with a spinning disc? Lulz. C’mon dude. Get the OCZ Technology Agility 3 SSD and Windows will load up in a blink. You know how loading screens in games are annoying? You will hardly notice them! 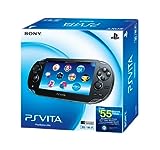 Are you in the market for a Vita? Our thrifty experts tell us the very best way to go is the PlayStation Vita 3G Launch Bundle from Amazon. It comes with an 8GB Memory Card, DataConnect Session Pass, CTA Digital PS Vita Screen Protection Kit and PSN Game. You get everything you need for $299.99. Sure, we would like a larger Memory Card, but with the 16GB going for a ridiculous $60, you might as well use this free 8GB Card until the prices inevitably drop.

Hot Shots Golf is typically a safe bet for any console or handheld (you really don’t need to be a golf fan to enjoy it), but Hot Shots Golf: World Invitational for the PS Vita seems to be the way to go for when picking up an extra launch title for your new Vita. Amazon has it for $10 less than retail, and so far the reviews have been some of the best any Vita game has received so far.

Mass Effect 3 with a $10 Pre-Order Credit

Mass Effect 3 is one of the most anticipated games of the year, and it is only a few short weeks from release! March 6 is the day and there is still time to pre-order and get the M55 Argus Assault Rifle and a $10 promotional credit at Amazon.com.

Okay, maybe Star Wars: The Old Republic hasn’t toppled the World of Warcraft juggernaut, but it is the first MMO that has given WoW a run for its money. If you are in the market for a solid MMO with tons of content, and an actual story, this game is worth a shot.

Majin and the Forsaken Kingdom for $6.58

Dear lord! Look at that price! For the same amount as you would pay for a value meal, you can get a very solid game that is bright and colorful and not just the same dreck you’ve been playing over and over. Give Majin and the Forsaken Kingdom a shot!

Michel Ancel has crafted an absolutely gorgeous platformer in Rayman Origins. I understand if you no longer have joy in your heart, but if your soul hasn’t completely left your body, you will be delighted by this title.

Once again with feeling: