In honor of the amazing Half-Witch having come out this month, here are five other titles doing things by half measure only in the title. (I am not sorry for the puns.) But first, here’s a bit about Half-Witch: 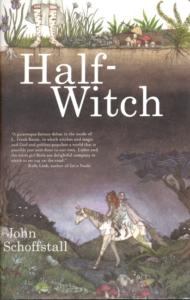 Half-Witch (John Schoffstall) – Lizbet Linz is not a witch. Nor is her father, although he would very much like to become one. Unfortunately, he bumbles his way through spells that end up going very wrong, and Lizbet is forced to flee with him from village to village to escape various villagers’ wrath. But finally, at the very edge of civilization, Gerhard’s last spell goes wrong. Mice rain from the sky, overrun the township, and land him in prison. It’s up to Lizbet to free him, but how? She has no magic. Strix does, though, a witch’s child who resents her as much as Lizbet resents Strix. They’re two halves of a whole, though, if only they can realize it in time. Told in a whimsical style not unlike that of Catherynne Valente, albeit without the voluble wordplay, this is a bit younger than most YA but thoroughly delightful all the same. It embraces the absurdity of its medieval setting, with cheeky devils and superstitious townsfolk and even Jesus popping in for a chat, but the emotional core is anything but silly. These girls may only be half witches, but they’re each fully awesome. 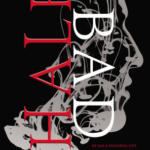 Half Bad (Sally Green) – These are three Half books—Half Bad, Half Wild, and Half Lost, with two connected short stories, Half Lies and Half Truths—and oh dear god I have lost the meaning of the word half. Okay, it’s back. Anyway, Nathan is the son of a White witch and a Black witch, which are moral designations rather than racial ones, although it’s not hard to see the parallel. White witches despise Black ones for their supposed evil magic, but all Nathan wants to do is live peacefully in nature. But the White witches want to enslave him and his love of a young White witch woman will not let him walk away. Never one for half measures (sorry not sorry), Nathan decides to take the fight to them. 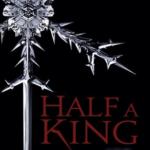 Half a King (Joe Abercrombie) – Another trilogies of halves, these books—Half a King, Half the World, and Half a War—follow the reluctant heir to a divided kingdom. The moieties are many: Yarvi has one able and one disabled hand, deals with a society that divides people harshly between physically strong and weak, and lives in a world torn between past and future. Grimdark but well-written, it meditates on how stark dichotomies are never actually so clear-cut. 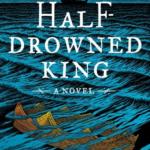 The Half-Drowned King (Linnea Hartsuyker) – This story is less about theoretical or literal divisions between two opposing things, and more just about the fact that the main character, Ragnvald, nearly drowns. I know, so literal. It hews reasonably well to Icelandic saga literature and to history, being more historical fiction than SFF, but since there are sagas involved I included it. Plus, it’s a messy, fascinating tale with messy, fascinating characters. Worth at least half a look (not sorry!). 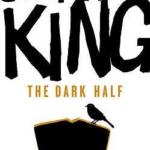 The Dark Half (Steven King) – I think at some point Steven King got tired of everyone asking “where do you get your ideas?” and commenting about how dark his psyche must be, and combined with the fact that he also had a pseudonym, this was the result. Thad Beaumont’s pseudonym is given life and begins murdering people he knows, forcing him to try to unravel the supernatural and scientific mishaps before he is implicated for the crimes. Like many King novels, twins and psychic powers feature heavily. 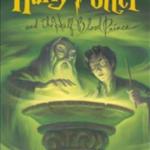 Harry Potter and the Half-Blood Prince (J. K. Rowling) – Like most of these books, half refers to a character’s mixed heritage, this time between muggle and wizard. The villains and maybe-not-villains (Snape and Voldemort) are both obsessed by racial purity both because and in spite of the fact that they are not “pure” themselves. And because this is English, purity also means wealth, status, and power—theoretically. In reality, it means an overblown sense of entitlement. Fighting this notion of hierarchy are Harry Potter & friends, of course, but Rowling also exposes the deep ironies inherent to the equation of inheritance and worthiness.