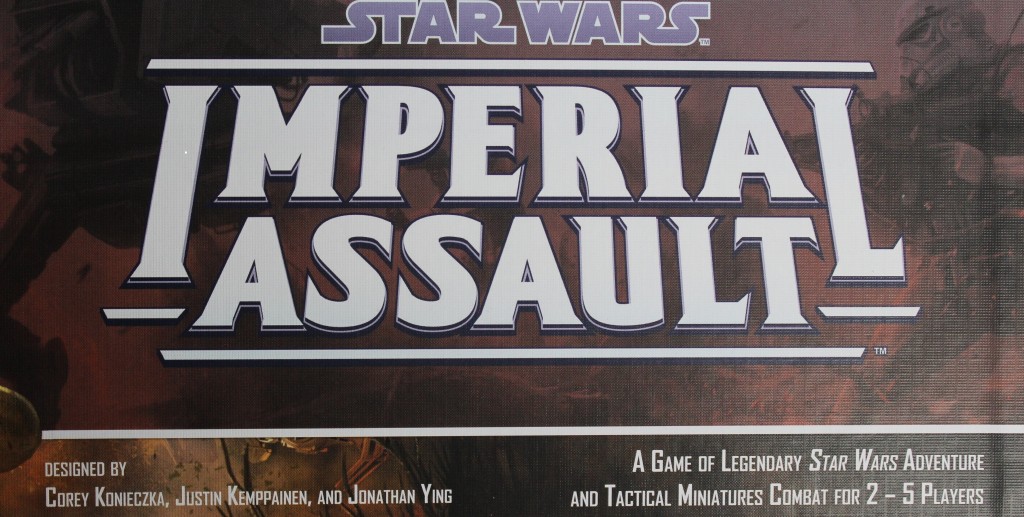 Star Wars holds a dear place in the hearts of fans. That fantastic sight of yellow words crawling across the screen and the sound of lightsabers crashing against each other are iconic. Personally, the thing that comes to mind when I think of Star Wars is my C-3PO action figure holder. It held all my Star Wars action figures that my brother and I would use to recreate scenes from the movies. We always dreamed of being Rebel heroes, facing the large force of the Imperials. Star Wars: Imperial Assault by Fantasy Flight brings all those memories to the forefront, and makes me feel like I am in the Star Wars universe again.

The meat and potatoes of Star Wars Imperial Assault is the campaign which is played out over a series of missions and side missions. One player controls Imperial Forces and serves as the game master, setting up the map and implementing the events in each mission. The Imperial player also controls waves of miniatures, and tries to bait Rebels into falling into traps.  The other players take control of the elite heroes from the Rebels. Playing either side is fun!

Missions are varied in the tactics they require from the Rebel forces. In some missions, Rebel fighters are expected to last a number of rounds or complete a task and get out as quickly as possible. 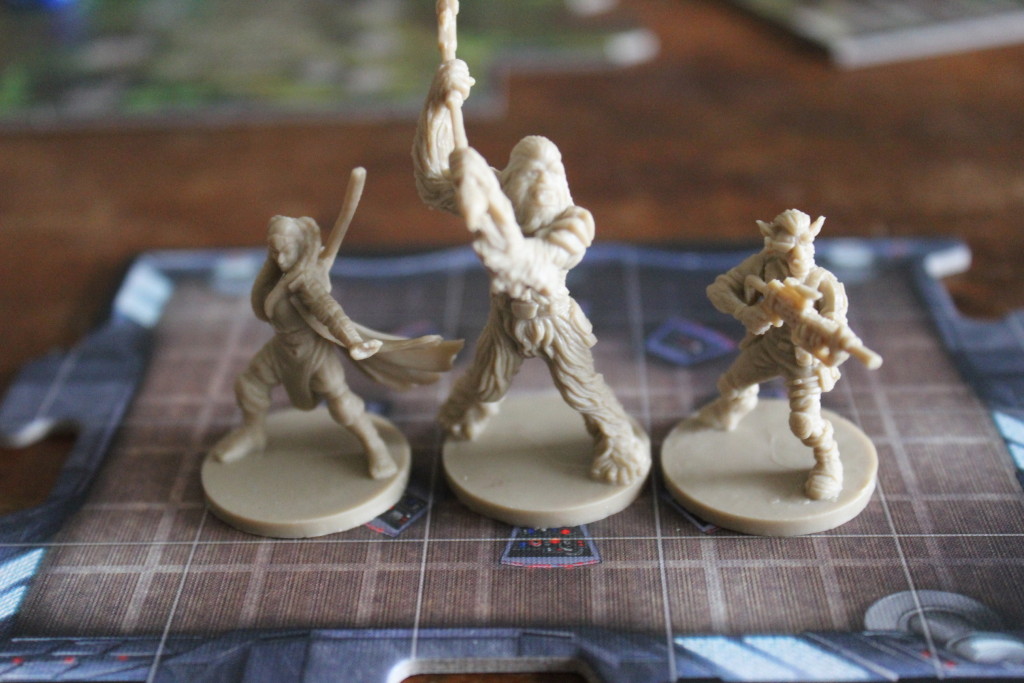 After a mission, both sides collect rewards and can spend XP to gain new abilities. Missions  won or lost will determine the final mission, deemed “The Finale,” allowing for the campaign to be played out several times with different results. 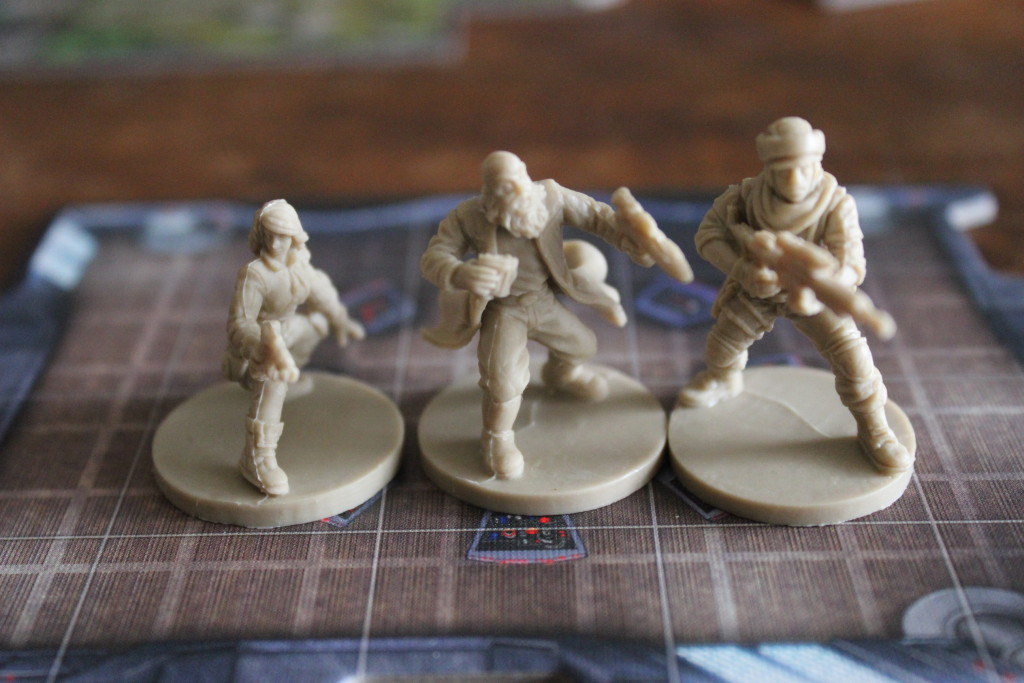 There is a real depth present in the missions. I have played through the introductory mission twice and have seen it play out differently both times. My group put in roughly five hours to complete the introductory mission, the first story mission and two side missions. We excitedly dashed our characters around the board desperately trying to hold off the Imperials while our Rebel brethren transmitted  a signal out from another Imperial base. That was our mission, to be a diversion for the greater good for the Rebels. Imperials, controlled by the game master, slammed wave after wave of Imperials after us. Two turns left, and the big guns came out. The AT-ST and Darth Vader on the same map can truly be scary for the Rebels.  Although I have not played through the entire campaign, I wholeheartedly believe you will get your money’s worth from the game.

The group was having fun playing the game, but I found myself wanting something more out of the game play. Most of a player’s turn is spent either shooting or moving. Those playing the Rebel heroes, can use their special ability, which often is to do more damage via shooting or shooting under a special condition. This seems to limit the scope of how “tactical” you can get while playing. 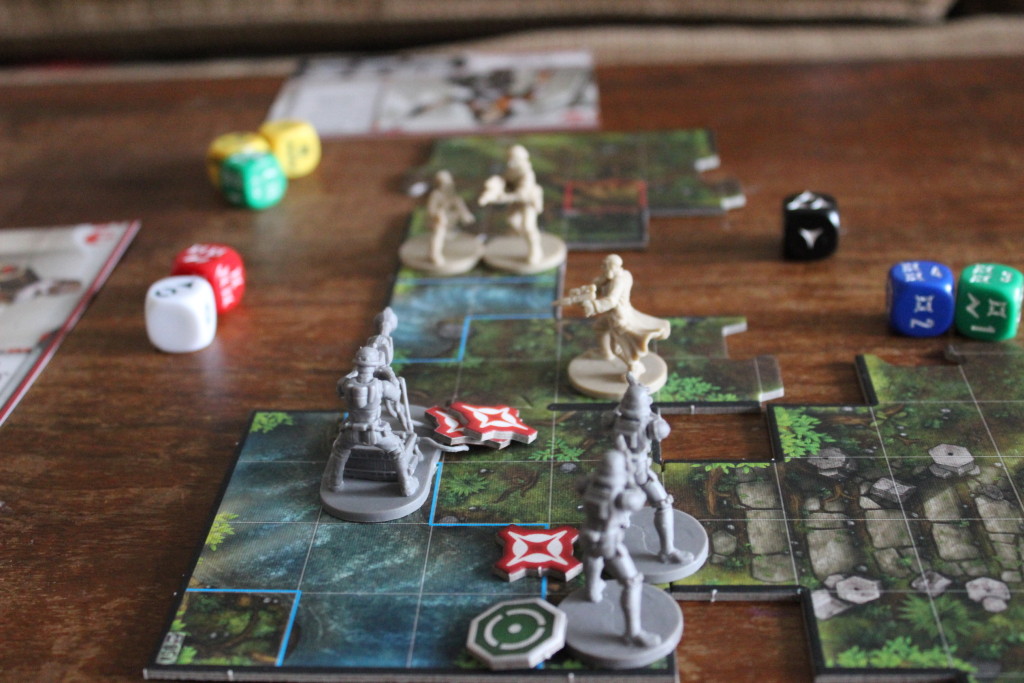 With the purchase of the game you are given 34 miniatures, including one not-so-miniature AT-ST. The miniatures are highly detailed and true to the original movie trilogy in terms of design. The miniatures are unpainted and while it is my personal belief that if I pay for a game the miniatures should be painted, I do see the value for those who endeavor to paint miniatures. The art present on cards representing the miniatures is fantastic and makes me sad that I don’t see the full effect on the monochromatic miniatures. For someone who has never painted miniatures before, to start with these would prove a daunting task. My last dig on the miniatures is breakage. Two of my Probe Droid miniatures had thin spindles connecting them to their bases, which promptly broke. One of the Imperial Officers’ arm broke off during delivery of the game. 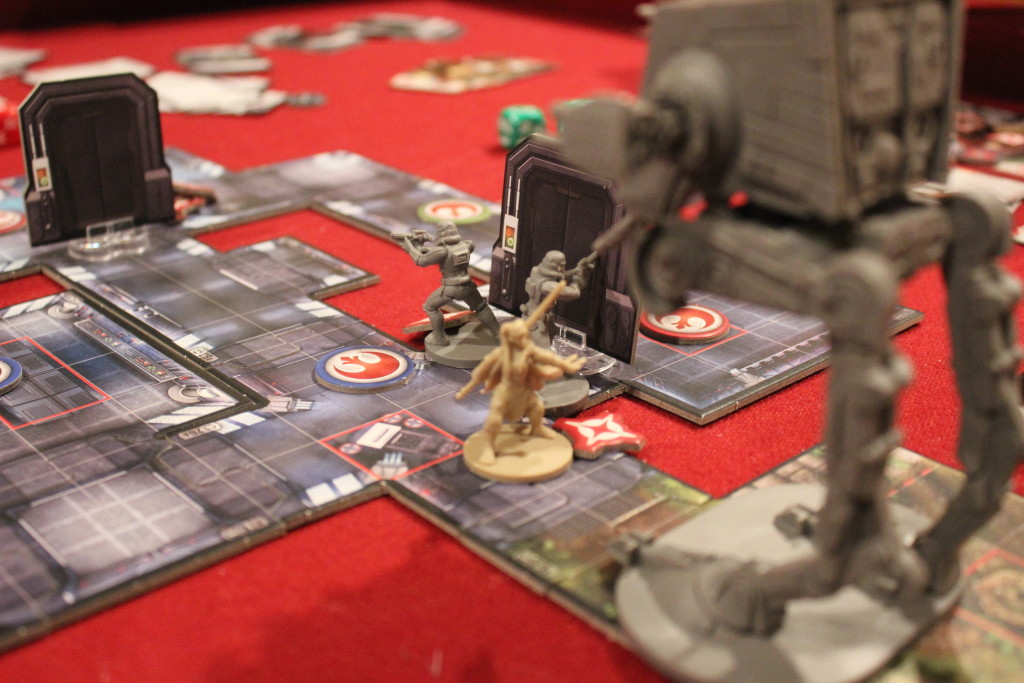 Fantasy Flight has taken huge advantage of their license for the Star Wars Universe with previous board games. They know how to do Star Wars well and it shows with this game. Players really feel like Rebel warriors battling Imperial Forces over a diverse set of terrains. Conversely, drawing those Rebel “scum” into a perfectly laid trap, and advancing your Imperial Force agenda is equally delightful.

However, Star Wars: Imperial Assault is a hard game to recommend unless you are a true fan of campaign games and Star Wars. The game leans heavily on the theme in order to be fun—knowing and caring about the outcome is critical to enjoying this game. If you are not a fan of Star Wars and saving (or destroying) the universe as George Lucas sees it, you will find it hard to maintain interest and enthusiasm for the missions.